This week we’re having a devilishly good time with the Warner Archive Instant catalog, spotlighting three films with three very different kinds of villains. The normally loveable Andy Griffith is a terrifying, power-hungry monster in Elia Kazan’s prophetic, mass media-skewering A Face in the Crowd (1957). Jean Harlow is the ultimate girl from the wrong side of the tracks– a slutty sexpot on a mission to ruin the lives of everyone she comes into contact with in the pre-code classic Red Headed Woman (1932). And Alan Arkin stars alongside Audrey Hepburn as one of the slimiest, scariest villains of all time in the edge-of-your-seat thriller Wait Until Dark (1967). 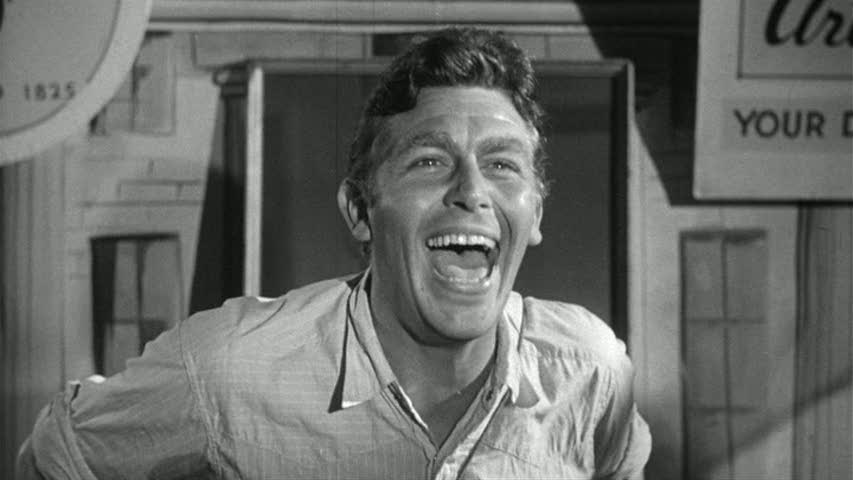 Almost all film lovers know about A Face in the Crowd, Elia Kazan’s most underrated jewel. The fact that WAC Instant is streaming this genius (yes, genius) piece of satire is cause for celebration, indeed! And if you’ve only seen it once, you HAVE to watch it again for its sheer audacity and power. If you haven’t seen it, I envy you the thrill of enjoying it for the first time

A Face in the Crowd is a profoundly prescient prediction of things to come, following a “man of the people,” Lonesome Rhodes, from relative obscurity into the eye of a media hurricane. From radio to television and finally politics, this modern day messiah has an unquenchable lust for power, and the true evil nature of Rhodes, and of all men, comes to a nauseating and realistic conclusion. The real revelation, however, is that Andy Griffith, known today as the sheriff of Mayberry and even more benignly, as lovable, cuddly Matlock, is this film’s demon-like antagonist. A Face in the Crowd remains a parable for the ages, and a cautionary tale for those who blindly follow the Glenn Becks and Rush Limbaughs today. 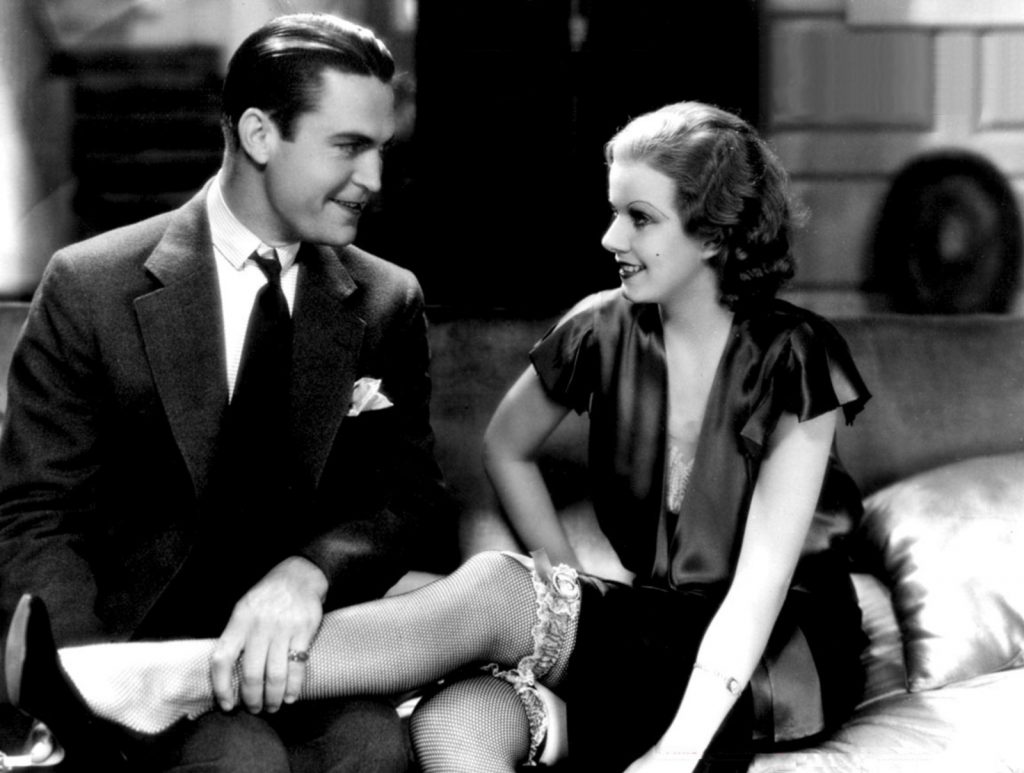 Like her blonde bombshell successor, Marilyn Monroe, Jean Harlow was entirely a product of Hollywood … and her personal life suffered accordingly, just like Monroe’s. Her worth as an actress, also like Monroe’s, is often overshadowed by her sex symbol status and it is obvious that naysayers have probably seen very little of either woman’s work. I present for the jury, this fantastic pre-code offering in the Warner Archive Instant catalog: 1932’s Red Headed Woman.

It was still very early in Harlow’s career when she was languishing under her contract with Howard Hughes when she was finally acquired, thanks to the manic persistence of MGM producer (and future husband) Paul Bern.  She was very reluctantly (Thalberg’s desperate last resort) cast in what was being called the most “unfilmable” movie in Hollywood, a racy sex film called Red Headed Woman. But the film had the good fortune of being adapted by the fast, witty, wonderful  Anita Loos, who penned the red-headed homewrecker, Lil Andrews, with some serious sass and zippy one-liners. No one had really thought of Harlow as much of an actress up to that point because, well, she wasn’t. Harlow had yet to find her stride. But Loos’ script had plenty of what was to become Harlow’s finest talent: rapid-fire dialogue; the petite 5-foot-2 platinum blonde found that she was able to fire off lines like a six-shooter at the OK Corral. Although the sweet, good-natured Harlow resented being painted to the public as a salacious man-eater, the result was solid gold. MGM had a formidable star on their hands. The Legion of Decency had a hernia. The critics took note. The rest was history.

Harlow is Lil Andrews, a slutty sexpot who has  only one thing on her mind. Ok, two things on her mind: sex and money. Her target is, who else, her handsome boss (played by the eye-rolling milquetoast Chester Morris). The fact he’s married to an ice queen only makes her conquest easier. She easily seduces the hapless weakling because, well, she is absolutely smoking hot and is even hotter in bed. After creating what is perhaps the most spectacular home wrecking scene in film history, Ice Queen divorces her spineless husband and Lil Andrews soon finds herself mistress of a very large home and even larger fortune.  Chester Morris is wracked with guilt, but … you know. So much awesome sex. It’s hardly surprising that society will have nothing to do with her, and all attempts at being accepted by the “better families” end in humiliation. Suffice to say, things don’t end well for Lil Andrews, and for all of you out there who just love girls with guns? You won’t be disappointed.

Red Headed Woman is Jean Harlow’s breakout role and set her career trajectory on the road to super stardom. The sparkling pre-code classic is still so brazen today with all its garters and legs and slinky lingerie and cheeky nipplage, that it’s little wonder audiences freaked out 1932. (Also it’s little wonder that it was such a hit. Sex sells. Big time. I’m wagering there were plenty of copies of Photoplay magazine with Harlow on the cover that hubbies kept secret from their wives.) We know that Lil is going to get her comeuppance, but when she says things like “Do it again, I like it! I like it!” after having been smacked around by her lover? Well, we kind of wish she doesn’t get run out of town. Where’s the fun in that? 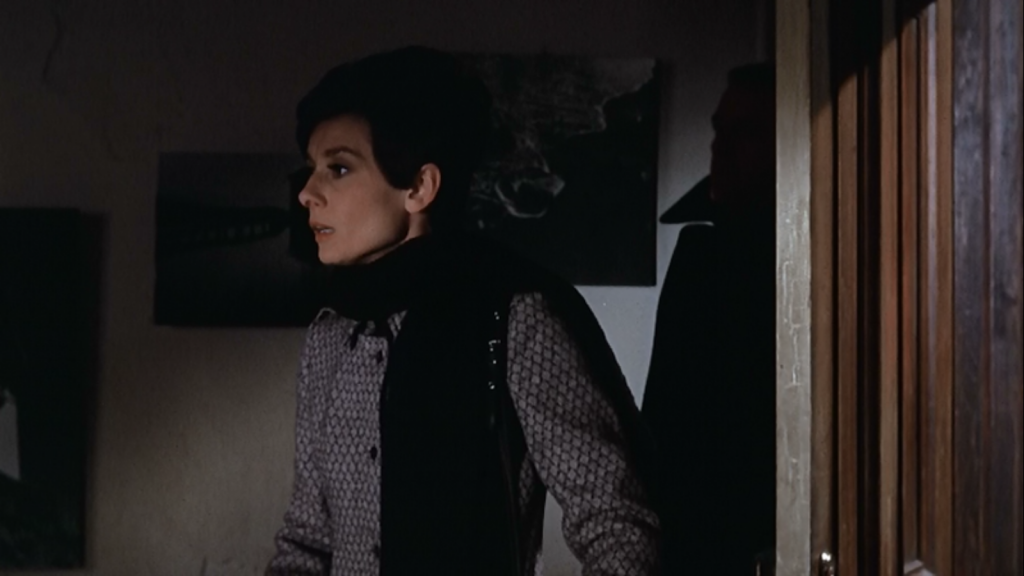 OK, so. Here’s my story about Wait Until Dark. Sophomore year of high school, my English teacher had an ambivalent relationship with our class. We were extremely obnoxious 15-year-olds, and my particular class had about half the junior varsity football team which meant there was little-to-no work done from the back half of the classroom. She wasn’t the nicest woman, but I definitely felt for her: no one should be subjected to a room of thirty-two 16-year-olds in an enclosed room for extended periods of time. One day, she had enough. We weren’t even 5 minutes into the period when she slammed her book down on the table and said, “That’s it. You all think you’re so tough? Fine. Let’s just watch a movie instead.” We were confused, but she turned off the lights and slipped in a VHS cassette … the movie was Wait Until Dark. Years later, I look back at the woman with amazement. Oh how that woman must have hated us. She was determined to not only shut us up, but to scare the hell out of us while doing it.

Wait Until Dark is top-notch filmmaking in every respect, with a dazzling script that simply begs for repeated viewings. The subtle thriller, directed by Terence Young, stars Audrey Hepburn is an innocent blind woman whose husband, a busy photographer played by a rather douchey Efrem Zimbalist Jr., has been unknowingly implicated in a drug smuggling scheme. While traveling, Zimbalist ends up in the possession of a children’s doll … a doll which happens to contain thousands of dollars worth of heroin. Dangerous criminal Alan Arkin will stop at nothing to get his hands on it, and recruits two independent small-time cons (Richard Crenna and Jack Weston) to confiscate the goods from Zimbalists’ apartment. The problem? Zimbalist is married to an innocent blind woman, Audrey Hepburn, who, like her husband, is ignorant of their situation. When Zimbalist leaves to go out of town for work (which, I might add, he does knowing full well there’s been a murder in the area and yet doesn’t think twice about leaving his BLIND WIFE at home alone  … more on that later) Hepburn becomes the only thing standing between Arkin & Company and the heroin doll. The thugs are absolutely convinced the doll is somewhere in the house, and take on an elaborate ruse to try and milk the truth out of Hepburn. It is their merciless, psychological torture of the defenseless Hepburn that is more terrifying than any of the shadowy corners or dangerous knife-fights that proliferate the movie. Can a lone blind woman outwit and outmaneuver a trio of ruthless thugs? Spoiler Alert: She can if she’s Audrey Hepburn!

Wait Until Dark truly is one of the most finely crafted thrillers you will ever have the pleasure of watching. Hepburn is entirely believable as Suzy and makes for a very strong heroine, proving yet again that the actress did have range and was so much more than just a pretty face. But the star of the show is Alan Arkin’s oily scumbag Harry Roat. Even the name sounds loathsome. He slithers on screen, emanating evil from every pore and is positively riveting to watch. Henry Mancini’s dissonant score is appropriately chilly and understated– let’s call it “moody mod”. And Terence Young’s direction is careful, calculated, and quiet as a mouse … making the white-knuckled climax all the more thrilling. The movie is filmed largely in wide angles and , proscenium style, as the material was adapted from a stage play, which means that the horror doesn’t come from choppy editing or manipulative music– it comes from the very real events folding right in front of you. Watch the film at night, with the lights off, and preferably in the company with someone who happens to think “old movies are boring”. Like my English teacher back in the mid ’90s, you’ll have the gleeful delight of watching them jump out of their seats.

My only qualm? I think we all can pretty much agree that Efrem Zimbalist Jr. is about the shittiest husband of all time. After the heart-beating climax, Zimbalist finally makes his appearance like the goddamn Prince Charming from Snow White— conveniently resurfacing after the chick has done all the hard work. The emotionally fractured Hepburn, who is LUCKY TO BE ALIVE, is grasping for her husband to comfort her, and the bastard refuses to go to her. Instead he stands there like some superior benefactor, motioning for her, “You can do it Susy! Come to me.” Excuse me? Of COURSE she can do it, where the hell have you been for the last two hours? Oh yeah, that’s right: you were off developing film in your darkroom while your 98 pound BLIND waif of a wife fended off three dangerous criminals and killed a man with her own two hands. And you have the nerve to not run to her begging for forgiveness for being an absentee asshole husband? Screw you, Efrem Zimbalist Jr., and all hail Queen Audrey.

An interesting face (and some talent) go a long way: Sterling Holloway

“Sterling Holloway brings a new type of comedy to the screen as different as he himself is in the Hollywood galaxy.” Where there are leading men and women to light up the marquee and draw […]