It’s become part of the American conversation to joke about the dysfunction and awkwardness that holidays and family gatherings foster. From SNL’s Drunk Uncle to National Lampoon’s Christmas Vacation, these familiar and familial archetypes are well chronicled. But how about the real dark stuff; films that expose our country’s seamy underbelly, meditations on the less fortunate, the unkind, the unjust and the uncaring? You don’t have to look far to find stories that slash at our collective optimism (figuratively and literally) and make one question the reason for the season. Leave it to Uncle Wade to play Debbie Downer once again and spike your holiday cocktail with an extra shot of cynicism and a dash of bitters. Here, then, are my Top Anti-Thanksgiving Films. 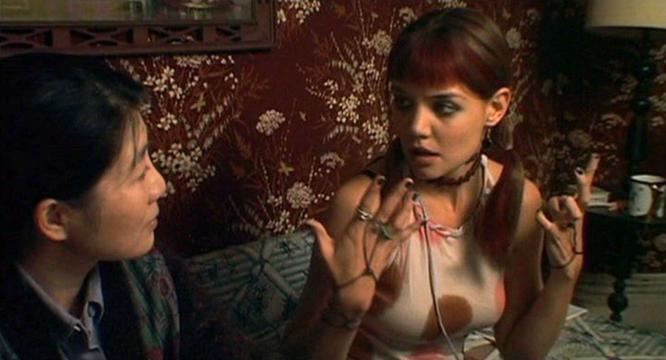 Pieces of April is everything you want in a dysfunctional family celebration; a disastrous meal preparation, a parent on the downward spiral of cancer, funky neighbors who become a surrogate family, and every other type of inappropriate happenings that threaten to destroy the tenuous dance we all do at Thanksgiving. April Burns (Katie Holmes) decides on a lark to host her family’s Thanksgiving dinner; she the eldest daughter in a family of toxicity, all in the hopes of connecting with her mother who may be celebrating her last Holiday. From a non-working oven, to parents desperately trying to connect, the story (written by first time director Peter Hedges; his script for What’s Eating Gilbert Grape? obviously  illustrating dysfunction at its most endearing) realistically pivots from painful to hilarious to poignant in a matter of moments. Beyond the solid script and direction are the standout performances by Katie Holmes, Patricia Clarkson and Oliver Platt. And like most family gatherings, it’s painful to get through, but worth the ride when looking back nostalgically.

Available for streaming on Amazon Prime 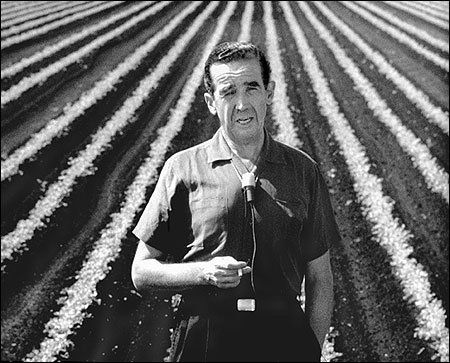 As his swan song from CBS, news titan Edward R. Murrow produced his final documentary, a blistering condemnation of the plight of migrant farmworkers. The pure genius of this telefilm was his ability to get CBS on board to air it on Thanksgiving night. When in the wide world of TV history would you find a network to make such a ballsy move; just as dad and Uncle Joe are waking up from their turkey induced naps, the kids are gathering around the set, and mom and Aunt June are serving up pieces of pie? Filmed in rundown labor camps, interviewing workers in Florida, the piece reveals scenes of frank poverty, squalid living conditions and mistreatment of mankind with an unforgiving eye. One farmer is quoted as saying: “We used to own slaves. Now we just rent them.” And as Murrow solemnly intones; “This scene is not taking place in the Congo. It has nothing to do with Johannesburg or Cape Town. It is not Nyasaland or Nigeria. This is Florida. These are citizens of the United States, 1960.”

You can hear the silverware clatter to the floor, and see the color leaving grandma’s face. 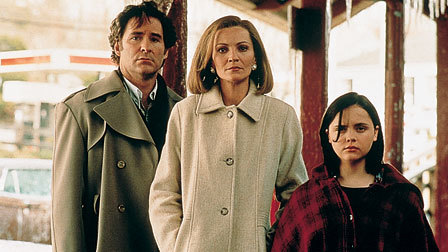 Uncomfortable family gatherings, drunk and disorderly parents, kids left to their own devices as they dabble with drugs and sex — sound like your typical Thanksgiving? It was in bucolic Connecticut during the swinging seventies, depicted with aching clarity in Ang Lee’s The Ice Storm. The political and sexual politics of 1973 come to a head within two suburban families during Thanksgiving. Kevin Kline and Joan Allen are the desperately bored and disillusioned Hoods parents, and Sigourney Weaver and Jamey Sheridan are the sexually amorous Janey Carver and cuckolded Jim Carver who are so self involved that they fail to notice the warning signs coming from troubled children Elijah Wood and Adam Hann-Byrd (who are exhibiting drug fueled growing pains with Hood kids Christina Ricci and Tobey Maguire). Katie Holmes, ever the object of unwanted affections, passes out from sneaking her mother’s sleeping pills, and someone gets electrocuted.

In the midst of all this repression and tension is an ice storm, which in all its fragmented beauty reveals that death can be sharp, dangerous and gorgeous. A beautiful and beautifully fucked up story, The Ice Storm is as perfect a criticism of 1970’s excesses as it is a prescient examination of Thanksgiving in all its hypocrisy. 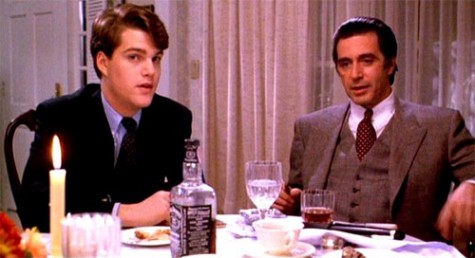 Ever have one of those long weekends that’s a holiday for everyone but you? While rich kids are enjoying ski trips and families are gathering for excessive food intake, you are just counting the minutes until some fuse you lit before the four day weekend blows up in your face Monday morning? Scent of a Woman is about a lot of things, but for me it was the unendurable time spent with family and friends that is just a placeholder ‘til the real shit hits the fan. A remake of the 1974 Italian classic bearing the same name, the 1992 American version sports a blind Al Pacino in his scenery chewing best, as a belligerent, alcoholic retired army Lt. Colonel who is being “babysat” for the Thanksgiving weekend by prep school student Chris O’Donnell. The Colonel plans out a convoluted escape to the big city in order to prove that he can have a last blow-out before blowing out his brains.

The scene though, that brings all the heinous cringe-worthy holiday relatability to a head is Pacino’s crashing his family’s turkey day meal to completely insult every relative until he is thrown out. And O’Donnell does a splendid job of being the guy who is thrown into the excruciating place we’ve all been in, sitting at a dinner table, odd man out, as the potent barbs are thrown from one family member to the other.

Just as Robert Rodriguez’s trailer for faux film “Machete” in Quentin Tarantino’s Grindhouse became a real thing, so has Eli Roth’s satire of ’70s slasher films like Black Christmas spawned pre-production for a feature length “remake” of his 2 minute long horror parody Thanksgiving. Dressed as a pilgrim, a homicidal lunatic makes short order of a family in the most creative, blood-soaked holiday inspired fashion. Dark as midnight, this preview includes decapitation and turkey sodomy, resulting in one o fthe mnost laughable and disgusting trailers to come “over the river and through the snow.”

I may be cheating by including this, but once you see it, you’ll agree that there’s nothing quite as dark, or anti-Thanksgiving as this terrifying holiday confection.