Poor Casper. All he wants is to be a normal boy, running and playing with all the other kids…but he can’t, because he’s dead. It’s rather morbid, if you stop to think about it.

He’s forced to float around in the afterlife in a haunted house with fellow ghosts and ghouls, including the mischievous Hairy Scary, who sounds a lot like comedian Ed Wynn (actually voiced by John Stephenson). Casper doesn’t dwell on his misfortune, but makes the best of his situation by maintaining a positive outlook on life, or rather…death.

On one particular Halloween, Casper, the friendly ghost, isn’t his bright and chipper self; he’s feeling quite melancholy. More than anything he wants to go trick-or-treating, but how can he? He’d surely be turned away because of his ghostly condition. No one in the human world understands him. Casper devises a plan to dress up like a boy by throwing on a hat and some glasses, which makes him look like a ghost in a hat and glasses (actually, he really looks like an anemic, anthropomorphic beluga whale). Meanwhile Hairy Scary, and the rest of the ghosts and ghouls in the haunted house, decide to raise a little hell, despite Casper’s objections to keep Halloween a fun, lighthearted affair. 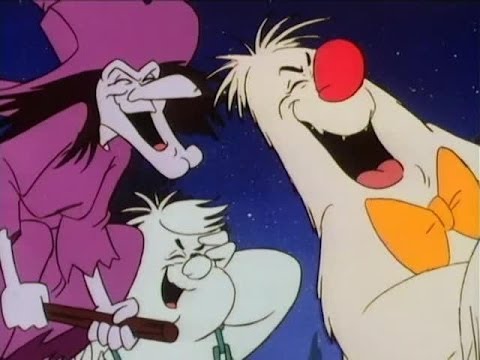 Meanwhile, over at the local orphanage, the poor, wretched children have been informed there isn’t enough money to buy proper costumes for Halloween. The orphanage’s headmaster offers the children a basket filled with random odds and ends to help turn their street clothes into something that passes for a costume. Happy to be out for a night of fun, the orphans spot a group of rich kids dressed in fancy store bought costumes, carrying bags filled with candy. We’re talking the good, full bars kind of candy, not that shit wrapped in orange and black wax paper. Hoping to fill their buckets with the good stuff like the rich kids, the orphans attempt to trick-or-treat in the nice neighborhood. Unfortunately, they are turned away.

The orphans with their lousy costumes and shitty candy run into Casper, who immediately reveals himself to be a ghost in disguise. Surprisingly, none of the orphans are disturbed by this. The children and Casper have something in common: they’re all social outcasts. They become fast friends, enjoying the rest of their Halloween night together. Meanwhile, Hairy Scary and his group of goblins and ghouls, terrorize the town with their spooky hijinks. The antics do not go unnoticed, and the uppity townspeople assume the kids from the orphanage are to blame. Don’t worry, though: Casper won’t let the kids fall victim to the evils of classism. 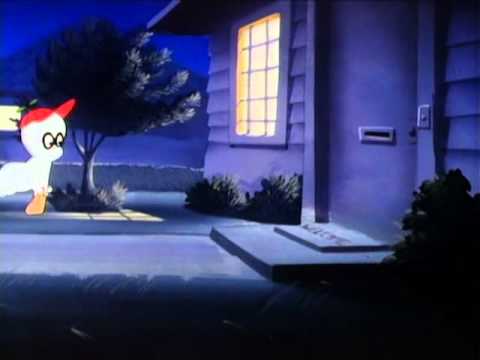 Casper, the Friendly Ghost was originally part of Paramount’s animation division, Famous Studios. Paramount eventually sold the rights to Casper, allowing for Hanna-Barbera to produce holiday specials for television. For this spooky Halloween season, check out the Warner Archive Collection’s MOD DVD of Casper’s Halloween Special (1979), aka Casper Saves Halloween.  Also included is the Hanna-Barbera holiday special The Thanksgiving That Almost Wasn’t (1972), which tells the story of the first Thanksgiving through the eyes of a pair of adorable squirrels. Aww!

Although both Casper’s Halloween Special and The Thanksgiving That Almost Wasn’t haven’t aged as well as say, the Peanuts holiday specials, they are a fun watch for nostalgia’s sake.