You should probably know that before going into this review of one of his best films. I think he did adequate work in his early days, after serving in World War II and as a Pennsylvania coal miner. He was the tough silent guy; his mere presence promised a dangerous and suitable “man for the job,” as he worked tirelessly in early television throughout the ‘50s. Then, in The Magnificent Seven, The Great Escape and The Dirty Dozen, you could always count on him to be the stoic muscle to round out your most skillful gang . And like the man he was most often compared to, Clint Eastwood, he was “appreciated” by Sergio Leone, who made a star out of him as the Man with the Harmonica in Once Upon a Time in the West. And I’m still on board for all these films and performances. But once Bronson started working with director Michael Winner and churning out the many iterations of Death Wish, you lose me.

Even though Bronson was a more recognizable face almost ten years before Eastwood (he “bummed around” in smaller, supporting roles much longer), it was Eastwood who quickly learned and understood the process of filmmaking and therefore, took charge of his career (first as actor, then producer and finally director) more efficiently than Bronson. When Bronson turned down the role of The Man With No Name, Leone went with Eastwood, and history was made. It was later that Bronson and Leone would finally work together in Once Upon a Time in the West, but it was a little too late; the Eastwood machine was off and running. 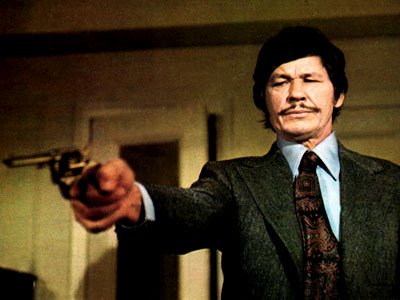 Director Michael Winner joined forces with Bronson after the actor had made a string of lackluster Italian films, hoping to parlay his medium-cool American fan base with an International audience, much like Eastwood did. Their first film together, Chato’s Land, was a disappointing “revisionist Western,” which half-heartedly attempted to capture Leone’s successful style. But Winner and Bronson hit it off, and the next project, The Mechanic, was lightning in a bottle, and set Bronson’s comeback into motion, a career that didn’t falter for another 15 years.

The Mechanic has a fascinating origin. Developed by rebel director Monte Hellman (Two-Lane Blacktop) and writer Lewis John Carlino (director of The Great Santini), it told the story of a middle-aged hitman who takes on a protégé, and they become lovers. The cat and mouse game the two men play is competitive and sexually charged, but Hollywood (and George C. Scott, originally slated for the role) weren’t comfortable with the subject matter and it was put in turnaround. Enter director Winner who tasked Carlino with rewriting the script and losing the homosexual plotline. Carlino was heartbroken at the traditional trajectory his rewrite took, but agreed to it. Winner wanted Bronson for the hitman. 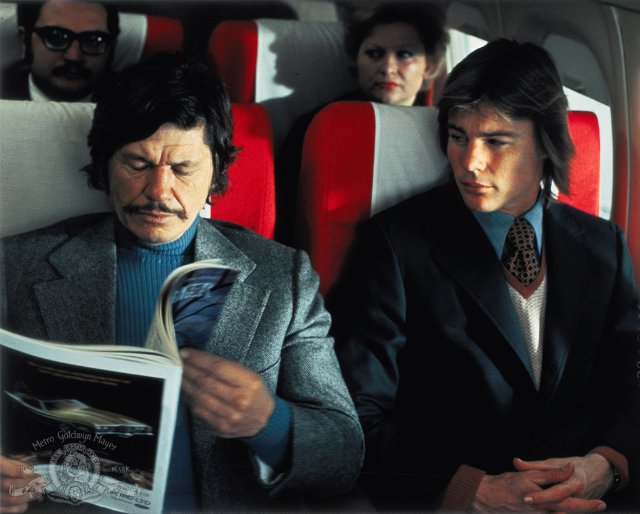 Arthur Bishop (Bronson) is a precise and detailed (to a fault) hitman who takes great pains to make his targets’ deaths appear as accidents. The opening “hit” takes place in one well-staged and directed 16 minute sequence with no dialogue. He takes his assignments from a faceless voice on the phone, followed by delivery of a dossier with all the target’s information — health records, daily schedule, and photographs.  He lays them out on a bulletin board, studying every detail while listening to classical music in his comfortable bachelor pad (with red velvet walls and lurid paintings) while smoking a pipe. He’s emotionless and serious (Bronson to a T), even when having to take out an old family friend (Keenan Wynn). This particular “hit” allows for a meet-cute with the dead man’s son, spoiled and heartless Steve McKenna (Jan-Michael Vincent) who Bishop discovers is more coldblooded than himself, as evidenced by McKenna inviting Bishop to sit by and watch as his girlfriend attempts suicide. 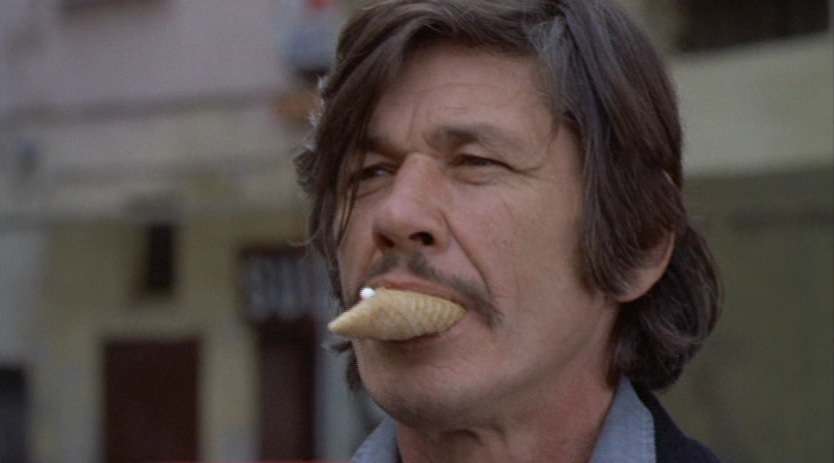 Whether Bishop really needs an “associate” (his reasoning) or because there are leftover themes of homosexuality from the original script, Bishop offers McKenna the gig and he accepts. What follows is a long montage of teacher and student — but let’s face it – this sequence plays more like the clichéd walks on the beach, drinking wine in front of the fireplace, and longing looks across the livingroom. Either way, people will say they’re in love. In fact, the one scene that reveals Bishop is straight is the most compelling in the whole film. (Bronson’s wife, Jill Ireland, plays a woman he periodically shags. No spoiler, but what starts out as a typically misogynistic Hollywood rendering of a tough guy and his booty call, turns into something surprising and more refreshing than you’d ever expect). 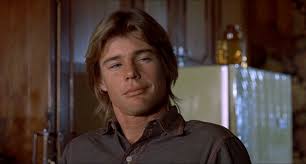 Before too long, allegiances are threatened and murky motivations put the two star-crossed killers at odds. In the meantime, we travel from Los Angeles to Italy, where the hits keep coming. And these are some explosive, violent and stylistic deaths that make for some fun 1970s-style action.

Writer Carlino bemoaned that the film played more like a James Bond entry than a meditation on sex and violence — but really — what’s wrong with that?  The former would’ve never worked as a Bronson vehicle and since that’s what director Winner ended up making, he colorfully succeeded. 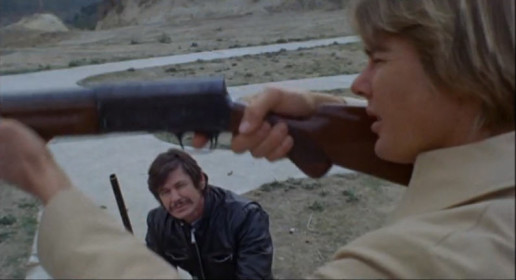 Besides the strange and fascinating sexual themes, half-hidden and subconsciously rendered, there’s a lost and lonely quality to the film that has Bronson’s character wandering the raunchy Sunset Strip of the ’70s, looking in the windows of antique shops while hippies dance and play around him. Los Angeles has always been a lost city, and Winner does an excellent job of illustrating its inherent isolationism.

Twilight Time has recently released The Mechanic on Blu-ray, and it looks better than ever. I first saw it, washed out and cut to hell at a revival house. And while Quentin Tarantino may argue that the only way to truly enjoy the action/exploitation films of the ’60s and ’70s is on worn-out, beaten 35mm prints, I find a greater appreciation for seeing a film as the filmmaker originally intended, sharp and saturated, and this print of The Mechanic delivers beautifully. Along with the trailer, the Blu-ray offers up an isolated soundtrack and audio commentary by cinematographer Richard H. Kline, interviewed by documentary filmmaker Nick Redman, which includes plenty of interesting info, including director Winner’s fiery temper, and the painstaking process it took to photograph some of the stunts and pyrotechnics.

I may not be a Bronson fan, he of the stilted performances and monosyllabic responses, but The Mechanic matches his style perfectly, and allows the viewer to see the man at his most enigmatic, on the cusp of superstardom (he was the fourth biggest box-office star in 1975). Just two years later, Bronson and Winner would collaborate again, on a little film called Death Wish which changed the political landscape of action films for almost 20 years to come. However you feel about Bronson, you’ve got to hand it to him, and director Winner; they knew what they wanted, and if profits are any measuring stick, they succeeded in doing it.

The Spy Who Came Out of the Gold: Why I Hate GOLDFINGER

[dropcap size=small]H[/dropcap]e’s not allowed to play violent videogames,” my mother told them, my high school aged babysitters, as she left for work. The sound of an electro-revamping of John Barry’s James Bond theme managed to […]