John Baggs Jr. says he’s a good judge of character. Played by James Caan, the sailor tells this to Maggie (Marsha Mason), a casual prostitute with whom he falls rather swiftly in love. As Cinderella Liberty continues, John proves reasonably correct, more or less. Despite surface appearances and preliminary impressions, Maggie and her belligerent son, 11-year-old Doug (Kirk Calloway), are decent people who just happen to go about their decency a different way than most. But John sees through their indelicate exterior, identifying an amiable quality that is authentic and meaningful, hidden beneath a necessarily cold veneer.

Cinderella Liberty claims multiple qualities, and while it may not warrant multiple viewings, it’s a great deal of fun for the duration. 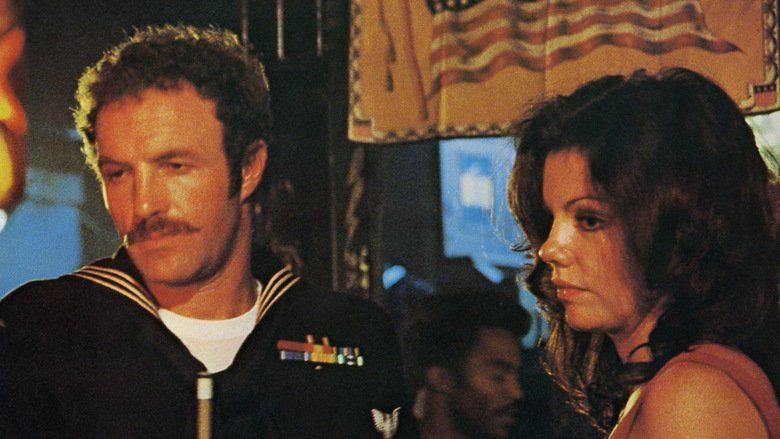 John’s capacity for humane insight is shared by the director of this 1973 drama, Mark Rydell, a former actor who knew well how to tap into the better angels of an assorted (even sordid) cast of characters. It takes an annoying twist of fate to get John in Maggie’s company, however, thereafter sending their lives into a jointly emotional whirlwind.

Docking in Seattle to the sights and sounds of “welcome home” posters and enthusiastic revelers, none of whom are waiting for him, John is alone amidst the jubilance. On shore, he is put through the regulatory motions, during which a physical exam reveals a minor health condition and, to make matters worse, his personnel files go missing. Subsequently grounded for an indeterminate amount of time, he is given an ID bracelet and restrictions are imposed on his movements. Standing forlorn on a pier with time to kill, left to reflect on his ship as it sails away, John seeks companionship, the sort of willing female clientele one might find at a sailor-friendly bar, for example. And there, as romantic happenstance would have it, is Maggie. Their introductory pursuit is awkward, antagonistic, and happily impudent, progressing roughly in that order. Over a game of pool, with her carnal company on the line, the two are playfully cocky, beguiling each other and the viewer with their coy teasing and their ultimately prosperous engagement.

Cinderella Liberty proceeds in a series of passionate stops and starts, some comic, some tragic, and all of them hinging on the exceptional acting of the film’s central trio. Caan may have been the one most recognizably identified with the picture, and he still is, but it was Mason, a relative newcomer, who received an Oscar nomination for her performance, her first of four such honors.

After spending the night with Maggie, John leaves her apartment and bids goodbye to a previously sleeping Doug. “Your mom’s a good sport,” John says, obviously at a loss for words. Doug’s response is as harshly pointed as John’s is pointless, but John is right. Regardless of the bad hand she’s apparently been dealt, Maggie hangs in there. She’s a little rough around the edges, with scars (literally) to show for it, but Mason is naturally fresh in the way she trades insults with Caan as a way to endear her charms. Conveying an attractive acceptance, she personifies Cinderella Liberty’s hardened, semi-cynical authenticity, and she and Calloway express a genial ability to roll with the punches. They know a life of hustling, welfare, and hardship, but they have accepted their lot in life with an easy charisma and optimism.

And so, crucially, has John. Young Calloway is aggressive and occasionally crude, far from the cutesy presentation of a child actor saying the darndest things. Swigging beer at an amusement park and scraping the icing off a cake with a switchblade, he’s a handful to say the least. But he’s also a begrudging counterpoint — and counterpart — to John’s overriding civility. Caan’s good-natured mariner doesn’t like bad language or lying; he’s an upstanding man (upstanding in a way that still pays women for sex) who has an earnest unpretentiousness and obvious paternal instincts. At times, Caan’s character runs the risk of being too forceful with his adamant ways and his desire to better the lives of these complete strangers, but John’s resilience defies what appears to be, for those on the outside looking in, an utterly baffling infatuation. Surely, theirs is a perplexing courtship, and Maggie herself notes a reasonable reluctance, but the friction seems to work. Although he is given an uneven amount of backstory compared to Maggie, John’s present order is more emphatic and sympathetic. Caan imbues in him an innate compassion, a somewhat naïve,if genuine, kindness: “You’re looking in the mouth of poverty,” he tells a dentist after covertly bringing Doug in to get his teeth fixed.

Caan’s range never receives the credit it should, and in the 1970s, this largely had to do with the lingering impact of 1972’s The Godfather, where his turn as the explosive Sonny Corleone cemented his stubborn status as a macho hothead. In addition to propelling his already rising star, however, this role also managed to hamper the perception of Caan’s extensive potential. Fortunately, with the increasing availability of more neglected titles, like Cinderella Liberty, his proper talents and expressive breadth appear as welcome surprises, illuminating how varied his acting can be.

Written by Darryl Ponicsan, who also wrote the similarly sailor-themed novel The Last Detail, which was then made into a fantastic film by Hal Ashby, also released in 1973, Cinderella Liberty takes intermittent side tracks to expound the aggravating Naval bureaucracy that continually stunts John’s progress. It’s this branch of the story that also introduces Lynn Forshay, a former colleague of John’s played by an instantly engaging Eli Wallach. The two are initially combative, but their reluctant alliance pays dividends by the film’s bittersweet conclusion. Ostensibly marginal to the film’s romantic crux, this side-plot concerning Lynn is an example of how deftly Ponicsan and Rydell integrate numerous narrative threads and themes throughout the film. This includes troubling personal revelations and understated, sometimes humorous nods to racial contention: Doug, a mixed-race youth and budding militant, chooses Stokely Carmichael and Eldridge Cleaver as names for a prospective younger sibling.

Cinderella Liberty is generally supported by a witty, credible screenplay, with several moments of effectively subtle humor, as when John and Maggie descend to the floor for their lovemaking and John reaches up for a pillow from the bed, to which Maggie replies off-screen, “Could I have one for my head, too?”

The film’s slow and steady pace mirrors John’s own idle measure, and a tonal and visual coarseness helps keep the sentimentality mainly at bay, even if the score by John Williams (somehow nominated for an Oscar) tries to do otherwise. There is certainly an implausibility to the romance between John and Maggie, and complaints about the film have frequently
referenced the all-too-easy fit of its outwardly opposing pieces (Why does John jump in as he does; why does Maggie go along with what is clearly a lopsided relationship; etc.), but Rydell, Ponicsan, and a fine trio of actors pull it off at every turn. 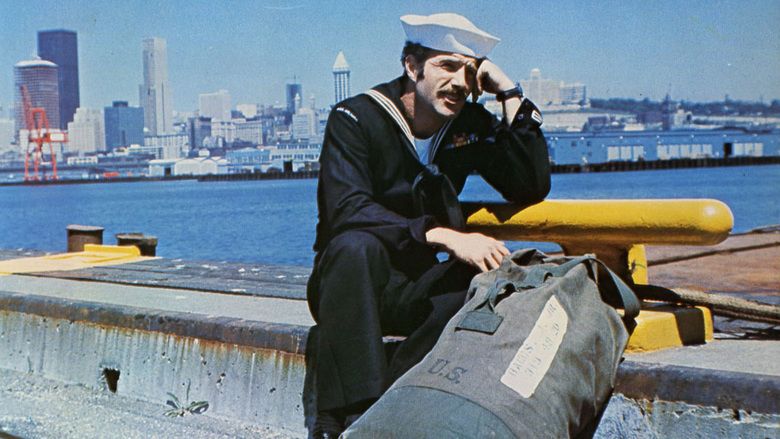 Even with typically rich illumination from Vilmos Zsigmond, arguably the foremost cinematographer of the 1970s, Cinderella Liberty is a predominantly dark film. Shot on location in Seattle, its damp and dingy palette underscores a downtrodden neglect, which is something one would never sense while watching footage of Rydell and company on set, as in the short promotional documentary included on Twilight Time’s Blu-ray of the film. Here, Rydell also speaks thoughtfully and glowingly about the characters and why he chose the actors he did, providing some background about their prior work and slightly inflating their amateur, newly discovered station.

The real joy of this Twilight Time disc, though, is Rydell’s commentary track.“I’m having a terrific time watching my own picture,” he says early on, and not that it takes much convincing, his enthusiasm for the film is tremendously infectious. “I like this kind of a movie,” he says, calling Cinderella Liberty “sensitive, delicate, and true … honest.” The film indeed claims multiple qualities, and while it may not warrant multiple viewings, it’s a great deal of fun for the duration. As Rydell notes, correctly and sadly so, “It’s the kind of movie that’s not made anymore.”