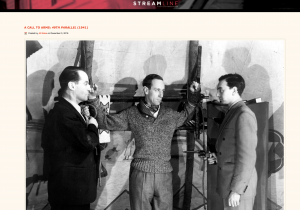 Being raised protestant, specifically Methodist, I wasn’t fully immersed into the culture of the Passion of Christ. Although we recognized Lent and all the holy days leading up to Easter, we didn’t emphasize the […]

What a ghastly little cretin lives on the ground floor of 10 Rillington Place. Short, fat, and balding, the little round spectacles complete the mousey persona of John Christie, one of the most notorious post-World […]