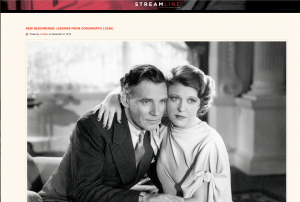 The new three Irene Dunne films from the WB Archive Collection certainly feel like they were unearthed from an archive after long decades of neglect. Chintzy packaging and a complete lack of special features—when you […]