Contributor B.C. Wallin: Kilvinski’s law commands, “treat everybody the same.” The characters of 1972’s The New Centurions all deserve the same kind of treatment. They’re mired in a world of seediness and crime. The police officers don’t protect the law statute by statute, but they “hold the line,” trying to bring order to the chaos of crime-ridden East L.A.. Nobody in the city is quite innocent, though there are plenty who are not guilty enough to deserve the dangers they face. Kilvinski (George C. Scott), a veteran of the LAPD, sees the crime that weighs down his city and tries to teach Roy (Stacy Keach), a rookie cop, to deal with it all fairly. 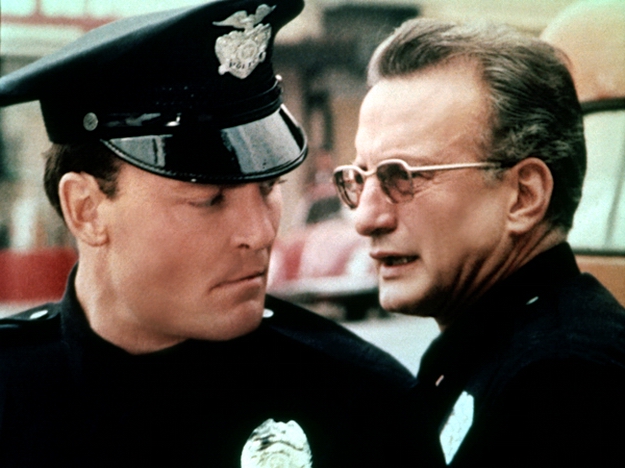 Roy is one of a group of rookies trained by veteran cops while patrolling the streets. The film itself is pedagogic, as viewers and characters alike are purportedly educated about the grimy 1970s streets and the various figures that populate their stretches. Ian Cameron, in his book, “A Pictorial History of Crime Films,” places The New Centurions within a subset of films that “reflect current concern with the problems of the cities or at least the violence which is their most widely recognized symptom.” The New Centurions fits Cameron’s description of episodic crime stories that seem “expressly designed to offer something of a sampler of society’s ills.” The main message that The New Centurions tries to teach is simply this: look at what the cops are up against.

During its more positive stretches and for its more morose portions as well, The New Centurions remains generally on the side of the cops. The defenders of the law will bend the rules where it suits them, which can be to the detriment of the citizenry. However, the film frames the cops as people who are trying their best; they may not always get it right, but they do what they can, mock-divorcing a couple in the midst of domestic abuse or driving prostitutes around in the paddy wagon to keep them off the streets. The New Centurions is not the film to go to for a balanced weighing of the issues of police brutality and racial profiling.

Billed as “The nationwide bestseller about cops—by a cop,” The New Centurions makes a distinct choice in its point of view. The film was adapted from a novel of the same name by former LAPD detective sergeant Joseph Wambaugh, writer of “The Choirboys” and the best-selling “The Onion Field,” both of which similarly tell LAPD stories and were brought to the big screen. While The New Centurions  comes across as unbalanced in perspective, it does fit into Wambaugh’s intent of giving character and backstory to the cops, historically portrayed as “stick figures,” as opposed to positive PR for the force. The cops of The New Centurions are real people, and the toll of the job is more than clear. 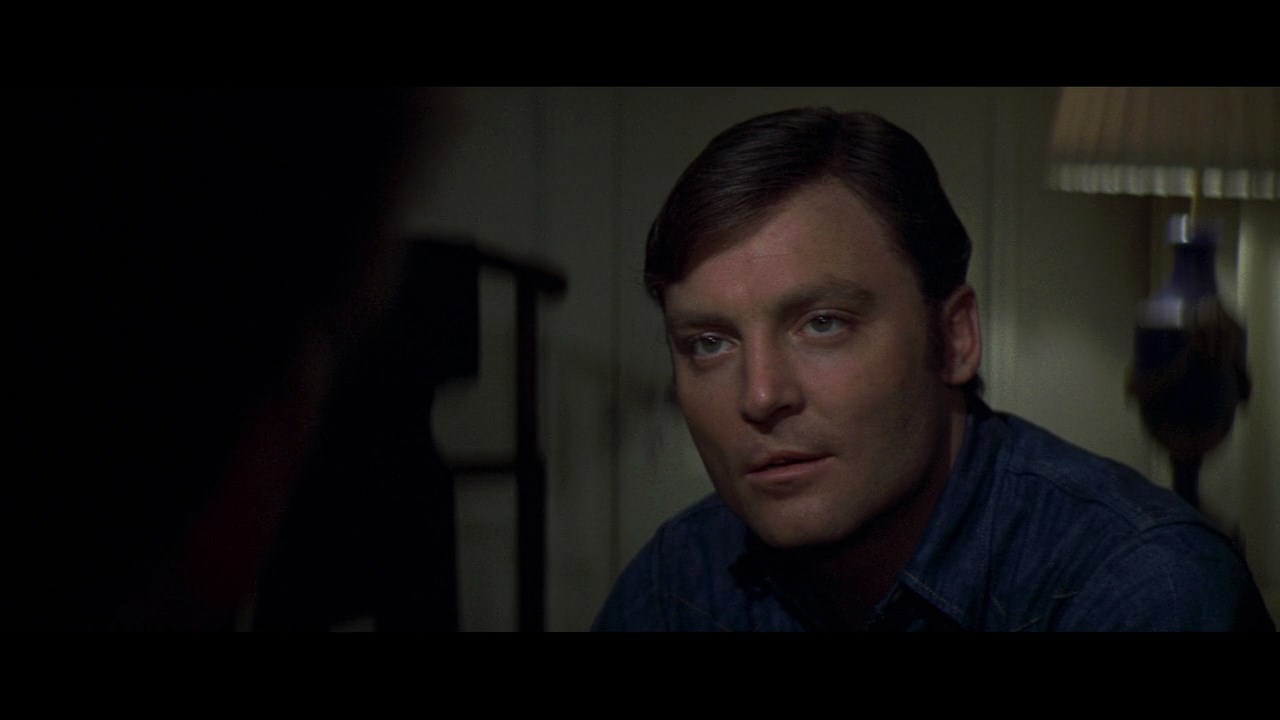 The film plays as a tragedy, where Roy’s enthusiasm for the force turns sour, his family leaves him, and he watches himself spiral out of sobriety and education until the brutal end. If only Keach’s role was more carefully written or his performance more endearing, there might be a strong emotional reaction to his plight The best it can muster is the punches of brutality felt in a sudden shotgun firing or a sequence where Roy hangs on to the side of a careering car, trying not to be scraped off. These moments are meaningful, not because of their significance to Roy, but because of their suddenness and intensity. Scott manages a more sympathetic role, though a long absence from the story on his part makes his own tragic tale lose weight.

There is plenty to grasp hold of in The New Centurions — the score by Quincy Jones will throw you immediately into the time and place, the violence will grip you — but its preachiness and indecision between episodic storytelling and focused narrative about a single cop make for a film that can’t seem to hit the right note. Still, it’s a piece of an era and it doesn’t hurt to give it a visit, if only to be transported to another time, albeit while taking its central theme with a grain of salt. Kilvinski’s law is quotable, and it’s something nice to hope for.

The New Centurions is a Twilight Time release, limited to 3,000 copies.