The Asphalt Jungle is the film that made director John Huston the father of Jean-Pierre Melville and the grandfather of Michael Mann and Steven Soderbergh. It was from this mean little film that the fundamental tenants of the modern heist movie were laid down. There had been heist films before, but these were mostly about small time crooks going after small time stakes. But the criminals here—with one notable exception—were calm, collected career professionals who approached their roles in a job with surgical concentration and skill. No darkened alleys or flophouses for these thieves, here they plan and scheme in richly furnished libraries and studies, wearing tailored suits and smoking fine cigars. Potential accomplices are interviewed and cuts negotiated like talent scouts signing new artists. The heist itself comes in the center of the film instead of at the end at the climax. The last half deals with the aftermath and charts the doomed fates of the hoods who got their hands dirty. And the heist itself? A stunning eleven minute sequence with no soundtrack and almost no dialogue, just the sight of men who’ve trained and practiced for years exercising their art like well-oiled machines. Everything from the half hour jewelry heist in Jules Dassin’s Rififi (1955) to Nice Guy Eddie’s crew killing each other in Quentin Tarantino’s Reservoir Dogs (1992) can be directly traced to this film. It did nothing less than turn the heist movie into a formula, and then that formula into fine art. 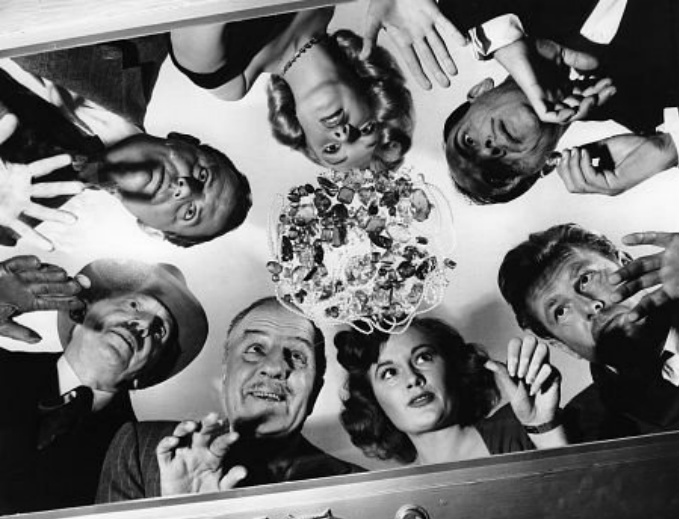 Based on a novel by W. R. Burnett—the crime genre genius whose other books would be adapted into classics like Mervyn LeRoy’s Little Caesar (1931) and Raoul Walsh’s High Sierra (1941)—the film follows a heist to steal half a million dollars worth of jewelry in an unnamed Midwest city. The scheme’s mastermind is Erwin “Doc” Riedenschneider (Sam Jaffe), a wizened German gentlemen fresh out of a seven year stint in prison eager to make that illusive One Last Score so he can retire in Mexico. He organizes it with the financial backing of Alonzo Emmerich (Louis Calhern), a crooked lawyer with even more crooked tastes in luxury…and women. (An electric Marilyn Monroe appears here in her first major screen role as his mistress Angela Phinlay.) With $50k from Emmerich, he assembles a three-man crew: Italian family man and expert safecracker Louie Ciavelli (Anthony Caruso); hunchbacked diner owner and getaway driver Gus Minissi (James Whitmore); washed up gambling addict and professional muscle Dix Handley (Sterling Hayden). In the film’s immaculate aforementioned heist sequence, they manage to steal the jewels and get away despite accidentally setting off all the neighboring alarm systems with their use of home-brewed nitroglycerine and almost getting pinched by a nosy security guard who pops one right in Ciavelli’s belly. 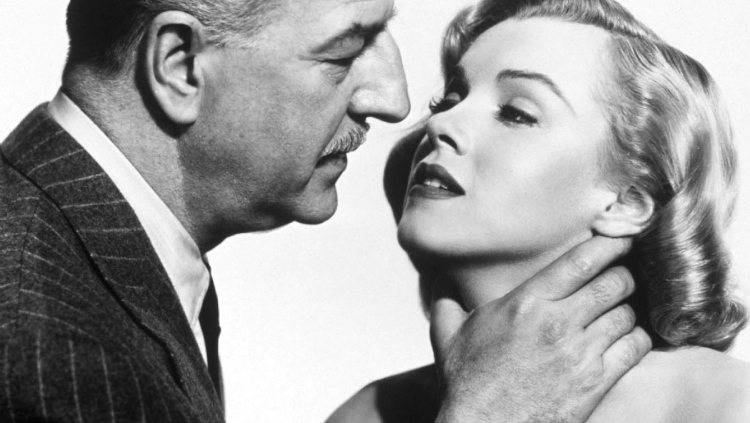 And here is the central tragedy of The Asphalt Jungle: despite everything, they could have gotten away with it if one of their number hadn’t decided to go Judas and betray them for the whole take. The last half of the movie is one long downward spiral as one-by-one the various criminals get picked off by the cops or killed until only two remain: the desperately lonely Riedenschneider and the fatally wounded Handley. Their respective finales rank among the most poetic in the history of the genre, one a sheepish surrender to fate, the other a defiant rage against it. In each case we feel for the two, not just as characters, but as deeply flawed yet deeply sympathetic human beings. And that is the true genius of The Asphalt Jungle: Huston wants us to see these criminals as people with their own needs, hopes, and failings. They’re not cardboard cut-outs; even the otherwise stereotypical Italian Ciavelli gets one of the most heartbreaking scenes of the movie when the cops bust into his apartment to arrest him only to accidentally burst upon his widow praying over his body at his wake. As Huston himself explained about the film: “You may not admire these people, but I think they’ll fascinate you.” 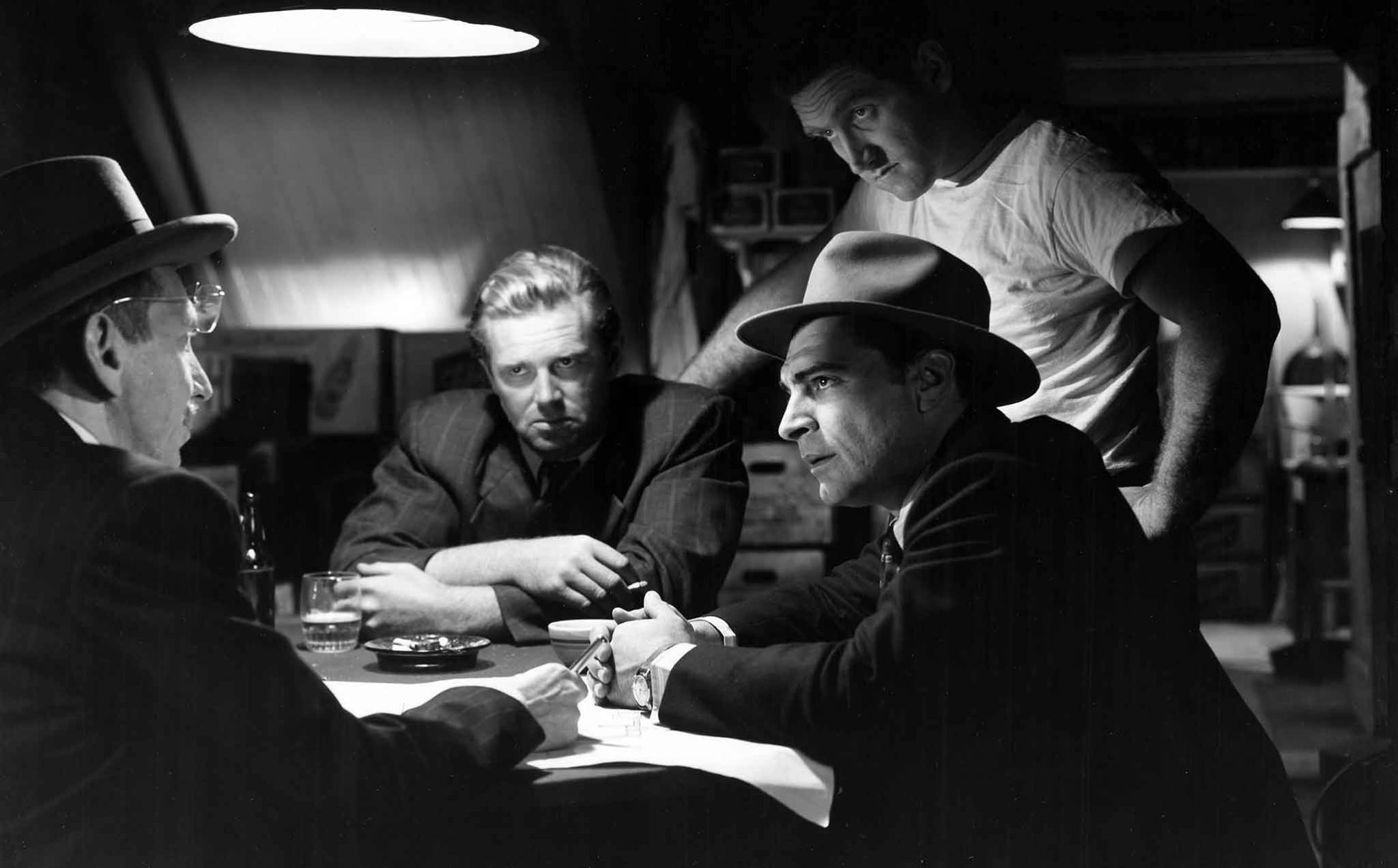 Recently the Criterion Collection has released a Blu-ray edition of the film, and it does Huston’s little masterpiece justice with a gorgeous digital transfer, a wonderful insert essay by critic Geoffrey O’Brien, and a bevy of great supporting features including a documentary about Hayden, archival and original interviews, and audio commentaries. Consider it a must-buy for noir fans.

B Roll is a weekly column that digs into the deeper cuts and lesser-known films from legendary directors–the good, the bad, and the awesome. This week, writer Nathanael Hood tackles John Huston’s Civil War drama THE RED BADGE OF […]