One of the more curious early experiments with cinematic sound technology was Thomas Edison’s Kinetophone, a massively complicated mechanism involving a cylinder player and a film projector placed at the front and back of a theater and connected with a system of linen cords and pulleys hand-operated by several on-sight technicians. The device was cumbersome and difficult to maintain—when the linen cords weren’t being eaten by rats, the technicians struggled to keep the film and audio synchronized, a task complicated by the projector’s obtuse design which placed the hand-crank perilously close to the flaming-hot projector lights. More often than not, the films made for the Kinetophone system in Edison’s Bronx studios failed to synchronize at all. Yet when the stars aligned and everything worked properly, the effect was eerily uncanny for 1913 audiences: as one newspaper described, the films were “so amazingly perfect they are really weird.” 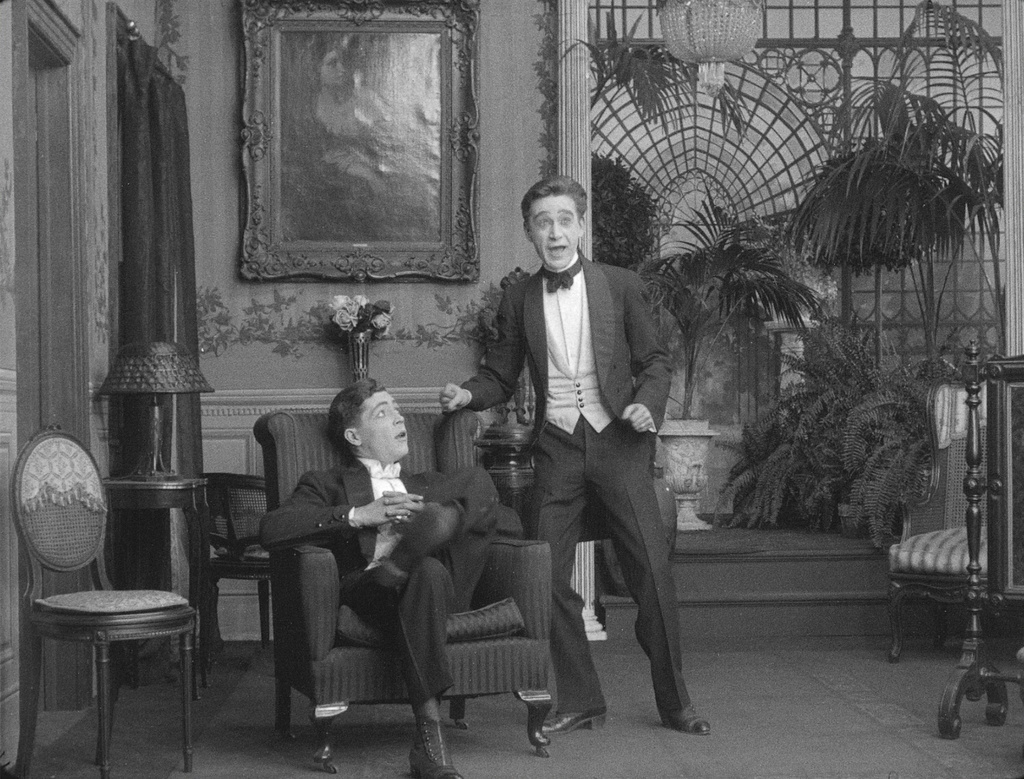 But thanks to a combination of the untimely outbreak of World War One and finicky audience tastes—the films were largely financed by and screened in vaudeville halls for crowds who saw the Kinetophone as a mere novelty—the technology was ultimately shelved and forgotten, dooming progress in the development of sound cinema for another decade. Of the dozens of films produced, only eight of these historical treasures have survived due to preservation efforts by the Library of Congress and the museum of the Thomas Edison National Historical Park. For the first time ever, they are now available to own thanks to their release by Undercrank Productions on their new DVD entitled The Kinetophone: A Fact! A Reality!

The films are all 6-minute long static takes set in one location with a rotating cast of performers—the ‘Edison Quartette’ [sic] singers are the most memorable, appearing in five of the eight surviving films to perform songs and shtick. The overall effect is that of a filmed theatrical revue, both in cinematic technique and genre variety. Some are strictly musical performances: “Musical Blacksmiths” sees the Quartette accompany a cappella barbershop songs with rhythmic anvil bangs; “Nursery Favorites” features a procession of nursery rhyme characters like Jack the Giant Killer and Little Miss Muffet sing the Cliffnotes versions of their stories (check out Old King Cole’s fancy footwork!). The most curious of these is “The Edison Minstrels,” a minstrel show. Edison, always the consummate capitalist, intended for this film to appeal to both American and British audiences. As such, it features both blackface performers and singers dressed as British dandies trading numbers with each other while sitting under the British Jack and Old Glory, “climaxing” in a group sing-along of Dixie and God Save the King. 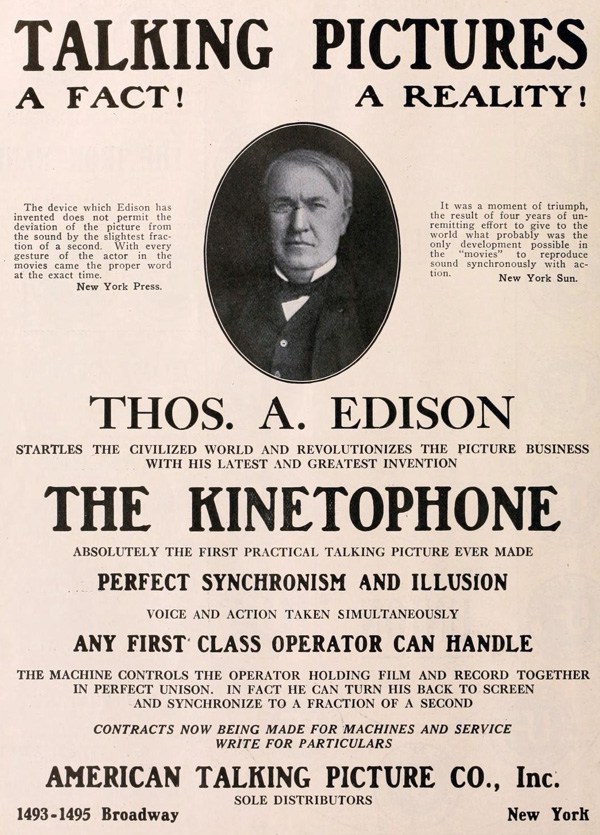 The other films make stabbing attempts at telling actual stories with defined characters. “The Deaf Mute” —the only of the eight surviving films to be shot outside—is a period piece set in the Civil War where a group of Union soldiers mistake a disabled man collecting flowers as a Confederate spy. “The Old Guard” is a nineteenth century romantic tragedy where an old veteran of the Napoleonic Wars gives his blessing to his daughter’s military officer suitor shortly before dying. (A climactic double exposure of a man dressed as Napoleon representing the general’s ghost is the only instance of these films having a special effect.) The most entertaining of these narrative shorts is “The Five Bachelors “wherein a prospective member of an elite gentleman’s club is good-naturedly blindfolded and hazed to “test his courage.” 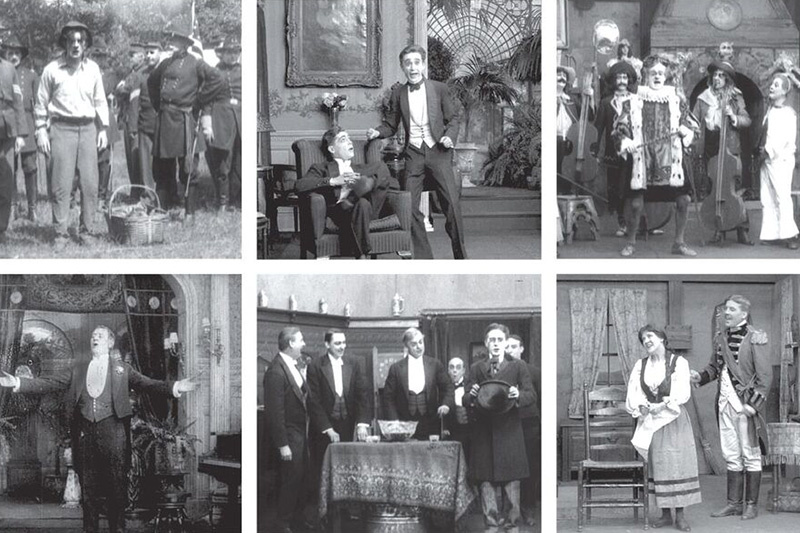 However, these narrative shorts bring sharp attention to the release’s biggest failing: there are no subtitles. Even painstakingly restored and digitally synchronized with the video, the recovered audio tracks are spotty at best and indecipherable at worst. Nowhere is this more aggravating then in the particularly dialogue heavy shorts—I had to watch “The Old Guard” twice before I could figure out what the actors were saying. The final film in the collection, a comedic short about the shenanigans between two upper class bachelors and a young woman, has such bad audio it’s unwatchable. A bonus short entitled “The Politician” recovered without its audio cylinder and presented with a new piano score by Ben Model is somehow easier to follow. Hopefully the lack of subtitles is an oversight and will be corrected in future editions.

If you’re a historical completist, then The Kinetophone: A Fact! A Reality! is a curiosity worth your time.

Terror and Horror from Undercrank

In his seminal “Danse Macabre,” Stephen King defined the difference between Terror and Horror, two terms long mistaken for simple synonyms. “Terror,” he explains, “comes from suspense, the creeping feeling of knowing a monster is […]