“Ladies and gentlemen, you can go mad on the road. That is precisely what this film is all about.”

Frank Zappa and Tony Palmer shared directing duties on 1971’s 200 Motels, now available from MVD Visual, though it’s clear within the first moments that all the ideas originated from Zappa. Indeed, Palmer is credited with directing the visuals, (the technical stuff). Actually, Tony Palmer, a celebrated British director of music documentaries, was very much doing the Lord’s work here. 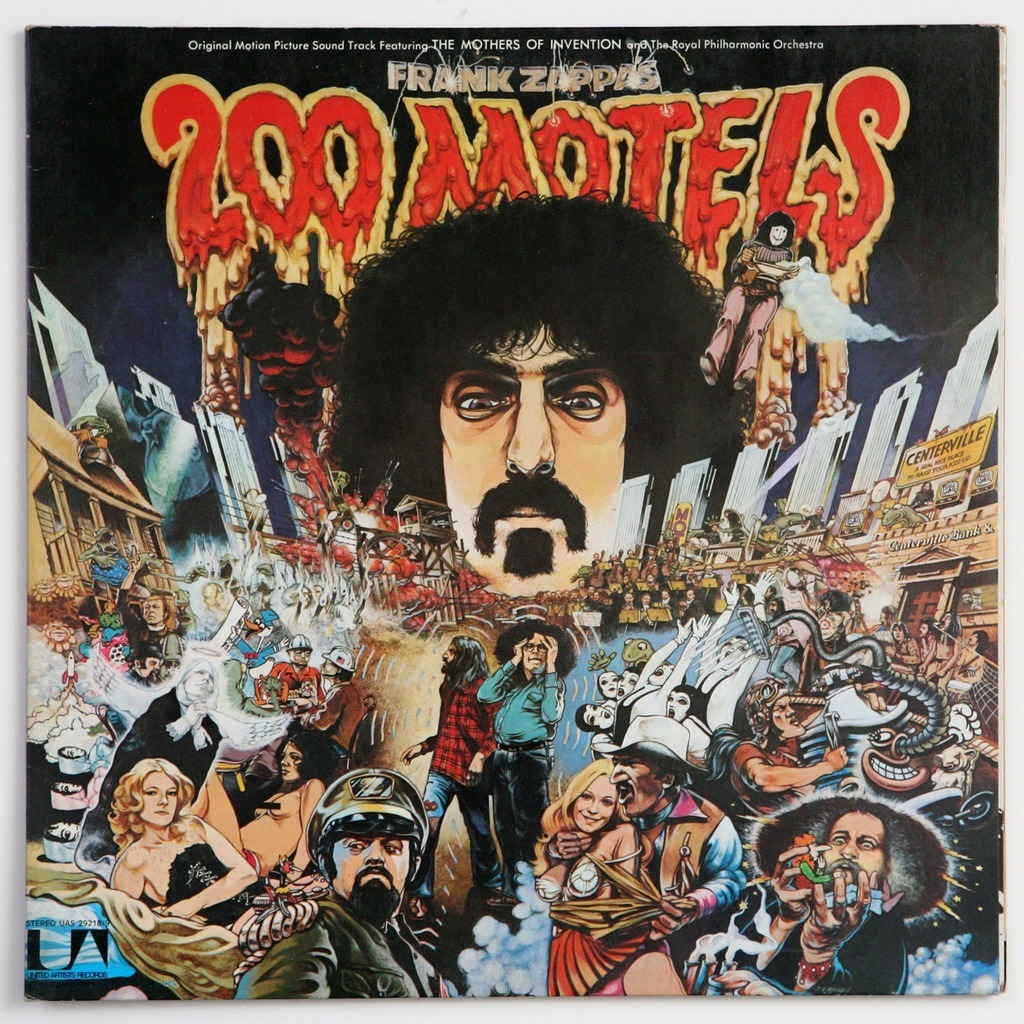 Palmer is credited with writing the shooting script, which as far as I can tell, meant taking Zappa’s weirdo ideas and giving them structure, however loose. Palmer had to organize three hundred pages of notes into something relatively cohesive. Relatively. In an essay for Talkhouse Magazine in 2017, Palmer wrote, “When we met, he gave me ‘the script’ of his project — 300 pages, some handwritten, some paste-ups, some incomprehensible, a few lyrics, and a frequent use of the word ‘penis.’” Palmer goes on to say that the opening line in those 300 pages read, “If you were forced by a crazy person to insert a mysterious imported lamp into the reproductive orifice of a lady harpist, would you do it?” This is, of course, a question that every thinking person has wondered from time to time.

It was Palmer’s idea to shoot and edit the movie on video before transferring it all to 35mm film, a budget saving measure, but one that allowed himself and Zappa the use of a host of special effects that would have been much tougher to pull off using film. As a result, 200 Motels has a look that’s somewhere between film and video, making it look like neither and both.

Ringo Starr plays Larry the Dwarf, “A very large dwarf,” as game show host Dave (Theodore Bikel) says at one point. While Ringo might be the least of the Beatles musically (which, of course, is not to say that he’s in any way a bad musician), he was quite possibly the most effectively comic of the Fab Four, which is something. Ringo seems to take to comedy naturally, using his deer-in-the-headlights facial expressions to full advantage. He never stopped appearing in comedies, most recently in 2016’s Popstar: Never Stop Never Stopping. In 200 Motels, he looks quite like a cartoonish marionette as he’s lowered by his strings onto a cheesy game show set. Dressed like Frank Zappa, complete with wig and fake facial hair, Dave asks Larry what exactly Zappa wants from him. Ringo-as-Zappa replies, “He wants me to fuck the girl with the harp.” We know after hearing this line that we definitely haven’t accidentally put on a lost Beatles movie by accident. Toward the end of the film, Ringo, wide-eyed as ever, says faux-sincerely, “Every musician lives to score pussy.” Some of this stuff you feel kind of bad about laughing at, but you do it anyway, because that shit’s hilarious. 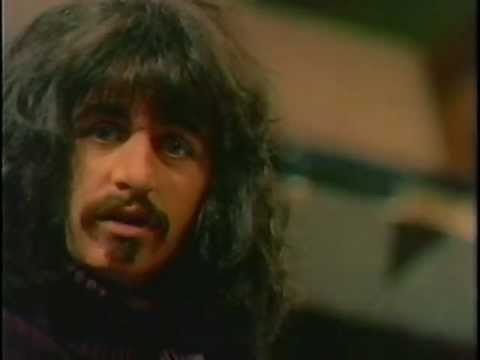 As for Zappa, he’s spiritually in every frame of the movie, but only physically appears as the guitar player for the Mothers of Invention, his band at the time. Well, unless you include his cardboard cutout  facsimile that shows up randomly in various sketches. Oh, in case you were worried, the cutout is wearing a sweater.

The basic 200 Motel formula consists of sketches between live performances of the Mothers of Invention on tour. The sketches take place in Centerville, an anywhere type small town that stands in for one of the many cities that become indistinguishable from one another on a long tour. It goes without saying that the sketches are weird, but they’re always hilarious, though there is always a strange undercurrent of malice to the humor.

The film comes at you with almost alarmingly rapid-fire visuals and effects. Sometimes there are three or four images running simultaneously. It’s hard to tell with that many overlays. Of course, multiple-exposures are a common technique in avant-garde films, usually done simply by rewinding the film and using it again. Certainly this must have been one of the first uses of this process with commercial video. I personally find this technique quite exciting. For a lot of reasons, but mainly because it requires participation from the viewer. The mind must choose which images it will follow and which will fade into the background. Or you don’t pick anything to follow and simply watch the images collide with each other. And if you don’t consciously pick any of these options, the mind will still pick one for you. 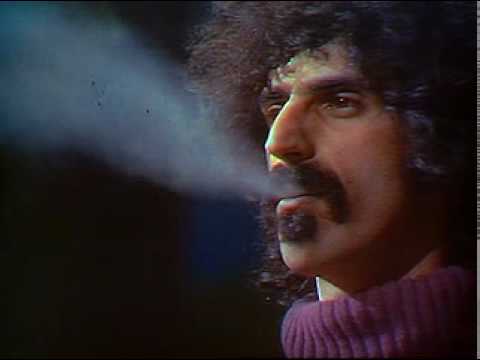 200 Motels is quite experimental, but it never crosses the line into complete self-absorption, and it’s definitely not a masturbatory “weird” for “weird’s sake” kind of deal either. Many of the sketches poke fun at the more vacuous elements of hippie culture, though with just as much psychedelic weirdness as any drug film of the period. Zappa described himself as a “practical conservative,” which, as far as I can tell, basically means he was  a libertarian. A small government guy who believed in bodily autonomy and the freedom to pursue happiness in whatever way a person wanted. So he was on the opposite political spectrum of most of the love generation. And though he’s often associated with drug culture, the strongest intoxicants he put into his body were coffee and cigarettes. He hated the effects that drugs had on people, particularly musicians that he knew.

Going into 200 Motels, the viewer should definitely have at least a little appreciation for the absurd to enjoy it. Well, maybe more than a little. And if your spouse isn’t into this kind of madness, for God’s sake don’t watch this with them. They will immediately file for divorce on the grounds of gross incompetence and mental neglect. And if this does happen, hopefully you will get your dog in the divorce. My chihuahua / pug Manolo was absolutely entranced by the psychedelic visual bombardment dancing before his eyes as he stared wildly at the TV from the couch. 200 Motels gets the inter-species seal of approval, and you can’t ask for much more than that.

Out of print for years, 200 Motels is now available again from MVD Visual.

As we wind down our Beatles tribute week, we are delighted to bring another piece from guest blogger and all-around Beatles aficionado Terence Towles Canote, with the long and winding history of the music video. […]