In the early 20th century, during a time when talking pictures were considered a novelty at best, Warner Bros. Studios bought the exclusive rights to a system of synchronized audio and visual recording created by the Western Electric Engineering Department of AT&T under contract from the Victor Talking Machine Company. Warner Bros. named the technology “Vitaphone.” By recording sound on a 16-inch, 33-1/3 rpm disk, the studio was able to synchronize sound to the visual content, exhibited in short films known as “Vitaphone Varieties.” Warner Archive gives viewers the opportunity to revisit these early talking productions through their 4-disc DVD set of the same name. 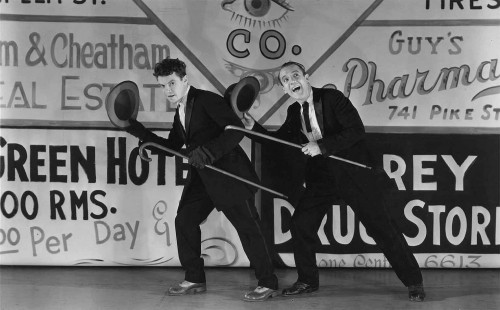 There is a necessary restrictiveness to these shorts; filmed on soundstages, they come across as imitations of theater acts, with performers generally angling their bodies toward the camera, in lieu of an audience. In his introduction to the “Beyond Vitaphone” issue of the Indiana University Press-published “Film History,” Rob King notes this replacement inherent to the shorts: “The very raison d’être of Warner Bros.’ pioneering Vitaphone shorts…had been to provide smaller exhibitors with a cost-cutting substitute for live performances.”

This was by no means the only reason for Warner Bros. to produce Vitaphone Varieties.  As short pieces of entertainment, they were a means of testing out audiences’ receptiveness to the new technology of speaking images. Warner Bros. could also gain programming power by forcing exhibitors to show Warner Bros. shorts before a Warner Bros. feature, a practice known as “full-line forcing.”

Due to the lack of structure and guidance provided by the set, below is a collection of short reviews for all nine-plus hours of shorts included in the “Vitaphone Varieties” collection, organized into categories that should help viewers find the best way of enjoying this set.

A few general caveats beforehand:
• The DVD set should be watched sparingly. Watching short after short with such similar set-ups, expectations, set designs, and quality can become grating and tiresome.
• Narrative content is sparse. Much like the musical content of Marx Brothers movies, these shorts tend to contrive reasons for people to sing or dance, and getting attached to a storyline will tend to be disappointing.
• When shorts go between music and comedy, the music is usually the only worthwhile part.
• The sketches that are the most racist and sexist tend to be the least funny.
• Those sketches that attempt to employ creative storytelling techniques tend to transition into them awkwardly, with little payoff when the twist is revealed. 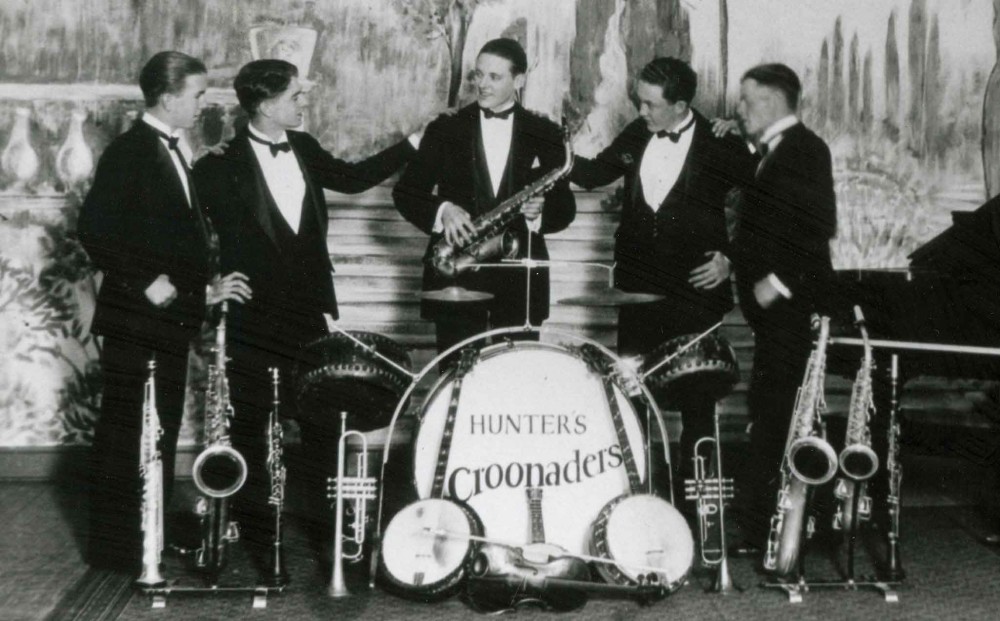 Musical Performances
The Revelers is an incredibly joyful quintet, where one singer quietly conducts the group with the wag of a finger. Earl Burtrett’s music fits into the tradition of melancholic and playful music in an old, slightly warped recording. Song Impressions has some heart to it, but also some underwhelming elements. Dick Richard and his “Syco-Symphonies” is nothing exceedingly remarkable. Musical Melange offers gentle harps marred by the preservation of the audio. A Cycle of Songs has some charm and some nice singing, if a little static in the staging. Biltmore Hotel Orchestra is a versatile and entertaining big band, balancing brassy music with that of a xylophone-like sound. Four Horsemen is poorly framed, almost always missing one band member in the shot, but is otherwise a great group of performers, especially when one voices a piece of music that the others pick up and play. After the Round-Up has one good song with some subverted cheesiness, and a second song that is pretty bland. That Surprising Fiddler is an excellent performance of trick violin-playing, with some great humor in the bow replacements used. Harry Fox and His Six American Beauties has a too-light touch of comedy in its poorly performed songs. Songology has some nice singing but is worthy of a pass. The Gotham Rhythm Boys is noticeable visually, both for its purposeless use of double-exposure, and for the degraded quality of the recording. Harpist Supreme is unremarkable at first, but its second half has some standout moments. Pack Up Your Troubles has some nice songs but at times feels rushed to move on to the next song and the next.

Music + Comedy
Sharps and Flats has fun with responses from an audience of sorts, but otherwise is uncomfortably bizarre. Cut Yourself a Piece of Cake goes between quick-witted banter and clever music, though it lacks some direction. The Ham What Am feels like it should have a laugh track in the pauses between its jokes, though they don’t really deserve the laughs. The music is a little better and is preceded by the knowing, “Better sing, huh?” The Wild Westerner has some humor, but is mostly made up of humdrum singing. Songs and Impressions has fun with its clashes between performers and a cartoonish impression. English as She is Not Spoke takes viewers on a ride of fast-talking buffoonery, ukulele-playing, and pretending as if the audience asked for more. A Breath of Broadway features unremarkable singing and awkward pauses for unneeded laughter. The Country Gentlemen is at its best in the musical portions, with the two performers miming along to the words. Ship Ahoy has a little funny banter, though it mostly disappoints. Pigskin Troubles is the second appearance of Born and Laurence on the (after English as She is Not Spoke), and is significantly worse with its awkward deliveries. At the Party has a most-likely white-written script performed by black actors, but the music is sweet. Jack White with the Montrealers delivers wackiness with some fun banter. Dooley’s the Name includes the line, “We put a dance in here — it may save the production.” It does not. Oklahoma Bob Albright and His Rodeo Do Flapper Girls is one of the few combo acts with jokes better than the music. The Bee and The Fox has some tenderness to it in the central relationship and pretty good banter. The bright spots of Two Good Boys Gone Wrong are outshone by unfunny jokes and grating singing. Let’s Elope! is awkward and its song doesn’t fit tonally, but is better than everything in the short that precedes it. 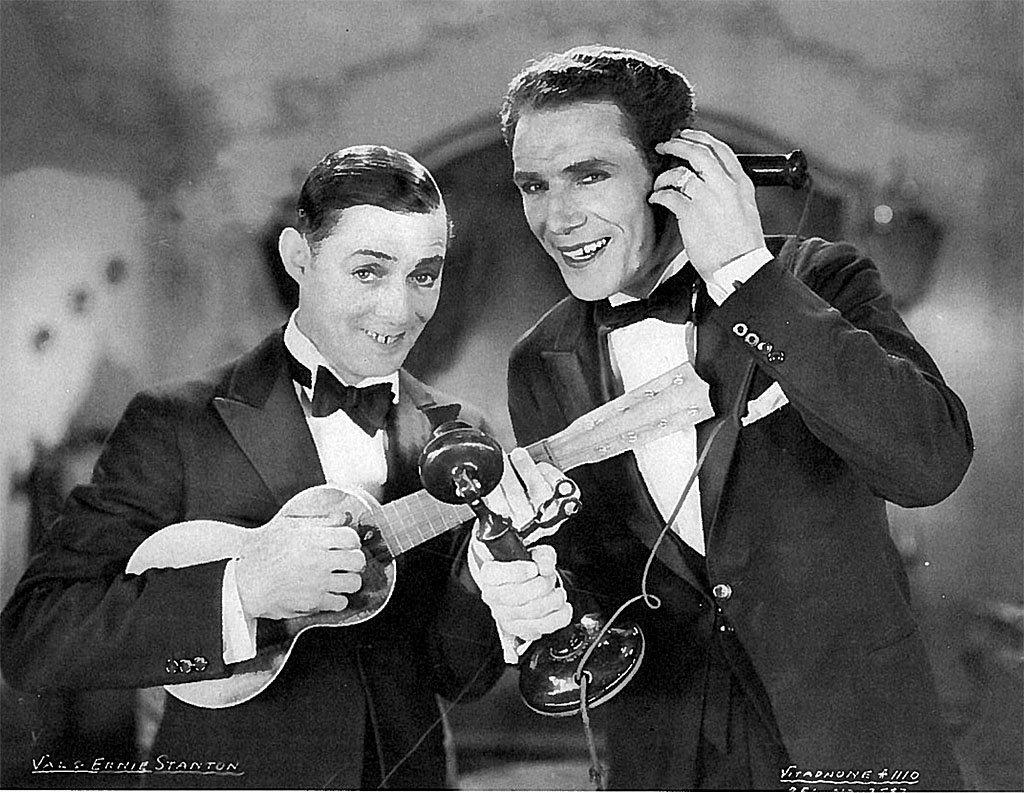 Play/Sketch
Hollywood Bound is mostly unfunny, using an awkwardly placed dream sequence, and featuring an overacting discount version of Buster Keaton. The Book Worm is perplexing and awkward. Retribution plays with dramatics in an uncomfortable way, ending with an on-the-nose twist. The Death Ship hints at a better, more cinematic story, but is stuck in poorly delivered lines and stating the obvious. Gossip entertains, telling a story of male hypocrisy. A Bird in the Hand is distressing to watch. These Dry Days is a bizarre sketch that goes nowhere. Sympathy is nothing special, though it does show the awkwardness of reaction shots when cutting between different sets. Poor Aubrey is not as funny as it pretends to be, but its theme of overcompensation is worth the watch. Hilda has incredibly corny jokes and is generally unpleasant to watch. Niagara Falls is one of the most affecting and film-like shorts in the set. Satires is not quite good in its second sketch, but the first bit is delightfully bizarre, playing with ridiculousness as it does. Trifles is a little drab, and surprisingly leaves the original play’s single-scene telling, but its underlying themes are interesting. Fishing Around is dull and feels overly staged. Surprise is not great, but it does feature the satisfaction of seeing a cheating man pummeled by his jilted wife. What a Life has some good musical performances but completely drops the ball on an intriguing story premise by using it as an excuse for a variety show. Thanksgiving Day’s attempt at a dark humor story falls flat. She Who Gets Slapped is uncomfortable in its premise being based on domestic abuse and its inability to fully resolve what is going on. The Song Plugger misses almost every opportunity it has to do a better job. 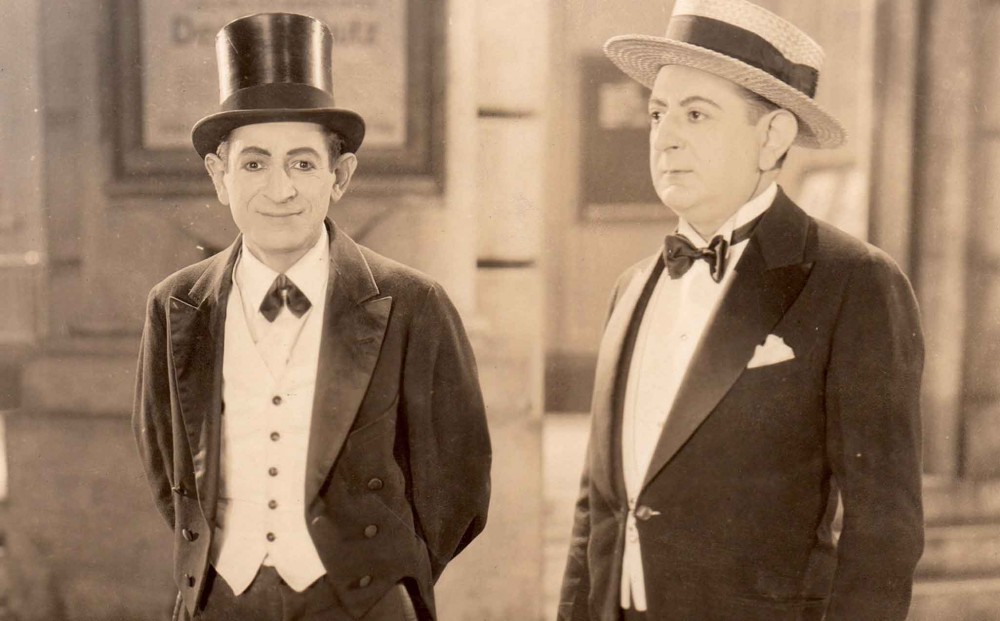 Miscellaneous
Morrissey and Miller Night Club Revue mixes tap-dancing, music, and operetta for an experience that’s at its best when the MC is introducing the acts. Dream Cafe has a strange contrivance to show off three dance performances, but when the raving drunk man behind the plot is ignored, the three women dancing are quite pleasant. Character Studies offers an interesting portrayal of nervousness, an over-talking Fagan from “Oliver Twist,” and camera tricks that overshadow the latter. Billiard Champion of Fancy Shots perplexes by showing the performer, a billiard shooter, mess up, even as editing is seen in the cutting between camera angles. Even with a couple of interesting shots, the skill performance is overall a bore.

Racist/Sexist/Otherwise-Bigoted Performance (Approach with Caution! – editor)
A Laugh or Two has laughs only from the woman not taking anything from the guy making Scottish jokes and misogynistic claims about women. A Colorful Sermon has the kind of title that sets off alarm bells and pays them off, with an unfunny blackface performance, and some sexist language to boot. I Thank You is a music and comedy routine mired with anti-Semitic jokes and one about pressuring someone into sex. The Prince of Wails is an adequate sketch spoiled by the use of blackface. Revival Day is a blackface sermon replete with atrocious stereotypes of black violence, lack of intelligence, and thievery. 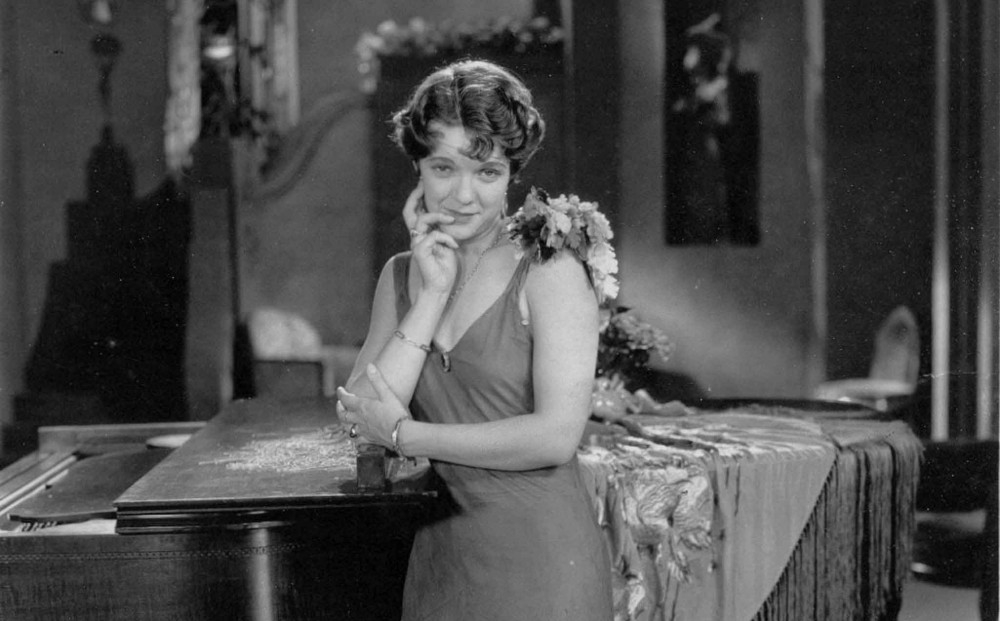 Warner Archive’s set features little to none of the history of these shorts. The context provided on the DVD jacket is that the set features early sound-era shorts, pieces of film history. There are no special features or commentaries, introductions or explanations. As a historical record, “Vitaphone Varieties” feels incomplete.

This is the second part of a review of Warner Archive’s three “Vitaphone Varieties” DVD sets and all the shorts reviewed here can be found in the second and third volume of the “Varieties,” totaling […]

When Warner Archive sent out the e-mail outlining their latest batch of releases, all it took was “Kay Francis” and “noir” to push me to request the c-level Monogram Pictures release Wife Wanted (1946).  Francis, the […]