No one can fight like him. No one can dance like him. And no one has ever been able to sing like him. We’re talking about THE “KING OF ROCK & ROLL,” Elvis Presley, of course. The boy with the swaying hips and the surprising uppercut stars in the 1962 romp, Kid Galahad.

Kid Galahad is a musical remake of the 1937 Edward G. Robinson film of the same name, which included Bette Davis and a yet-to-star Humphrey Bogart. This remake was helmed by Phil Karlson, who went on to direct the 1972 rat infested horror movie Ben, (known famously for ‪Michael Jackson‬’s song) the sequel to the more famous Willard. 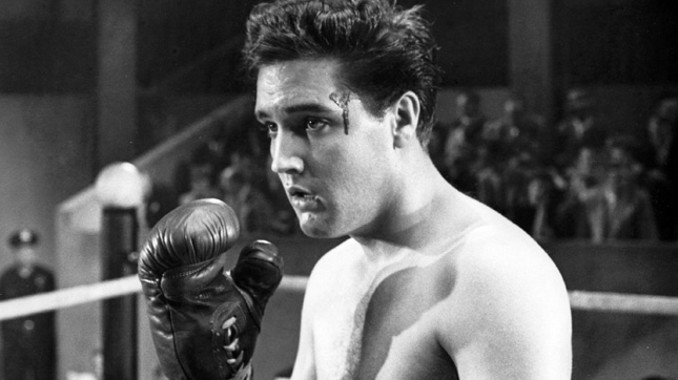 Kid Galahad takes a lyric filled look at the trials of a man who wants a little more from life and learns he has to actually fight for it.

Elvis is Walter Gulick, a recently discharged army serviceman. (Presley often played characters who had served in the armed forces or were recently discharged  to try and add a layer of authenticity from his “real life” army stint). Presley’s Gulick settles in a gorgeous region of New York called Cream Valley, and takes a job fixing cars and dreaming of one day owning his own garage. But fate has much bigger plans for him.

The local owner of a boxing ring, Willy Grogan (Gig Young), notices Gulick’s knack for knocking people out during a sparring match. Willy and Gulick decide to take a shot at boxing in a more professional realm, money being the prime incentive. Throughout their journey of hits and misses, Gulick (oh what the hell – let’s call him who he is – Presley) finds a life (and love) he never expected in the ring. 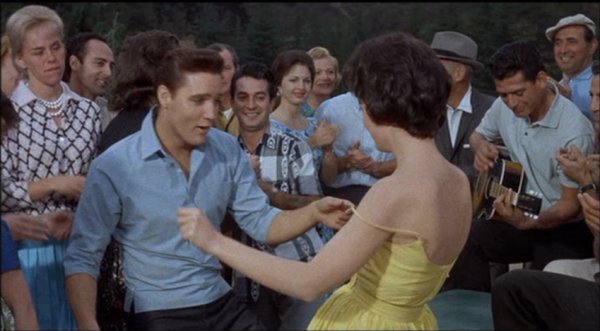 During the bobs and weaves of Kid Galahad, there’s songs a plenty and romance that only Elvis could pull off. And while the 60s became a creative wasteland for the King with an unending output of lackluster films, Elvis was for once inspired to dig a little deeper into his character. He trained with World Light Welterweight champ Mushy Callahan, and lost 12 pounds. (Presley struggled with his weight for decades.) The results were worth it, since he comes off pretty convincingly.

As much as Presley cranked out product, no matter how dismal the plot, his films consistently made money. Kid Galahad  was no exception, ranking as #37 for the top grossing films of 1962. The cast includes several surprising faces for an Elvis film, including aforementioned Gig Young as well as Charles Bronson and Ed Asner. Although it may be one of the lesser known Elvis films, Kid Galahad holds its own in the ring.

Of course the soundtrack, as always, was a major part selling point, although Kid Galahad offered no hits, reaching only #30 on the Billboard Hot 100. But if  you’re an Elvis completist, you could do worse than grabbing up the Blu-Ray from Twilight Time.