Kino Lorber has released two notable films by the great Buster Keaton to blu-ray in the same package. This two-disc set brings together Keaton’s first starring feature, 1923’s Three Ages with his masterpiece, 1926’s The General. Both films are presented in new 2K restorations with multiple score options.

The General was inspired on a fact-based memoir from the Civil War, The Great Locomotive Chase by William Pittenger. Keaton plays Johnnie Gray, a train engineer living in Georgia. Johnnie has two great loves, his train and his fiancé, Annabelle Lee. Homeland loving Johnnie goes to enlist as a Confederate, only to be told his job as engineer is too valuable to risk his life in the war. Johnnie tries again and again to enlist, but keeps getting turned down. Running into his fiancé’s father who invites him to get in line with him, Johnnie shrugs him off and walks away. Annabelle informs Johnnie she doesn’t want to see him again until he is in uniform, and breaks it off with him. 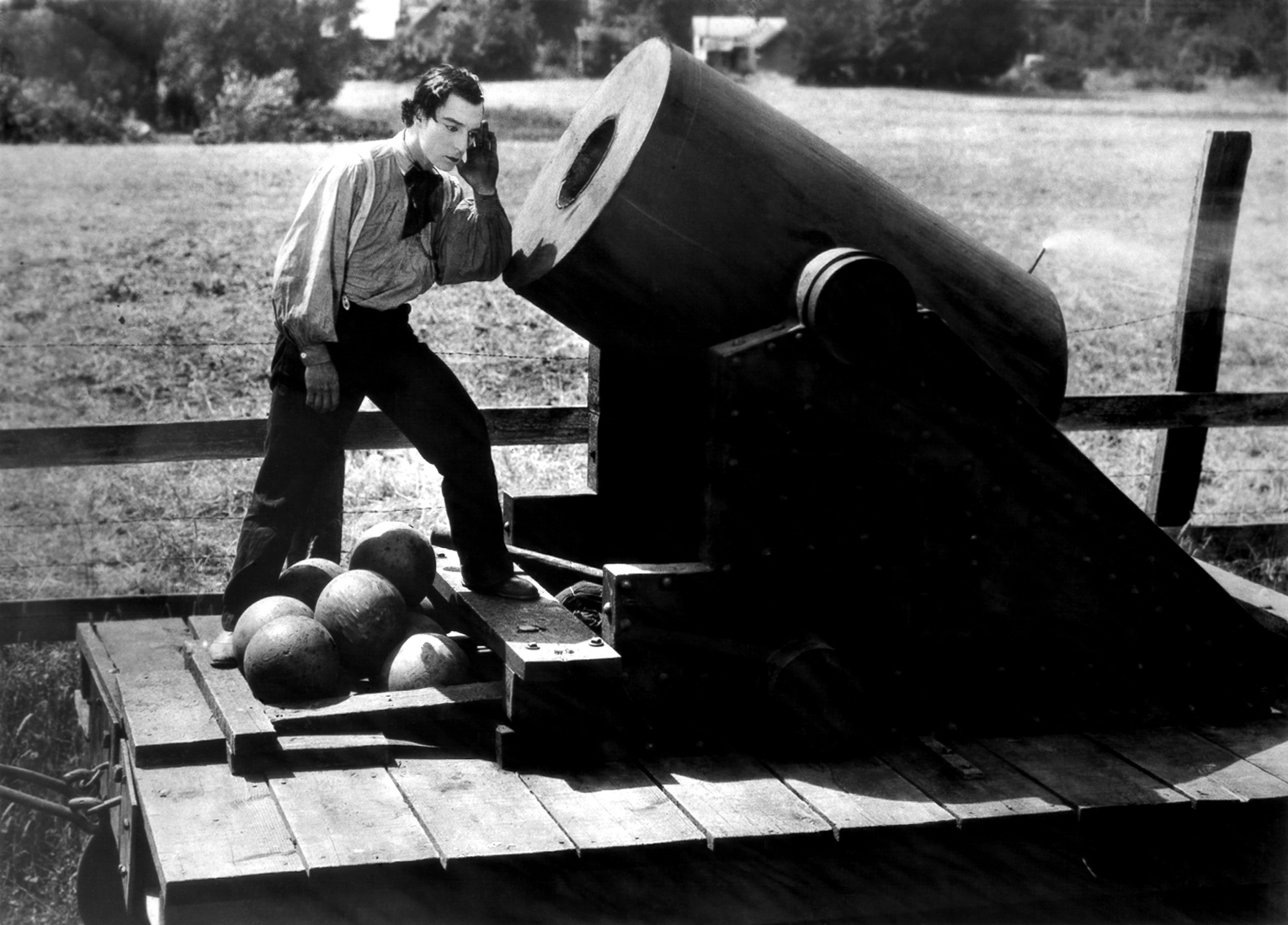 A year passes, Annabelle’s father is wounded and she travels on The General to see him—ignoring Johnnie the entire time. When the train stops for a meal break, a group of Union spies steal the train, and Johnnie takes chase. What follows is amazing stunts and physical work by Keaton. It makes The General not only one of Keaton’s best films and one of the best silent comedies, but one of the finest films ever made.

The stunt which closes out the film is one of the most impressive (and expensive) ever shot. I won’t spoil it for those of you who haven’t seen The General, but let’s just say that none of what you see is a model. It’s all very real, and one of those reminders of just how much the silent era comedians truly did have a daredevil attitude. Kino’s blu-ray of The General looks great, you wouldn’t call it a perfect image, but considering what precious few silents have survived, it’s a treat to get what we can in the format.

Kino has brought along with the film two orchestral scores, one by Robert Israel and another by Joe Hisahi, plus a commentary track by historians Michael Schlesinger and Stan Taffel—both enthusiastic Keaton fans, they provide a lovely track. Vintage TV introductions to the film by Orson Wells and Gloria Swanson round out the disc, as does a short film on the restoration of the locomotive used in the film. 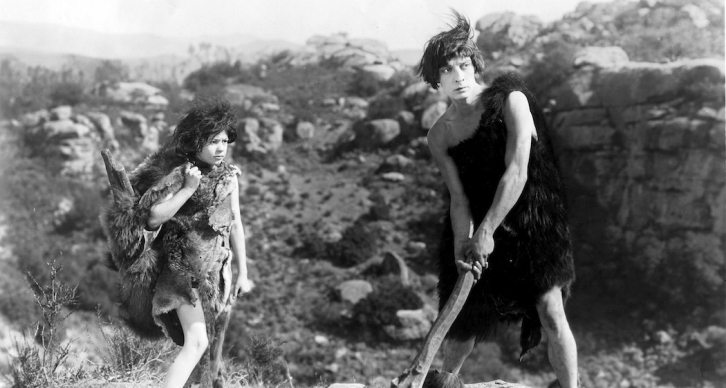 The second disc is home to Three Ages, a take on D.W. Griffith’s Intolerance that tells of man’s quest for love in three distinct time periods: The Stone Age, Ancient Roam, and The Modern Era. The film is a series of vignettes, each one showing the same scenario over each of the three eras. This was done partially as insurance. Keaton had been a star of shorts, in case audiences wouldn’t accept him in a feature film, they could break up the three eras and release them separately. This film, though a touch uneven at times, is a lot of fun.

There’s a gag that I had to watch over and over again to try and figure out. Keaton is driving a car towards camera—we see a ditch in the road ahead of him. When his car hits the ditch, the entire thing falls apart and he walks out holding the steering wheel. I have no clue how they pulled this off, as there’s no tells when the car is moving forward that it’s about to break up perfectly. One of Keaton’s stunts in the film did have him out of commission for three days. He leapt from a board across to another building, missed, hit a brick wall and landed in an offscreen net. He kept the footage in the film. 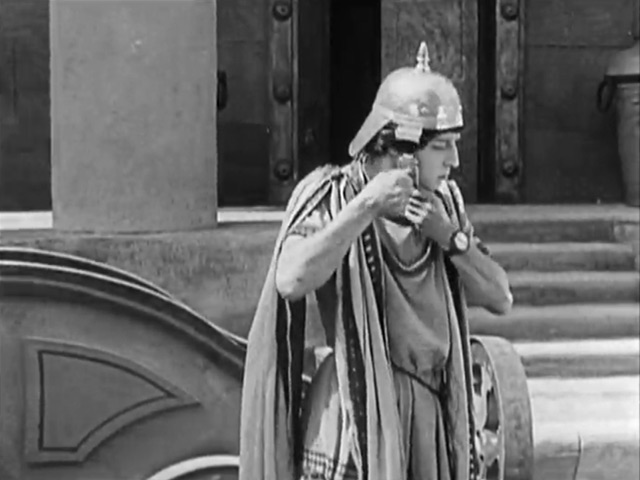 The 2K restoration of Three Ages looks fine, not as well as The General and there’s a fair amount of print damage. Again, we should just be thankful this film has survived to be seen in HD almost 100 years after it was made. Two musical scores are available for the film, one by the Man Alto Motion Picture Orchestra, the other by Robert Israel.

Other bonuses on Three Ages are a vintage Alka-Seltzer ad with Keaton, and an appearance by him on Candid Camera. Also included is D.W. Griffith’s Man’s Genesis, which is parodied in Three Ages. All together it’s a nice edition of Keaton’s first feature outing. 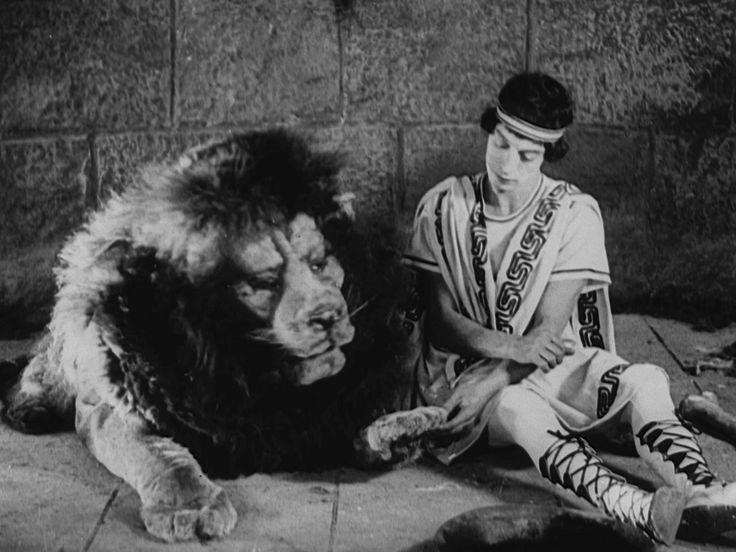 Kino has put together a really nice set for Keaton fans, the inclusion of The General alone makes this a must own, and it’s nice to have it paired with Three Ages which gives people a chance to see more Keaton’s work, if they only come for the first film. Highly recommended. 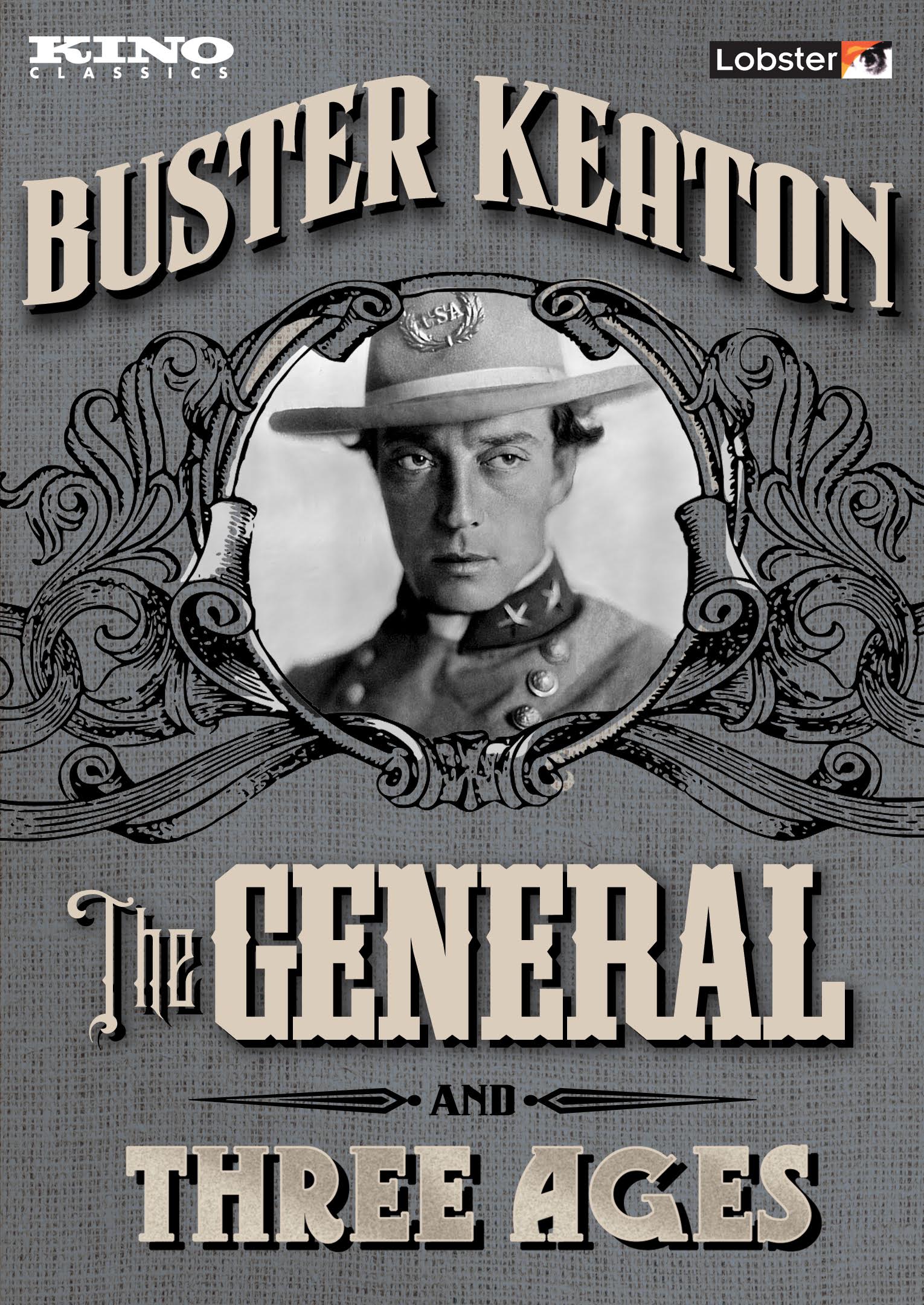 There’s HOPE For Us Yet: Bob Hope from Kino Lorber

I may get some hits for this, but I posit that classic film fans generally do not have as great an affinity for the popular movie comedians of the 30s and 40s, as they do […]