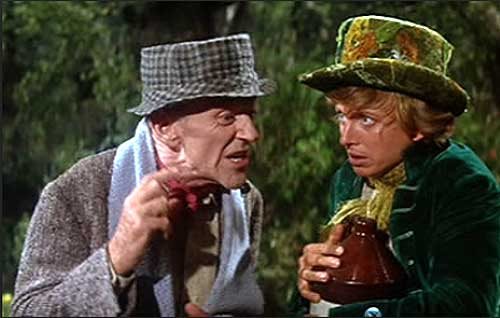 Finian’s Rainbow (1968), directed by Francis Ford Coppola is a musical based on the successful stage play of the same name. Wait — THAT Francis Ford Coppola? Believe it or not – yes! To best explain, the director himself wrote in his autobiography, Francis Ford Coppola, A Filmmaker’s Life, “The only reason I got the job was because I was young. Warner’s had this creaky old property lying around, and they wanted a young director to modernize it. It was between me and Billy Friedkin.”

Prior to Finian’s Rainbow, Coppola had been struggling as the director of sub-level B-thriller’s as far back as 1962’s The Playgirls and the Bellyboy and 1963’s Dementia 13. Warner Brothers wanted a hip director, and Coppola wanted the work.

The screenplay itself diverged ever slightly from the modest stage play. It revolves around Finian McLonergran, (Fred Astaire) and his newly acquired pot of gold. Finian heads from his home in Ireland and descends to the state of Misstucky where he plans to bury his gold in Rainbow Valley (cheeky). His daughter Sharon (Petula Clark) is along with him, begging her father to be smart about his plans for his pot of gold.

Trying to bury his gold in the hope that it will multiply, Finian meets the rightful owner, a leprechaun named Og. Og. played by the enthusiastic Tommy Steele, tells Finian that if three wishes are made and he does not get his gold back he will turn into a human (he already complains about being too tall for a leprechaun). Finian ignores this. Suddenly the Rainbow Valley town-goers and Finian’s daughter are thrown into a world where just one wish suddenly has impact on racism of all things, an unusual level of subtext for a light musical comedy.

Finian’s Rainbow is as strange as it sounds. The film feels like a “made-for-TV-live-musical meets a larger budget film.”  Fred Astaire is the star of course, but there’s something off in his performance, some coin missing perhaps from the pot of gold that Finian stole. 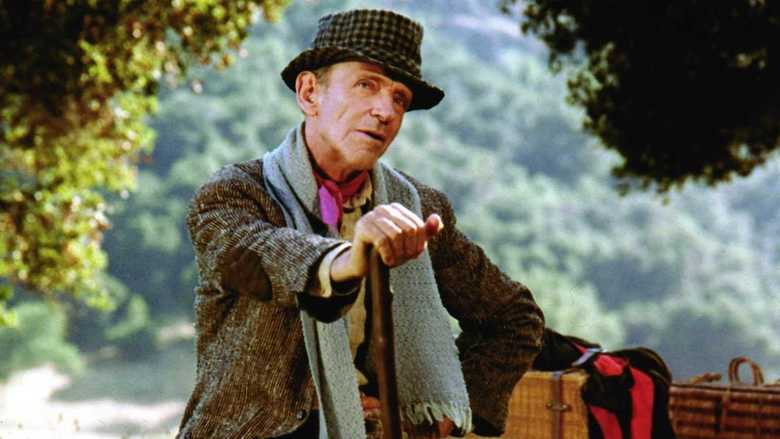 MGM had tried to acquire the rights to the successful stage musical in 1948. Mickey Rooney, Dick Van Dyke and Debbie Reynolds went through the rounds as potential cast members. The film struggled through the years, being dropped and picked up by directors and producers alike. After years in limbo, Warner Brothers announced in 1966 they would produce the film, starring Fred Astaire as Finian and Tommy Steele as leprechaun Og.

Given Fred Astaire’s star power, his role as Finian became much more musically pronounced than the smaller original stage performance. As the film was being produced, Coppola tried to film a majority of the scenes outdoors in his beloved Napa Valley. Astaire was not happy with the harsh reality of dancing on location and Rainbow Valley was then reimagined on sound stages. Obviously, there’s a noticeable difference between the scenes filmed on the back lot.

Finian’s Rainbow struggled to find its footing, literally. The choreographer, and friend of Astaire, Hermes Pan was fired by Coppola during filming. However, even with its tumultuous struggles,  Finian’s Rainbow had the “luck of the Irish” and premiered to critical acclaim, with a box office that more than achieved its gold at the end of the rainbow.

Nominated for Golden Globes that included Best  Musical  as well as Best Actress and Actor, it lost out to Oliver! and Funny Girl. Composer Ray Heindorf’s score was Oscar nominated, but once again lost to Oliver!. Even without any trophies, Finian’s Rainbow was a box office success. 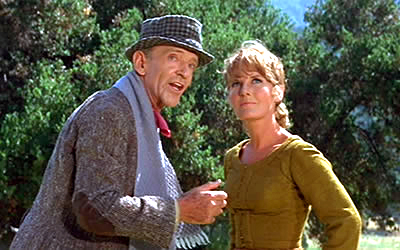 The film is hard to pin down. It’s a fun, family friendly musical that has a good message at its heart. Seeing Fred Astaire on the big screen is always a treat for any audience member, no matter their age. Yet there is something missing from the film as a whole. It’s too kitschy at times, feeling a bit forced. But in the end it’s still a fun curiosity, especially knowing THE Francis Ford Coppola directed it.

Regardless of what’s at the end of the rainbow, Finian’s Rainbow is worth chasing down. Find your pot of gold and own it, now available for the first time on Blu-Ray from Warner  Archive Collection.