When I told a few friends of mine that I was going to be watching the 1968 film Pretty Poison, a film that I hadn’t seen before, a number of them were surprised I didn’t know it. But ‘tis true. I had never heard of Pretty Poison prior to the new blu-ray from Twilight Time landing on my desk. Glancing over the back of the film I was a bit surprised I hadn’t heard of the film, especially since the screenplay was written by Lorenzo Semple, Jr.–the scribe largely responsible for shaping the world of the 1960’s Batman TV series. A very Pretty Poison indeed! 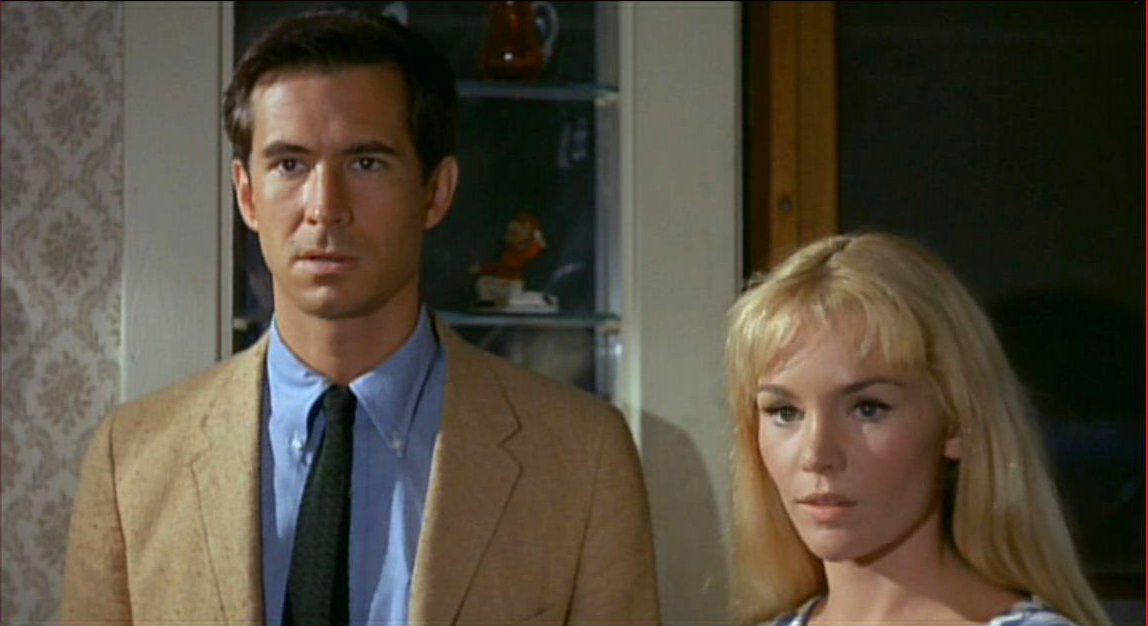 Released by 20th Century Fox and directed by Noel Black, Pretty Poison is a dark, comedic thriller that’s also a neo-noir. Man with a tarnished past? Yep. Femme fatale? Yep. Murder? Yep. It’s all there. But those Noir tones might not stand out immediately to anyone watching the film since it’s shot in that lovely, “glowy” kind of late 1960s color pallet.

Anthony Perkins plays Dennis Pitt who is on probation from a mental institution. Now, yes, with Perkins in a role of this type it’s very easy to bring up the biggest role of his life, good old Norman Bates. But forget about Bates, Perkins does a damn fine job in the film, bringing that great “All-American-Boy-Next-Door” charm he was so good at. The young man has spent the bulk of his life in the institution, and is now ready to enter the world at large.

HIs case officer has set him up with a job at a nearby chemical factory, telling the young man “they don’t know much about your past.” But Pitt is also is fantasizer on a grand scale, something that bothers his case worker who warns him about cutting the flights of fancy out of his life. “There’s no place for it in the real world” he tells him.

But young Mr. Pitt finds himself falling for Sue Ann Stepanek, another “type.” The All American High School Senior, played by Tuesday Weld. Pitt, unable to help himself, starts to conduct one of his flights of fancy around Sue Ann, telling her he’s a secret agent on an undercover mission. But what becomes clear in all too quick a moment, is that Pitt’s fantasizing is all well and good, until Sue Ann changes that and makes things all too real–with murder. 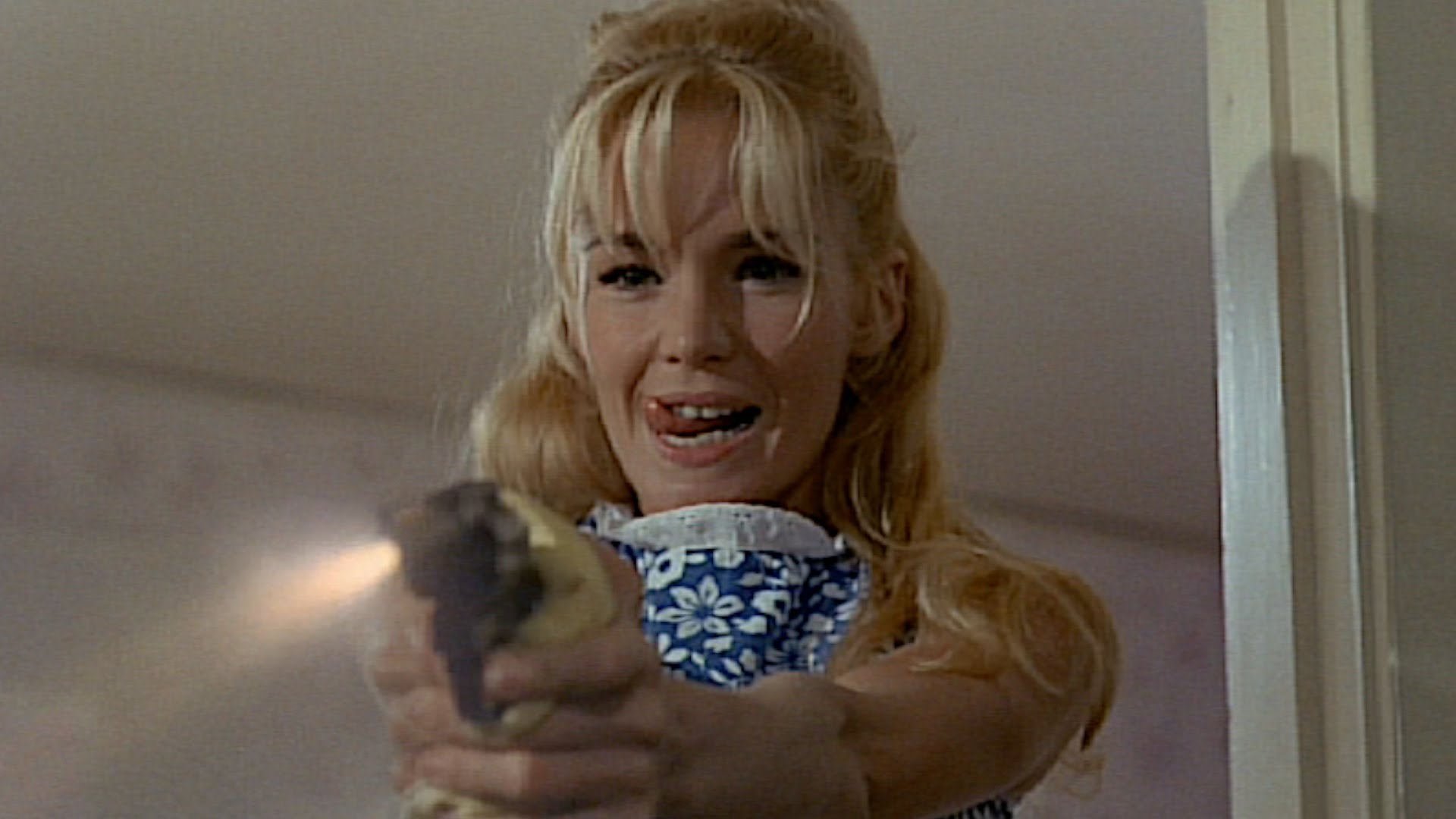 Pretty Poison is part of that crop of late ’60s films where studios were feeling more adventurous (don’t ya wish they’d get there again!?) and willing to take a chance on fringe material. The film did poorly at the box office, but was championed by several film critics, with Pauline Kael being its biggest fan.

I’m still processing Pretty Poison.  This may sound like a very strange analogy, but to me it was akin to  a dark thriller, shot through a Patty Duke Show filter.

Twilight Time brings Pretty Poison to blu-ray with a fantastic looking transfer. That lovely “glow” just pops off the screen with a deep, but natural, saturation. The soundtrack is a 1.0 DTS-HD MA track that is clear and vibrant. Bonus features include a commentary track with producer Lawrence Turman and historians Lem Dobbs and Nick Redman , as well as a second commentary with director Noel Black and historian Robert Fischer. The trailer is included, and a script excerpt of a deleted scene with optional commentary by Black. 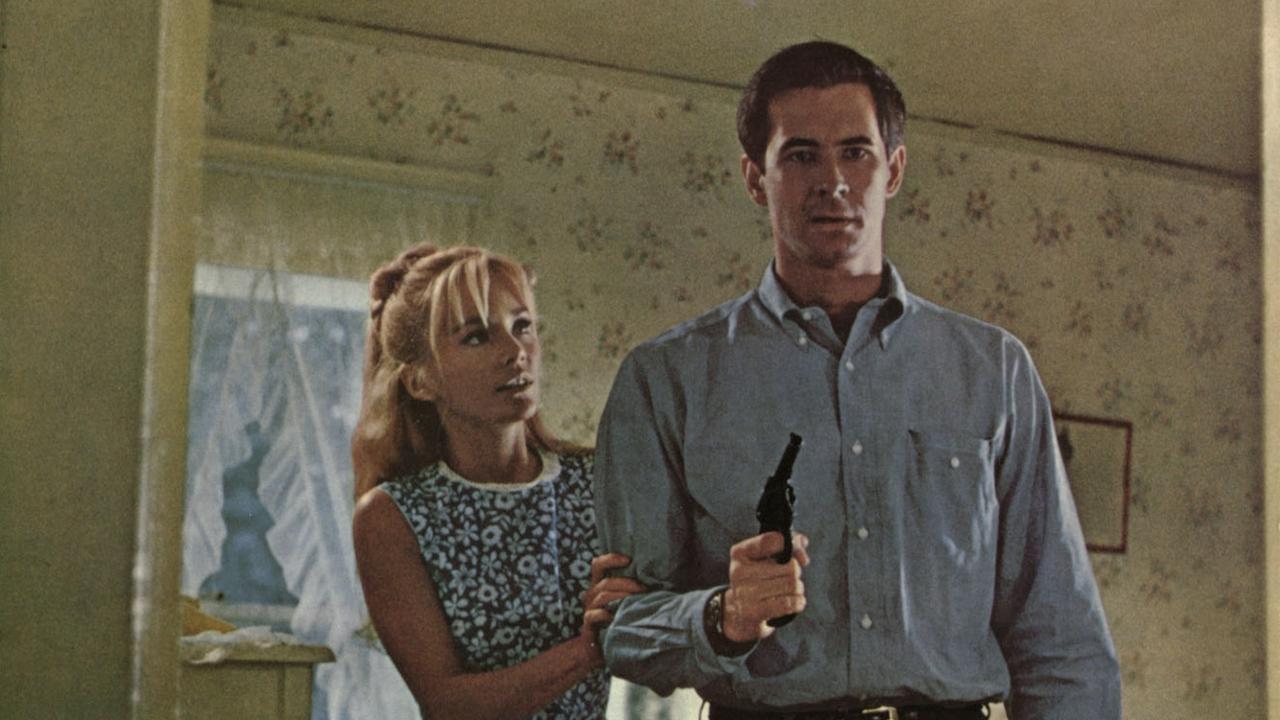 Twilight Time once again brings another fine release to their catalog with Pretty Poison a film I was most pleased to see, after having no awareness of it. This one is worth adding to your collection, and I know fans of this film will be more than pleased with this very Pretty Poison.