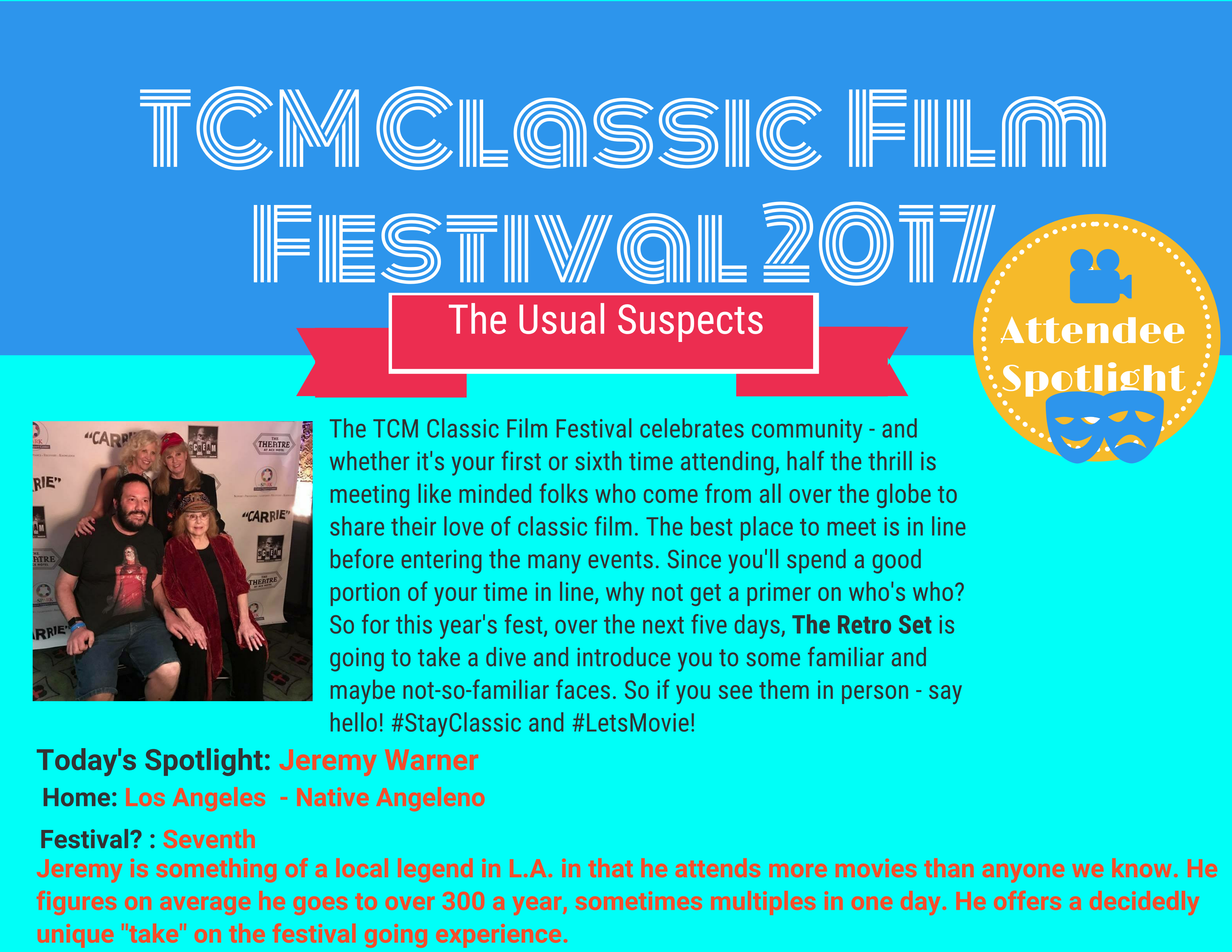 “There is no method to my madness. I find things to enjoy in almost every genre. I can watch a movie like 1984’s Heavenly Bodies as easily I can Casablanca.”

BREAK IT DOWN FOR US – HOW MANY MOVIES DO YOU SEE A WEEK?

“It depends on what repertory screenings are happening, what private screenings I’m invited to, what regular movies I see. I’d say the average for a week is somewhere between 10-20 depending on the week and what’s going on around town. Mostly at a movie or movie related event at least 6 days a week. Sometimes 7. This week was 5 (Monday, Wednesday, Thursday, Friday, Saturday). Saw one film Monday, two  Wednesday, one Thursday, two Friday, four Saturday. Why do I do all this? Because I love film and everything about it.”

YOU HAVE A SPECIAL FONDNESS FOR THE NEW BEVERLY CINEMA (REPERTORY HOUSE OWNED BY QUENTIN TARANTINO). TELL US ABOUT THAT:

“There are several reasons why I am such a die hard fan of the New Beverly Cinema. One of those reasons is the programming. They play a lot of things that quite frankly don’t play at the other repertory houses in the city. I believe that this theater is so important to so many people because it represents nearly the entire spectrum of cinema. I’ve heard countless filmmakers say that they primarily got their film education from going to the New Beverly Cinema. Also no two nights at the theater are exactly the same. One night they could be playing Gone With The Wind, the next night it could be a 1980s grindhouse double feature. It’s also important to me because I’ve made a lot of like minded friends there who share similar interests. Going to this theater is like going into a community where everybody loves the same thing.”

“One that really sticks out was seeing Jim Lovell and Bill Paxton for a screening of Apollo 13. Also having Alec Baldwin interview Dustin Hoffman. And I’ll never forget the closing of the first year and seeing Metropolis in the Chinese with the live orchestra.”

“I discovered film at a very young age. I suppose I probably knew I had the obsession maybe starting around ages 5 or 6, if not earlier. Most of my favorite memories growing up unsurprisingly either involve weekend trips to the video store or movie theater. My parents also had a rather large Betamax, VHS and laserdisc collection, which I’m sure helped.”

“I would coach a newbie just by telling them to go full throttle and don’t stop and make the most out of the fest. My motto is get in a line, go inside, see a movie, come out, repeat. And don’t stop til Sunday night.”