1972’s Boxcar Bertha is an American International film, produced by Roger Corman, directed by Martin Scorsese–his second feature in fact. There’s a lot going on there in that collection of words. Corman, Scorsese, AIP. Based on the book Sister of The Road by Ben L. Reitman, Boxcar Bertha stars Barbara Hershey in the title role, alongside David Carradine, Barry Primus, Bernie Casey, and David’s Dad, screen stalwart John Carradine.

Watching Boxcar Bertha, available through Twilight Time ,  with the advantage of knowing what would come for Martin Scorsese, you can see those iconic elements begin to blossom. Scorsese’s next film after this was Mean Streets, which, of course, put him on the map, and you can see his trademark use of violence and profanity start to appear. Scorsese even makes a cameo in the film as a gentlemen enjoying the company of a lady of the night. After showing the completed film to his mentor, John Cassavetes, he hugged Scorsese. “Martin,” he said, “you’ve just spent a year of your life making a piece of shit.” Cassavetes warned Scorsese not to get trapped in the exploitation market, and to go out and “try to do something different.”

Boxcar Bertha is still an AIP film and produced by Roger Corman, which means it falls right into the crosshairs of exploitation. Corman supposedly had hopes for it as something of a follow up to 1970’s Bloody Mama, so it has all the earmarks of that mode with plenty of blood, boobs, and cursing. The restrictions of old Hollywood had gone away, and everyone took advantage of it. It’s a curio if anything, as Scorsese was another proud graduate of “The Roger Corman Film School.”

I say all of this not with a derogatory meaning at all. I love AIP and Corman as much as the next person. American International is one of the most unique and delightfully wonderful studios to have ever existed! Perhaps I say all of this as truth of the matter–for me anyways–is that Boxcar Bertha didn’t really do much for me. It’s good, it’s not a bad film, but I had a hard time keeping up with some of the plot elements.

David Carradine’s character is a young upstart, fighting against the railroad system and trying to unionize the workers. A lot of people despise him for this, which leads to the great moment of having John Carradine, in that wonderful voice of his, refer to him as a “commie son of a bitch.” A highlight for yours truly. I do quite like the title sequence that turns into this 1930s styled “stars in the optical circle with billing” number. 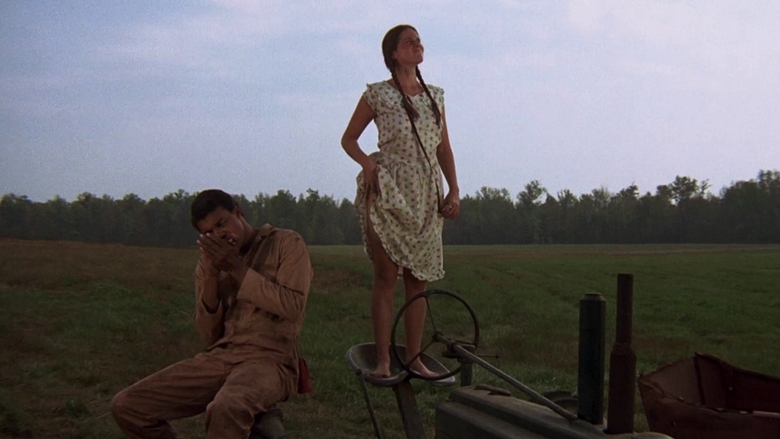 At the time Boxcar Bertha was made, David Carradine and Barbara Hershey were an actual couple which helped inform their onscreen relationship. Hershey has had a long acting career, appearing in everything from Black Swan, Beaches, Hannah and Her Sisters, The Entity and on numerous TV series ranging from Chicago Hope to the much beloved British Poirot series. Hershey would work with Scorsese again in 1988’s The Last Temptation of Christ, one of Scorsese’s most controversial works, based upon a book that Hershey herself introduced Scorsese to during the making of Boxcar Bertha.

Twilight Time’s blu-ray of Boxcar Bertha looks darn nice; a well done transfer of a low budget film from the early ‘70s. Outside of the standard booklet essay by Julie Kirgo, the  isolated score track and the original theatrical trailer are the only supplements. I’m sure it has it’s fans and if you are one, I don’t mean to belittle it or your love for it in any way.  If you’re a Scorsese completist, you’ll be very pleased with this Blu-ray.