It wasn’t the first Hollywood film on jazz, but it was damn near the best. Cobbling together some of jazz’s leading luminaries in 1944, Life photographer Gjon Mili shot his first and only film, the ten minute Warner Bros. short Jammin’ the Blues. The set-up was simple: reconstruct a fabled midnight jam session to capture the tone, mood, and atmosphere of jazz at its most embryonic and unfiltered. To this end he assembled a dream team of talent both in front of and behind the camera. Among the cadre of players were legends the likes of trumpeter Harry “Sweets” Edison, bassist Red Callender, dancer/singer Marie Bryant, and the Prez himself—saxophonist Lester Young. Together they jammed three songs: the smooth and smoky “Midnight Symphony,” a bluesy, laid back cover of “On the Sunny Side of the Street,” and the eponymous “Jammin’ the Blues,” a swinging dance number.

To capture the music, Mili enlisted cinematographer Robert Burks, the man who would go on to become one of Alfred Hitchcock’s go-to collaborators. Together, Mili and Burks laid the groundwork for a visual style that would become as inseparable from jazz music as Louis Armstrong: high-contrast cinematography that stripped the musicians from their environments, positioning them in a neutral universe of negative space where seemingly by the will of some demiurge, only they and their instruments exist. Their frame compositions are as rigidly constructed as architecture, and many of the shots sear themselves into the memory: a close-up of Young’s hat that slowly zooms out to isolate him and his saxophone in a dimension of inky blackness; Barney Kessel’s fingers dancing up and down his guitar’s fretboard in close-up (the only white musician in the film, Kessel had his hands dyed black while the rest of his body was obscured in shadows); a jubilant Bryant dancing in the bottom righthand corner of the screen framed by Edison and his trumpet in the left and top foreground. If Louis Armstrong gave jazz its sound, it was here in this film that Mili gave jazz its look.

Jammin’ the Blues is essential cinema for lovers of jazz and war-time Hollywood. The Warner Brothers Archive Collection recently released the film on Blu-ray, and it has never looked better. Short of seeing it on the big screen, this is how Mili’s monumental film should be seen. Perhaps sensing that charging consumers $20+ for a 10 minute film was an unsustainable business model, Warner Brothers wisely included a number of other short films in its release. The two best are Crane Wilbur’s I Won’t Play (1944) and the Merrie Melodies short The Weakly Reporter (1944). The first, a sappy but sweet story about a US Marine stationed in the Pacific who likes telling tale tales about hob-nobbing with George Gershwin and Humphrey Bogart, won the Academy Award for Best Short Subject (Two-Reel). But film buffs and historians will be particularly interested in how the film doesn’t censor some of the less politically correct artwork of Emperor Hirohito strewn about the Marine’s barracks. The Weakly Reporter may not have any of the well-known Warner Brothers’ characters, but it’s a fascinating little newsreel “spoof” about America acclimating itself to war, directed by none other than Chuck Jones. From the standpoint of political correctness, many of the jokes have aged about as well as Der Fuehrer’s Face (1943) or Bugs Bunny Nips the Nips (1944)—see one gag about members of the Women’s Army Corps being trained for combat by having them fight over a department store selection of nylon stockings. But as a sociological text about the realities of wartime rationing, women entering the workplace, and the toll of military industrialization, it’s invaluable.

Now here’s the confusing part. For whatever reason, Warner Brothers packaged Jammin’ the Blues, one of the greatest short films ever made, alongside Michael Curtiz’s feature length Passage to Marseille (1944), a thoroughly mediocre military melodrama so desperate to replicate the success of Curtiz’s earlier masterpiece Casablanca (1942) that it reuses most of the principal cast and some of the same story beats about lovers torn apart by war and self-centered anti-heroes who come to learn the importance of self-sacrifice. Though effused with shimmering and luscious black-and-white cinematography courtesy the great master James Wong Howe, the film gets bogged down in the complexities of its own narrative, thanks in large part to its use of extended flashbacks and flashbacks-within-flashbacks.

It revolves around a group of escaped convicts from the penal colony of Cayenne in French Guiana who are picked up by a tramp steamer headed for France with a shipment of ore. Led by unjustly imprisoned newspaper reporter Jean Matrac (Humphrey Bogart), the men eventually convince the ship’s captain Malo (Victor Francen) that they only escaped because they want to join in the fight against Nazi Germany. This being one of those films that views armed struggle against the Nazis as a great purifier of petty crimes like murder and industrial sabotage, the escapees earn their freedom to fight after helping put down a Vichy rebellion onboard Malo’s ship. It’s military and nationalistic propaganda of the most shameless, absurd, and unsubtle kind. 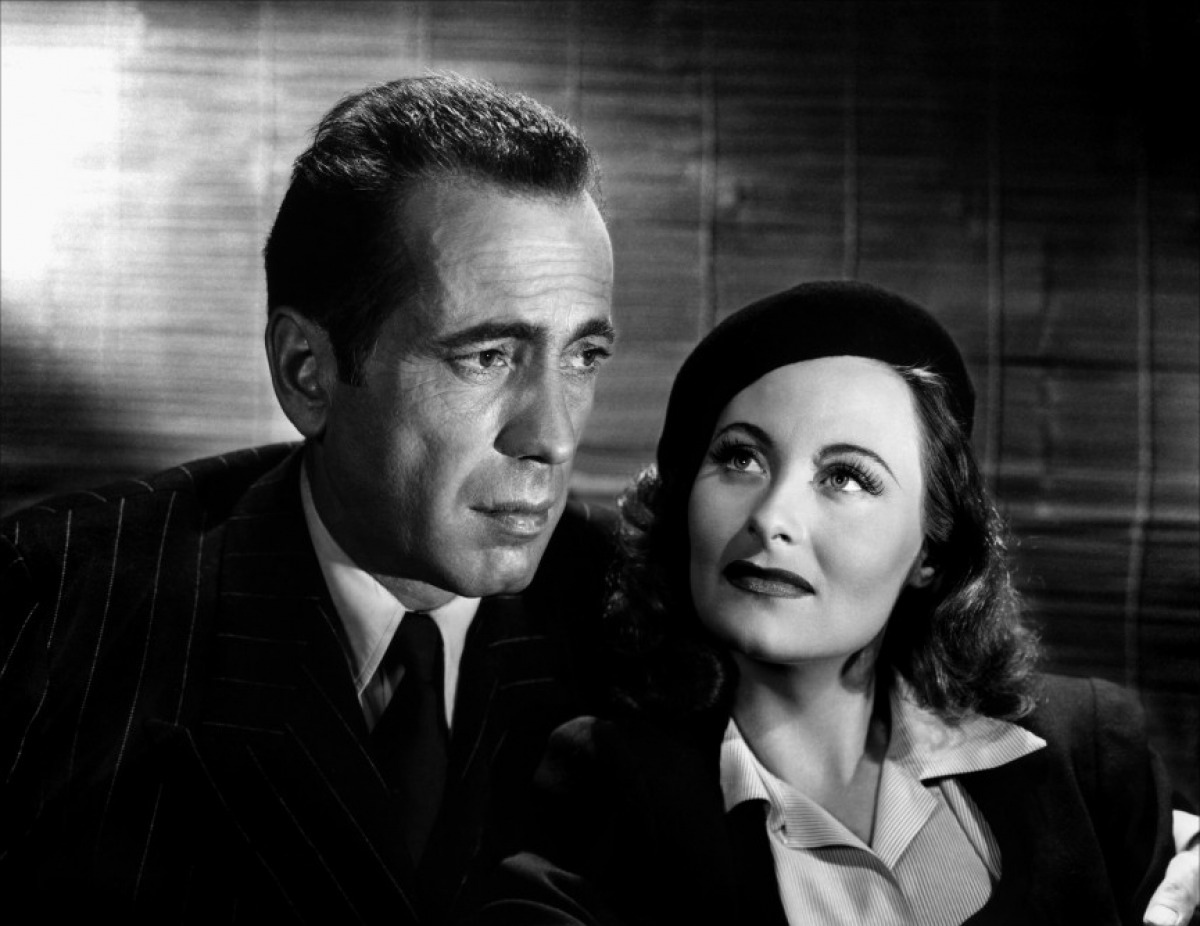 Why they packaged Passage to Marseille with Jammin’ the Blues mystifies me, but not as much as why it gets top billing in the Blu-ray release. Somebody at Warner Brothers needs to get their priorities straight. But until then, look for the box that says Passage to Marseille to get one of the supreme triumphs of visual jazz culture.