Body Snatchers, Abel Ferrara’s 1993 adaptation of Jack Finney’s 1955 novel, is the third of four (so far) versions of the story and I’d venture to say the second best after the original. With a script by five writers, including the great Stuart Gordon, the writer-director behind Re-Animator, and expert direction by Ferrara, Body Snatchers finds our titular evil alien pods attacking a military base in Alabama in a unique take on what has become an almost overplayed science fiction trope, a parasite from space that makes slaves of humans to ensure the survival of their species. Despite being released by Warner Brothers, the movie is virtually forgotten today, having been dumped in a few theaters on release, grossing less than a half million dollars. Luckily, you can score a DVD copy as part of the Warner Archive collection.

The movie comes in at around an hour and a half, which is about the right length for this kind of thing. The much more famous 1978 version clocks in at over two hours and has a final act that just won’t end. Science fiction and horror does well at an hour and a half or so. Something to do with not stretching a concept too much, I think. Anyway, this version is tightly paced, which is nice.

For the first half of the film, the camerawork suggests we’re sort of looking at things from the point of view of the aliens, which, as the movie begins, are little plants that eventually turn into pods. So we have plenty of skewed camera angles, paranoid POV shots, etc. There’s also some pretty impressive symbolic juxtapositions as Ferrara uses low angle shots to emphasize a power differential between two characters. Early in the film, the general in charge of the army base in which the movie takes place (the great R. Lee Ermey) is shot from below to emphasize his intimidating presence, especially over the civilian EPA guy who’s in his office getting an earful about biological warfare. Later, the same EPA guy is taking samples from a nearby stream when a medical officer, played perfectly by Forrest Whitaker, is shot from the same angle, except now we see nothing but the bluest of skies above his head, reminding us of the basic fragility and powerlessness of these characters, whose bodies are about to be taken over and replaced by a parasitic human-alien hybrid. 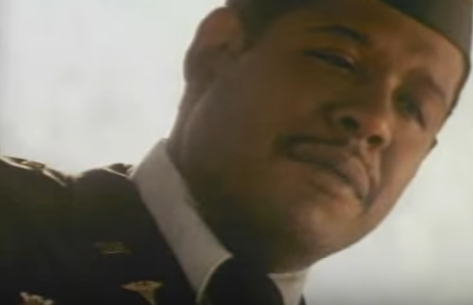 The effects are also quite passable and remind you that you’re watching a movie with major studio funding. For the first time, we see the actual metamorphosis of a pod person inside its shell.

The movie finally ditches any implications of being an anti-communist message film, which the original Invasion of the Body Snatchers may or may not have been (the jury is still out). A good thing, this, because why narrow your focus? These movies have always been, broadly, about extreme conformity, something that can be applied to a variety of ideologies, including, as much as we might not like to admit, some of those that are actually dear to our hearts. Not just the “evil” ideologies.

The movie takes place on a little military base in Alabama. It’s a little harsh on the organization, as far as these things go. I mean, it makes enough sense because the military already has a built-in element of conformity, but by necessity. It would be a little silly to have an army that wasn’t immediately prepared to carry out orders. No time for debate, as these things go.

But the concept is interesting as it keeps you guessing whether a character is a pod person or just regular military personnel. Also: smart move limiting the narrative to a single base instead an entire city, as in the 1978 version. A handful of people trying to escape a military base is a touch more plausible. A touch. Always have to keep in mind we’re dealing with pods from space here. 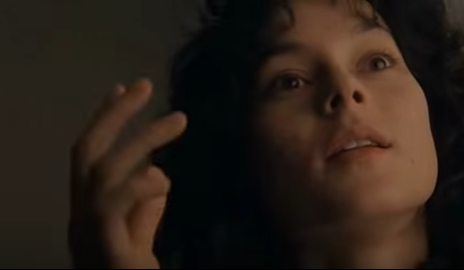 Perhaps if we are looking at this film as allegory (boring!), one of the most affecting scenes comes when the child of the EPA guy is in his preschool classroom and everyone’s showing their finger paintings and all of them except his look exactly the same. If this isn’t an indictment of education, especially of the public variety, I don’t know what is. Incidentally, this six year old kid is initially the only one who has a clue that something is amiss with the people on the base. Children are more likely to believe weird things, I guess? Anyway, the five year old, like almost everyone else, becomes a pod person himself and eventually gets thrown from a helicopter. So if you don’t dig seeing kids tossed from helicopters, even evil pod kids, I wouldn’t recommend checking out Body Snatchers.

The third act of the movie kind of devolves into weird action, which includes missiles being shot at pod people from a helicopter, so things get a little haywire and the whole affair becomes boring. Or maybe it just bored me because I just can’t get into action for action’s sake anymore . But, no matter, really, since the taught direction of the first two acts are fun enough. Though the concept was never really as profound as it wanted to be, this iteration of Body Snatcher movies always provided some scares and thrills and probably will in the future, too. But no more than one remake per generation, please.

Body Snatchers is available as an MOD through Warner Archive Collection