The 1959 film Solomon and Sheba was the last effort of the great King Vidor, known for Dual in the Sun (a fine film that graces top ten lists of many cinephiles — Marty Scorsese being one), as well as The Crowd, War and Peace, in addition to doing some uncredited work in The Wizard of OZ (the Kansas scenes, to be precise).

One of the many reasons why this film went largely ignored is because of its timing. Solomon and Sheba was pitted against absurd competition in 1959, the far superior epic Ben-Hur, Billy Wilder’s hilarious Some Like it Hot. North by Northwest, Rio Bravo, and The 400 Blows all came out that year, films that continue to stand the test of time, influencing storytellers for generations to come, unlike Solomon.

Solomon and Sheba is a rather turgid re-telling of the biblical tale where Solomon, successor of King David, wars with his brother Adonijah over control of the twelve tribes of Israel. In the process he’s seduced and manipulated by Sheba, a temptress sent by the Egyptian Pharoah to disrupt the Israelites. Solomon’s good nature, wisdom and benevolent ruling style pose a threat to their pagan way of life. Let’s ignore the far from subtle theological soapboxing going on in this film and just talk about the execution.

Tragically, Tyrone Power died during filming. The torch was passed to Yul Brynner before he was Yul Brynner. His intense gaze stands out in the film, though he isn’t exactly fit for the role, just like his slicked back hair (was that a wig?) isn’t fit for his head. If you ignore the awkward casting, you might be able to see something more in this actor and the fact that he would go on to do superior work. Try to count how many times he blinks — it’s a great opportunity to play the least satisfying drinking game of all time.

Sheba is played by Gina Lollobrigida (she played Esmeralda in the 1956 adaptation of Hunchback), who comes off here as a poor man’s Elizabeth Taylor. Hair and Makeup people made some interesting choices with the rapier sideburns and even sharper eyebrows. Her temper tantrums and sudden fits of emotion are somewhat awkward even in their best moments. George Sanders’s portrayal of Adonijah is fairly one dimensional as well. All he’s missing is a twirling mustache. But it’s George Sanders – you have to give him a pass. 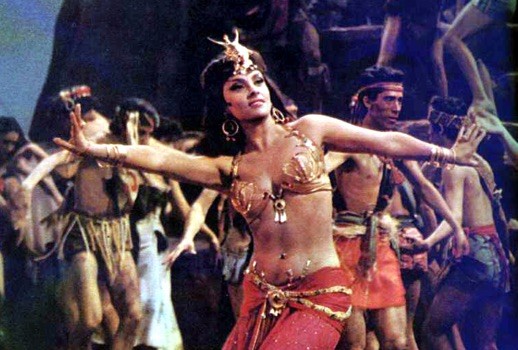 Solomon and Sheba is a film trying desperately to be great and not quite getting there at every turn. The stunts are gimmicky right from the initial battle sequence where you can clearly see a dummy fall to its death in a chariot wreck. And the ungodly expositional dialogue sounds like it came out of the world’s worst Screenwriting 101 class.

This story seems to lack proper motivation, defying logic, and simply exists as an “Old Hollywood” costume film that would soon lose favor with audiences. Film critics of the time, like New York Times’ Bosley Crowther shunned the film upon first viewing. 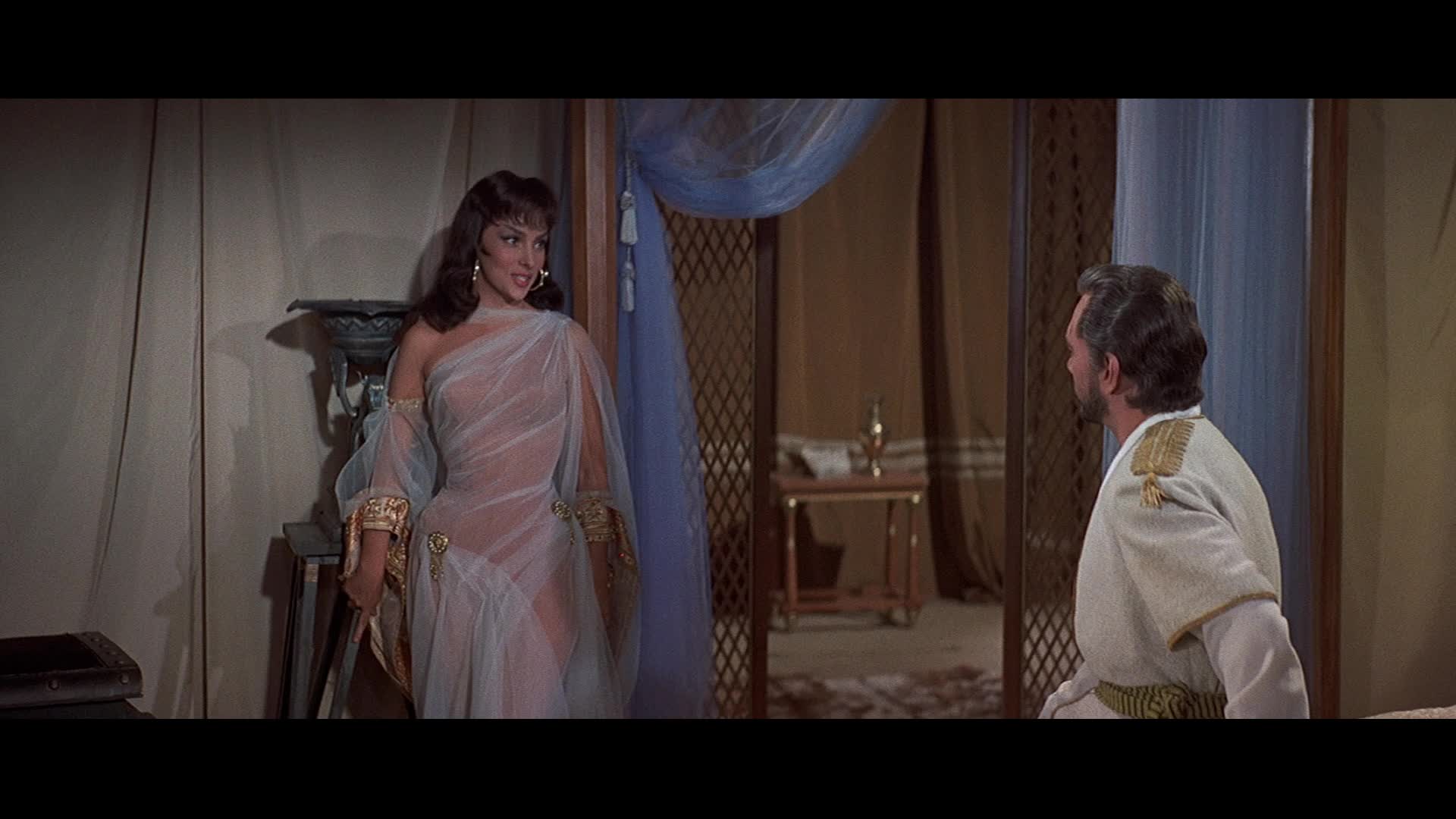 Yet, I still think that Twilight Time’s Blu-ray™ edition of Solomon and Sheba is worth watching. It’s one of the last death throws of the big studio epics that ushered in the more character-driven, realistic, introspective films that would come out in the 1960s and 70s. It’s a film that needed to die in order for the iconoclastic American film revolution to walk over its corpse.