20th Century Women is a film about Dorothea, a mother (Annette Bening) trying to raise her son (Lucas Jade Zumann) as a good man, even though his father (literally) is out of the picture. Dorothea enlists the aid of two women (Greta Gerwig) that live with them in their Fawlty Towers-cum-Santa Barbara Style residential bed and breakfast. Writer-Director Mike Mills (Beginners) mixes comedy and drama – along with autobiographical detail, feminist theory, and unconventional narrative devices – to create a touching, tenderly-wrought panorama about the struggles faced by men and women alike as they try to understand what it means to be a good person. Billy Crudup and Elle Fanning also appear.

I was born in Santa Barbara in 1980, the year after 20th Century Women takes place. I was raised in a liberal household by a committed feminist mother.

And I saw 20th Century Women the day after Hillary Clinton lost the presidential election.

These might not all seem like relevant pieces of information for a movie review, but bear with me. Watching a film – any film – is a deeply personal experience, and who we are and what’s happening around us deeply affect how we interpret a film. It would be disingenuous of me to try to explain how and why I loved this film without including these details.

That said: I cried probably eight or ten times during the course of this film. If that sounds like it’s a lot, it probably is. I was already in an emotional mood headed into the movie that day, the film covers a time and place that I am intimately familiar with, and it covers issues that I have worked through my entire life: It’s hard learning how to be a good man. It’s hard being a feminist that wants to treat women right and being a teenager that at the same time is also being bombarded by sex hormones. It’s hard reconciling the theories found in books with the physical realities of peer pressure.

When I mention that I saw this movie the day after Hillary Clinton lost her bid for the presidency, it’s not because I believe this is the platform to rehash the many debates about that outcome that are plenty accessible on other forums. I bring it up because it was a heavy day to contemplate everything that being a 20th century woman entails – and being a 20th century man, or a 21st century person – all of it. 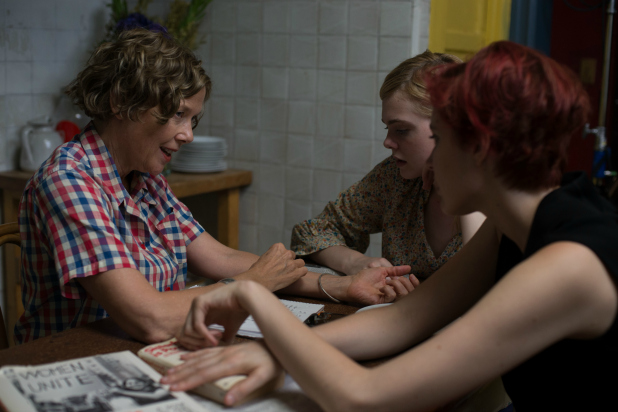 Seeing 20th Century Women on that day, it was impossible not to think about all of the women that I know – personally, and through the filter of the media – that have worked their asses off to make me a better person, and to make the world I live in a better place. One of the things I cried for was thinking about how those women must have felt that day, watching one of the most hard working people in the world, regardless of gender, fall short in her efforts. It hurt thinking about their pain as they contemplate the various different reasons that Americans couldn’t accept this person as their leader. It also offered hope for the men and appreciation for the women that have worked to get us as far as we are, and that will keep working until they physically collapse in order to help us live better lives.

Before we go much further: I should maybe make a note about the crying.

I know that when I hear that a movie is a crying movie I develop a very pronounced aversion to seeing that film. I hate schmaltz; I hate films that manipulate you into crying. Even worse I hate schmaltz though, I’m allergic to films that make me feel real emotions. Those movies that I know will genuinely yank my heartstrings in the most honest and life affirming ways. I hate them because I know I’m an easy mark. I know that they’ll get to me, that I’ll be a grown man crying in public, and to round it all off I’ll be mad at myself for falling for their schmaltzy manipulative heartstring yanking.

I still haven’t seen Up because I know about the first ten minutes and I just can’t bring myself to do that to myself, no matter how ultimately *ahem* uplifting the story may be.

So I personally feel that it is important to report: these are not those kind of tears. The tears that I shed during 20th Century Women weren’t due to any great tragedy: no battlefield sacrifice or brutal cruelty; none of the usual tricks that Hollywood pulls in order to crassly remind you that they are telepathic puppet masters that control your mind and emotions. The tears I shed during 20th Century Women were… good? Honest? It’s hard to explain. But they weren’t sad tears; they were tears of recognition. I cried for the honesty of it, for knowing what it’s like to be in the middle of it.

I’m afraid that if I were to read this review it would make me intellectually want to see this film but emotionally I would be terrified – and what I’m trying to say is: don’t be. I know that it can be scary to commit to feeling feelings – or worse, to put yourself in a position to not feel the feelings that everyone else is – but chill out. This was a movie that hit me in all my own specific feel spots, and it probably won’t hit everyone in theirs. 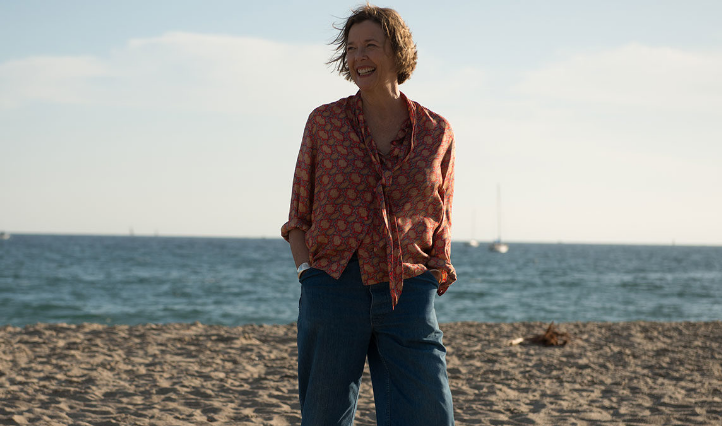 Great art is great art in part because of its ability to make anyone, regardless of origin, see themselves in the story. I want to emphasize that you don’t have to be born in Southern California in the waning days of the Carter administration to enjoy this movie. Annette Bening has already been nominated for a Golden Globe for her performance, the rest of the cast is pretty damn solid behind her, and the writing is tighter than the stings in Tommy Ramone’s snare drum. The film is beautifully shot, capturing the golden light that Santa Barbara is known for, and I laughed throughout the movie far more than I cried.

One of my favorite things about Mills’ screenplay was how it resisted the temptation to force a false plot on to the action of the film that so many McKee–school graduates would’ve succumbed to. Teaching someone how to be a man is plot enough. Forcing some sort of MaGuffin into the movie in order to fulfill conventional ideas about how a film is supposed to work would only have distracted from the real plot of the movie – the real plot of every movie, when you get down to it: just how damned complicated it is being human.

This review has been hard to write because I liked the movie so much that I genuinely want to encourage people to see it, however I also don’t want to taint their experience by heightening expectation too much or making it hard to engage with emotionally. The times it’s hardest for me to cry are the times I know that I’m expected to, so I’m deeply afraid of creating in other people’s heads the same kinds of loony complexes that I have running around in my brain.

I’ll leave it at this: I’m glad this movie is in the world. I think we’re better off, as a human race, for it’s existence. That’s not hyperbole or salesmanship, that’s just straight up how I feel about this movie. If you want to be a good person this holiday season, take your mom (or any of the other sweet souls that shaped you) out to see it, and tell her thanks for all the hard work she did putting up with you when you were an awful little hormone tornado. It’ll warm that sweet, exhausted heart that you’ve put through the wringer so many times, I promise.

Hug and kiss the ones you love. Take care of smaller mammals. Be patient with others as they struggle through this weird, sad, sweet, thing we’re all stuck in the middle of.

Leaving the Lights On…Permanently: The Strangers

This post is part of The Retro Set’s Friday column The Retro Set Horror Corner, hosted by Meaghan Clohessy Audiences look for the safety nets in horror films. The use of daylight, heightened musical tones, and […]

Beauty in Translation: The Book Thief

Markus Zusak’s The Book Thief combines both genres of WWII fiction and coming of age tale. The story covers themes of innocence and humanity wrapped in a bilingual structure. Despite potential difficulties in translating these […]