The Retro Set is extraordinarily fortunate to have Nathanael Hood in residence at the 54th Annual New York Film Festival. He’s covering, of course, revivals and restorations for us, as well as grabbing hold of some pretty interesting folks and forcing interviews out of them, specifically Christopher Murray, son of Don Murray! Check it…

At this year’s Henry Hathaway retrospective at the New York Film Festival, one of the film’s being shown is the 1958 Don Murray Western From Hell to Texas. Before the screening, a man walked up in front of the crowd and announced that he was none other than Don’s son Christopher. He gave a brief introduction to the film, recounting a couple of stories about his father during its production. Remembering that I am, in fact, a journalist, I asked him if we could have a few words following the screening. He graciously agreed.

NH: Thank you very much for taking the time to speak with me!

CM: It is my pleasure, indeed!

NH: So [From Hell to Texas] was a wonderful film!

NH: What was it like seeing your father in that movie?

CM: Well, you know, the last time I tried to see this movie, I was supposed to give him the Lifetime Achievement Award at the Egyptian Theater in L.A. Thing is, I’m a public safety official at an arts festival called Burning Man, and if you know anything about that—

CM: —you know how taxing it can be to be public safety up there! And I was driving back from an all-night shift and I thought I was gonna make it. I was going to stay overnight where the film was shot, in the Alabama hills, in a place called Lone Pine. It’s about halfway between Burning Man and L.A. And I fell asleep at the wheel. And the next thing I know, I wake up three days later in a hospital with Dad standing at the foot of my bed.

CM: So, seeing this was a pilgrimage. One of my friends was a member [of the Lincoln Center] here and he called me and said that they were showing it. I told him that I’d be on the next plane.

NH: Well I’m glad you could make it. I’d never seen it before—

NH: I was amazed at how many layers the story—

CM: It does! That’s the thing: I was never aware of Henry Hathaway. I mean, I knew him as a name but I was more of a John Ford fan just because I grew up in that era. And if you’re gonna look at old movies you’re gonna look at John Ford movies. You know, Henry Hathaway was sorta the thinking man’s John Ford. And he didn’t just do Westerns, he did noir, he did so many different things. But that interest only came after I read about him and learning that he did this film with dad. But I was so glad that I got to talk to Dad about it. Did you know that the movie inspired The Rifleman?

CM: Yes! Let me tell you this story. While he was making The Rifleman, Dad was practicing with a guy named Rodd Redwing. He claimed to be Cherokee Indian. He was an expert gun-handler. And he could do ANYTHING with a six-gun or a rifle. And he did a Wild West act which was all gun demonstrations and throwing knives. And one of his signature tricks was throwing a knife at a target, drawing, shooting a hole, and having the knife land in the hole. And it wasn’t trickery. So they’re practicing on a soundstage, just so dad could get the feel of his rifle. And Dick Powell, who was one of the founders of Four Star Television saw them and said that he was going to make a Western based around their method of gun handling. That Western would go on to be The Rifleman. And that show opens with a guy just…BAM BAM BAM BAM…seven shots on the lever of his Winchester and then twirling it around like people used to do with pistols. And they had to modify the Winchester with a loop and a lever. But that gun-handling came from this movie, that opening scene where Dad is being menaced by R.G. Armstrong’s men and he fires his Winchester several times to spook their horses.

Check out the original scene:

…and the opening of The Rifleman

CM: And, a funny addendum to that story: when Rodd died they found out that, yes he was Indian, but he was what we call “dot Indian” not “feather Indian.” He was born in Delhi or something. But it was like the ultimate Hollywood re-invention because he was so convincing!

CM: Totally! Well, anyway, I can’t believe that this film isn’t considered to be a classic alongside The Good, the Bad, and the Ugly because there are so many allegorical things going on.

NH: It’s got one of the best screenplays in a Western of its era, too. That one line near the end where Don’s character tells Armstrong that he’ll probably end up in hell—

NH: Yeah, that was cold-blooded!

CM: What a great line… 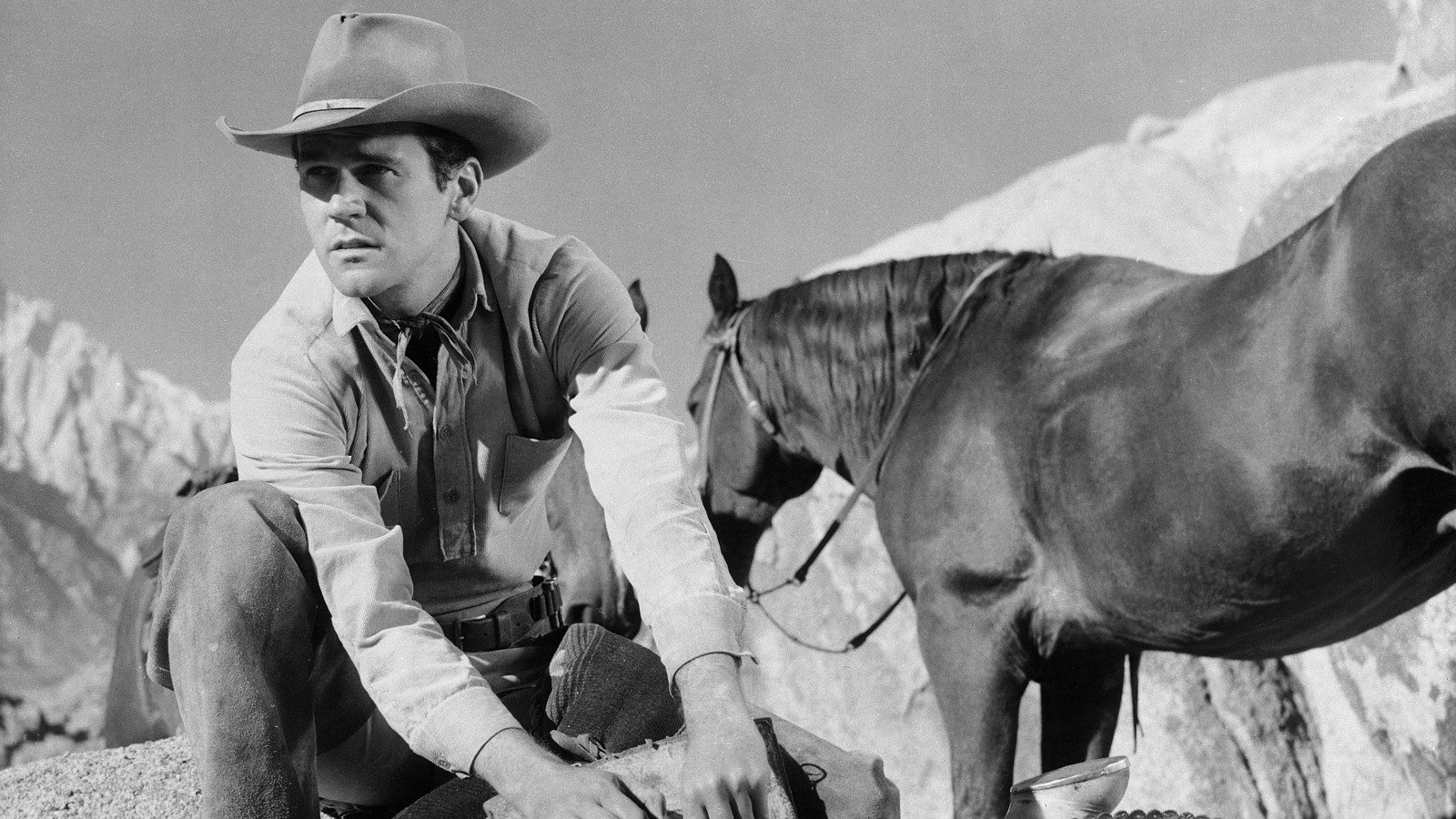 CM: It really does. And I’m trying to think if I know anymore about Hathaway’s work. There’s such a passion in this film. You could show it in any country, without subtitles, in France, Italy—

CM: Yes! You could show it without subtitles and the film would still work because it’s so brilliantly told visually. And, you know, this was such a special role for my father. It was such a different kind of role for him where you truly got to see his kindness and goodliness shine through.

CM: Thank you for coming!

Shortly before our screening of Gillo Pontecorvo’s The Battle of Algiers, one of the organizers for the New York Film Festival announced that, unfortunately, Saadi Yacef—one of the real-life leaders of Algeria’s National Liberation Front […]