I used to be in an improv group. We’d do a scene where at any point, the audience would shout out different playwrights, writers, directors, etc., and we would have to change the scene as if that suggestion had authored the scene. Invariably, we would get David Mamet, and no matter what the scene was about, it would go like this:

“Did you get the thing?”

“The thing we talked about. The thing.”

“The thing we talked about.”

“You didn’t get the thing?” 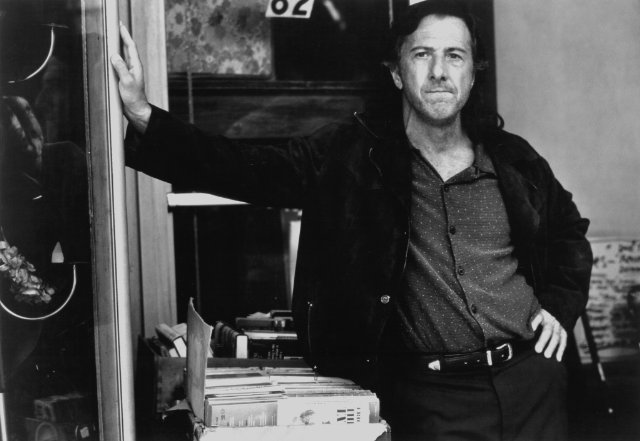 There’s no questioning the power and magnitude of Mamet’s screenplays. He wrote such incredible scripts as The Verdict, Wag the Dog and Ronin, and in the hands of talented directors such as Sidney Lumet, Barry Levinson and John Frankenheimer, the screen crackles with original characters and taut, terse dialogue. But when Mamet was at the helm, or adapted his stage plays for another director, more often than not, the stereotypical “Mamet style” gives way.

Glengarry Glen Ross is a perfect example of a director (James Foley) who does not fall under the weight of Mamet’s prose and is able to carve an exit strategy out of the morass, using the dialogue’s unnatural style when necessary to make its point, but still able to jettison the baggage that so many others have fallen prey to.

The film version of American Buffalo, directed by Michael Corrente, falls to the other side of the spectrum. Based on Mamet’s 1975 Broadway smash, it’s weighted so heavily under the the source material’s gravitas that there is no choice but to give in to the style or drown under it.

This 20 year anniversary edition of the 1996 adaptation attempts to set the film in modern (then) day Providence, RI, physicalizing the decay of the characters by setting a junk shop (the set for the play, and by and large, one of only three locations for the film) on a blighted strip of street, appointed with vacant storefronts and barely surviving businesses, save for the diner across the street, always open but offering no signs of life.

The action (or lack thereof) follows Don (an understated Dennis Franz) in his junk shop as he frets over a sold Buffalo Nickel that he assumes he gave away for less than it was worth. He sets a young con man in training Bob (Sean Nelson) to follow the buyer until he leaves his home so Don can – not really sure – “break in” to his house and retrieve the coin. But the Iago to Don’s Othello is Teach, a scummy low-life who considers himself a criminal mastermind. Teach’s character is the show-stopper of the piece, and was a tour de force on stage for Al Pacino. You can feel the character’s intensity and the potential for a hire-wire performance of possibility. Here, though, we get Dustin Hoffman, perhaps channeling a leaner, meaner and older version of Midnight Cowboy’s Ratzo Rizzo, all greasy hair and unkempt clothing. Of course, Hoffman and Pacino are acting peers, and Hoffman does his best to make the part his own, but you can see the shadow of the man who created the role looming large over everything on screen.

The characters duck and dodge, nip and bark at one another, and in the end we are left to wonder if this day (the characters keep lamenting, “What a fucking day,”) is maybe no different than any other on the broken down street in the run down shop. And while the story held fascination for theatre goers in the turbulent mid-seventies, it all feels like a retread in 2016, as it may or may not have felt when the film was released in 1996.

The Blu-ray from Twilight Time is about to disappear for good, and at a greatly reduced price, so if you are a Mamet completest, or at all curious about the director’s early work, it’s definitely worth grabbing up American Buffalo. If, however, you’ve had your fill of the staccato delivery, repetition, or the “cunts, assholes, and motherfuckers,” you may as well let this package disappear like the mammal and coin the title refers to .