The Pictorial Palette is a creative exercise that selects a still from a classic film and explores its color patterns. It is our hope that these little swaths of color will provide a needed burst of energy– perhaps even inspire a smidgen of creativity–to infuse and rejuvenate the weekly drudge.

Babette Goes to War (Babette s’en va-t-en Guerre) is a 1959 light comedy starring French film star and sex goddess Brigitte Bardot. A curious little film, French director Christien-Jaque takes a lighter look at the German Occupation of France with sex-kitten Bardot as a WWII version of Mata Hari. Except … minus the street smarts.

Babette Goes to War is not in print in here in the US (if it is, please someone out there correct me), and that’s probably for the best because the theatrical US release in 1959 was dubbed … and dubbed pretty darn badly. A fact that most likely accounts for the reason that the film was a flop state-side, but a big hit in France. Let’s be honest: no one wants to hear Bardot dubbed by an American. We want that sexy French accent in all its glory.

But the film itself is an overlooked piece of light, airy fun, and if by chance you come across a screening, please do give it a chance: Bardot simply sparkles in the role and more than makes up for the film’s shortcomings. In fact, it’s this writer’s opinion that comedy was actually her best skill. (Come at me!)

I love this sultry, pouty still of Bardot as Babette– and the colors make for a fittingly broody palette. 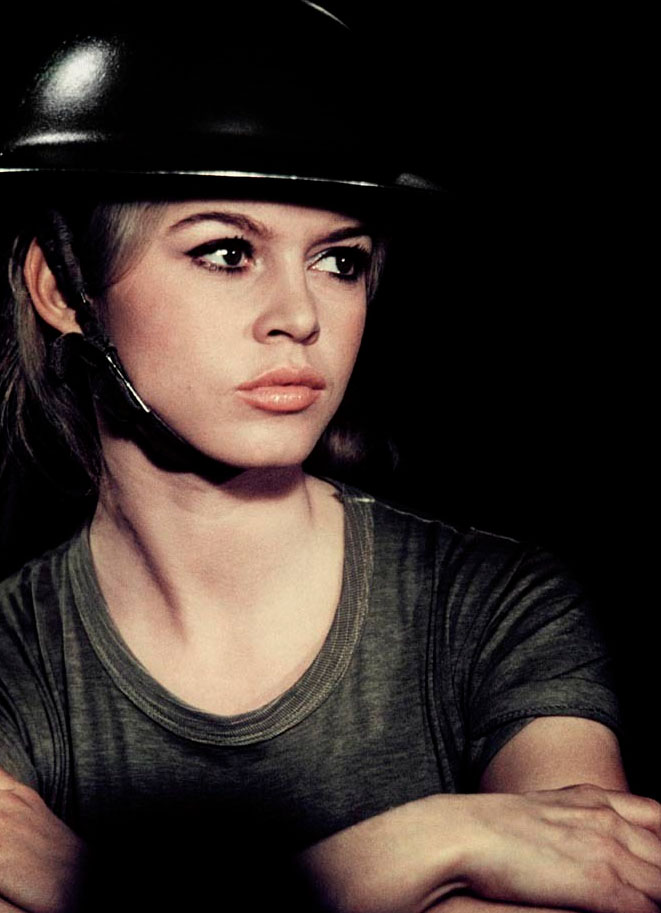 Back in Black: François Truffaut’s The Bride Wore Black

This black angel wearing white floats on air, but nevertheless has purpose in her steps and revenge in her heart. Its skeletal structure, its pitch idea, is not unlike Quentin Tarantino’s Kill Bill, and, come […]