He falls feet-first into the chasm and rises amongst columns of gold. Gold dust dances in the air like sieved flour. The antediluvian towers shimmer in the dark like galaxies. He strikes his pick-axe against a wall once, twice, and once more, birthing a sputtering trickle of yellow. He strikes again and elsewhere an aging fortune-teller screams in agony. He strikes again and the opening strains of Wagner’s “Das Rheingold” swell into infinity. He strikes a last time and the trickle becomes a wave, throwing him back to the surface of the chasm as it fills with liquid gold. After years of searching, Jack McCann has found his fortune. He screams to the heavens how he never made a nickel off another man’s sweat. And now, he’ll never have to make another nickel off his own.

But decades later he languishes in an ostentatious mansion named “Eureka” in the heart of the Bahamas. His wife Helen is a shameless souse. His daughter Tracy is a spoiled brat married to a despicable piece of bronze-coiffed Eurotrash named Claude. In a harbor, American businessmen suck giant cigars and dream of turning Jack’s island into a casino. And all around him a strange magic lingers. His wife sees it in Tarot cards. His daughter sees it in the sacred communion of flesh against flesh. His son-in-law sees it in the bizarre Kabbalist symbols on his dining shirts. The locals see it in their Vodun rituals and orgies. But Jack is blind to it all, obsessed with only his fortune, his family, and that one sacred moment of triumph all those years ago when he finally proved the world wrong. 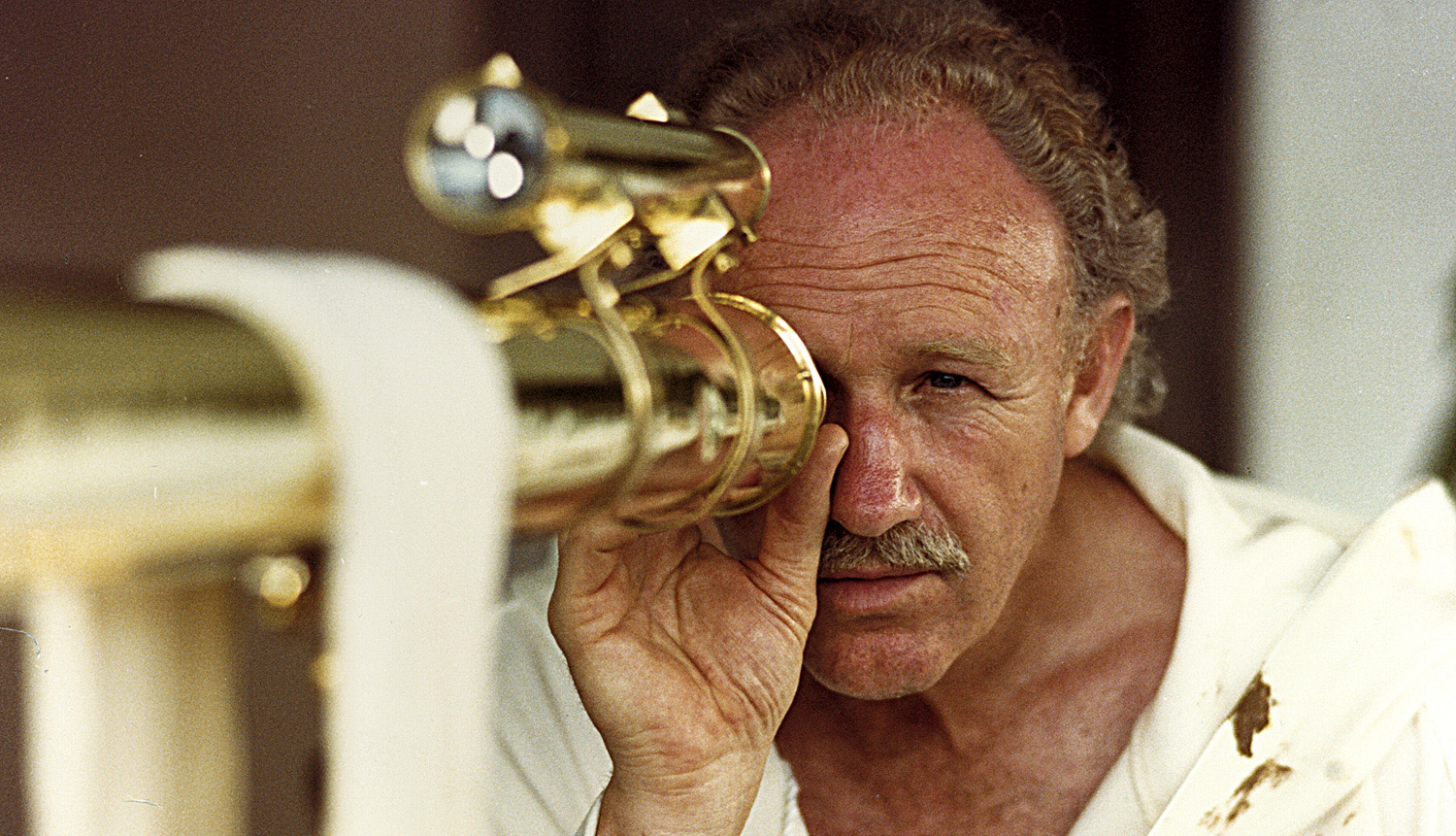 Widely and justifiably compared to Citizen Kane (1941), Nicolas Roeg’s Eureka (1983) —now available on Blu-ray from Twilight Time—examines the dangers of success, the paranoia of riches, and the self-imposed isolation of self-made men. Eureka came near the tail-end of Roeg’s stunning, nearly unparalleled run of classics reaching from Performance (1970) to Insignificance (1985). As such, it features many of the enigmatic techniques that made Roeg’s cinema so unique. Abrupt montage editing between the action and insert shots of nature give emotionally charged sequences an esoteric majesty. Drawing upon his experience as a cinematographer, Roeg fills his frames with bizarre, surrealistic imagery such as a fire mysteriously starting beneath a blizzard-blasted tree as hungry wolves surround a hypothermic Jack. Jarring spasms of graphic violence and sexuality periodically interrupt the narrative. The violence in particular stuns; it juxtaposes itself against the highly allegorical, quasi-mythological story of Jack’s rise and fall. The film bookends itself with two violent deaths. Near the beginning, Jack witnesses a failed prospector blow his brains out in intimate detail outside a rural claims office. Near the end, a man gets bludgeoned to death in his bed before—in a scene that would make Lucio Fulci nauseated—being systematically burned to a charred husk with a blowtorch. 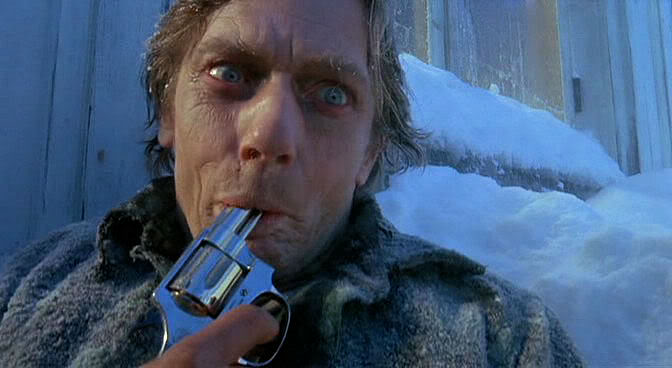 Yet for all its beauty, for all its moments of brilliance that rival anything Roeg ever did, Eureka fails. The film stumbles under one of the weakest scripts he ever dealt with. The last half hour devotes itself to a ponderous murder trial replete with schmaltzy, melodramatic story beats completely at odds with the rest of the film. Its eventual denouement is so confusing it leaves you sitting there wondering what in the hell just happened. The occasional scenes featuring the evil American businessmen who want to steal Jack’s island look visually ripped from any number of 80s narco-thrillers instead of a film set in the mid 40s. The characters are frequently forced to mouth their way through epigrammatic nonsenses aping faux profundity. It’s almost physically painful to see the wonderful Theresa Russell deliver lines like “I don’t want your gold, I want flesh” and “You are guilty of innocence” as the selfish Tracy. Gene Hackman gets off easier as Jack, mostly because the film doesn’t bother to give him too many lines after the first act.

The film is at its best when Roeg is allowed to create a symphony of images, to create a floating world ruled by fears and anxieties and doubts and destiny. But those instances are too few and far between. Eureka is a film that tricks itself into believing it has a plot before sacrificing its identity to it.