H.G. Wells is one of the most revered classic authors, and sits on the Mt. Rushmore of sci fi beside Jules Verne, Isaac Asimov and Ray Bradbury (some would put either Frank Herbert or Arthur C. Clarke ahead of Bradbury, but this is my review, so I call the shots!). Really, I could easily write this entire article about how awesome H.G. wells was, but I’ll spare you that indulgence.

Wells wrote many classic works, some of which have been adapted into films to varying degrees of success  (The Island of Dr. Moreau, The War of the Worlds, and The Time Machine, to name a few). Is director Nathan Juran’s take on The First Men in the Moon one of the better H.G. Wells adaptations? Not necessarily so. But I think it has its charms and it’s pretty easy to see how it influenced the sci fi genre as a whole.

This 1964 entry was made right smack-dab in the middle of the USA/USSR space race and Cold War.   The Vietnam war was picking up steam. Kennedy had been assassinated a year earlier. Definitely a period of tumult and change.

Cinema was going through a renaissance as well, finding its way out of the studio system. However, by the early 60s, with movies struggling to compete with that B&W box in virtually every home, big, bombastic musicals, widescreen auctioneers and family films were the order of the day.  For instance, Mary Poppins came out in 1964, as did My Fair Lady. The Sound of Music would come out a year later, all three among the biggest box-office leaders of the decade. It was the right time for The First Men in the Moon.

The film starts off with a ship landing on earth. Two U.N. astronauts on a lunar mission casually exit the cockpit and talk to their crew deeper inside the vessel, which sports a set more akin to a modern (i.e.; today) tech-club.  But once the astronauts deboard the ship, they find out that (record scratch!)  they aren’t the first men on the moon. They discover a British flag and evidence asserting that a motley, dandy 19th century trio has beat them to it! This is all conveniently explained by an aged Arnold Bedford (Edward Judd, a British Sci-fi vet with such big titles to his credit as The Day the Earth Caught Fire and Island of Terror). According to Bedford, back in 1899, eccentric scientist Joseph Cavor (Lionel Jeffries) and his prim and proper fiancee Kate Callender (Martha Hyer) took an impromptu trip to the moon after a botched attempt at making a pesky batch of “cavorite” (a Wells created anti-gravity “substance.”) They accidentally launch in a Jerry-rigged space vessel that resembles a steam-punk billiard room. Once they hit the lunar surface, they encounter an alien civilization that looks a heck of a lot like a colony of ants, complete with queen, soldiers, and busy little workers. How they got back home and the results of their journey make up the final act. (So it’s a movie about the moon that doesn’t actually spend much time on the moon. )

The real reason to check out The First Men in the Moon is Ray Harryhausen, the visual effects maestro who advanced stop motion animation, (here called “Dynamation”) always used to an impressive result. He was a true pioneer and this film (his tenth) had him at his best.

Even though the first half of the movie has a serious drag issue, once the trio actually gets to the moon, it becomes a fun little romp. The acting is good. Judd, Jeffries and Hyer play off each other well in their respective roles. Jeffries’s eccentric scientist Joseph Cavor can be seen as an early precursor of Back to the Future’s Doc. Brown. Lionel Jeffries should really be a household name, in my humble opinion. Wait, you’ve never heard of Lionel Jeffries? You’ll most likely recognize his voice from the late 70s BBC children’s series Wombling Free, as the voice of Womble. Oh, wait, you don’t know that one? How about the mid-sixties British comedy  The Spy with a Cold Nose? No? Okay, I give up.

If you can get past the rather slow first half of this film, it gets pretty fun. It’s a romance disguised as a piece of science fiction, reminding us that audiences tend to not care about the plot or MacGuffins, but instead, the relationships. 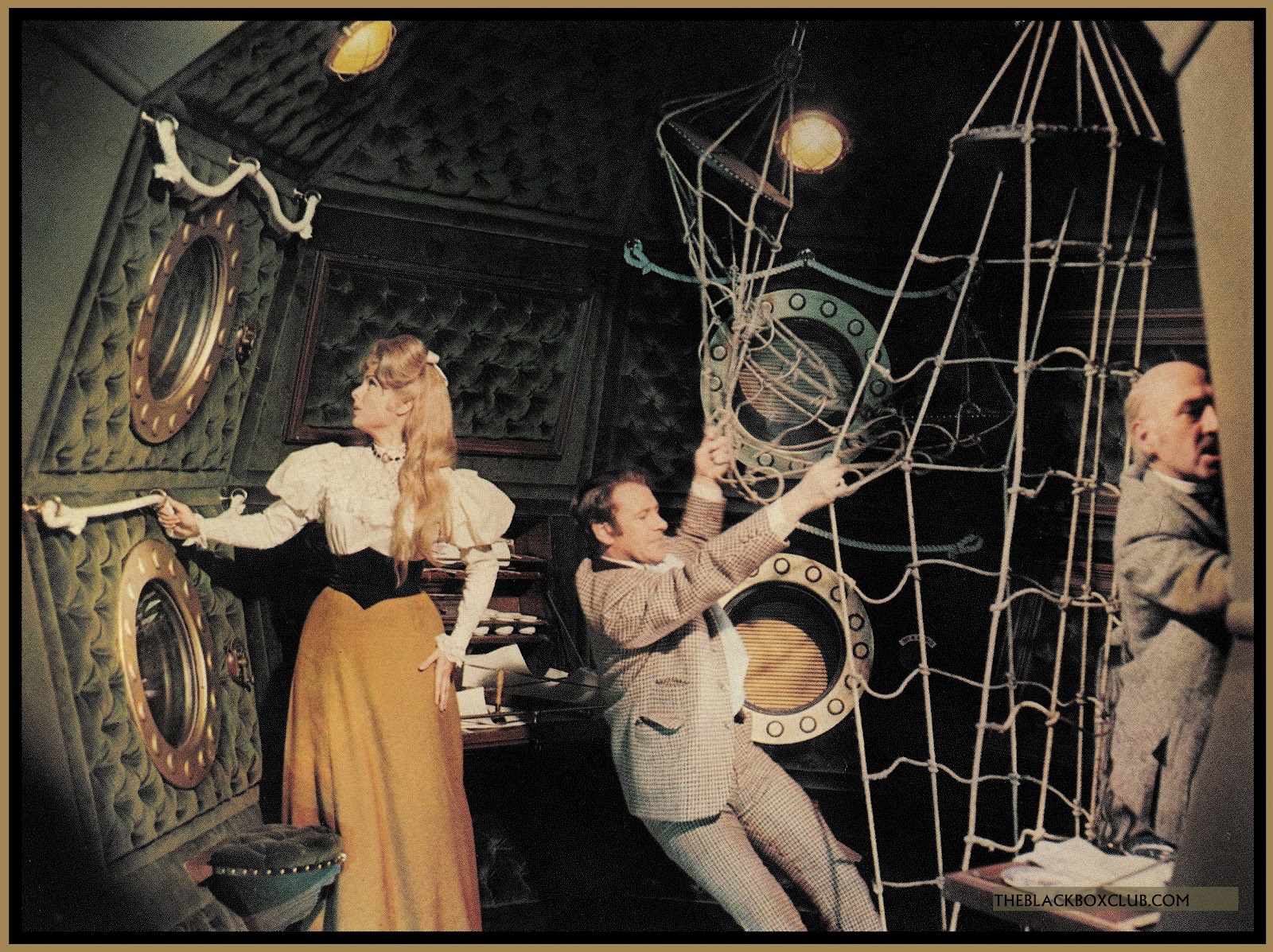 It’s a tiny little gem, coming off the heels of Journey to the Center of the Earth, and worth watching for Harryhausen’s special effects and for Lionel Jeffries charming performance.

The First Men in the Moon is available through Screen Archives as a Limited Edition Blu-ray.