“You know men. They start out Angels, and they end up brutes.”

This, essentially, is the thesis of Angel, the 1982 directorial debut of Neil Jordan, the Irish auteur that went on to write and direct The Crying Game, Michael Collins, and most recently helmed the Showtime series The Borgias.

Angel (or Danny Boy, as it was called in the original US release) is a stark portrait of a young musician as he slowly succumbs to the violence that pervades life in early ‘80s Northern Ireland. A terse, heavily symbolic anti-action movie, Angel is crafted with heavy layers of meaning that pervade every silent shot and spare scrap of dialogue as we watch a young man willingly give his innocence up to the darkness of the world he was born into.

The film opens with saxophone music over a long, static shot of a young girl (Veronica Quilligan) leaning up against a beat up old ballroom called, portentously, “Dreamland”. Dreamland is depicted as a gauzy (if threadbare) idyll, showing off the potential beauty that life has to offer before the coming storm of violence – and a nostalgic counterpoint to it after the storm has broken. In a battered touring van parked out front we find the source of that music, the cool-in-his-nonchalance Danny (Stephen Rea). Called “The Stan Getz of South Armagh” (by his manager at least), Danny is the most talented member of a middling bar band waiting for their break. Rea inhabits early 80’s punk and new wave cool with his pleasant but disaffected attitude, big curly hair and tight trousers – and he actually does a competent job appearing to be a professional sax man. 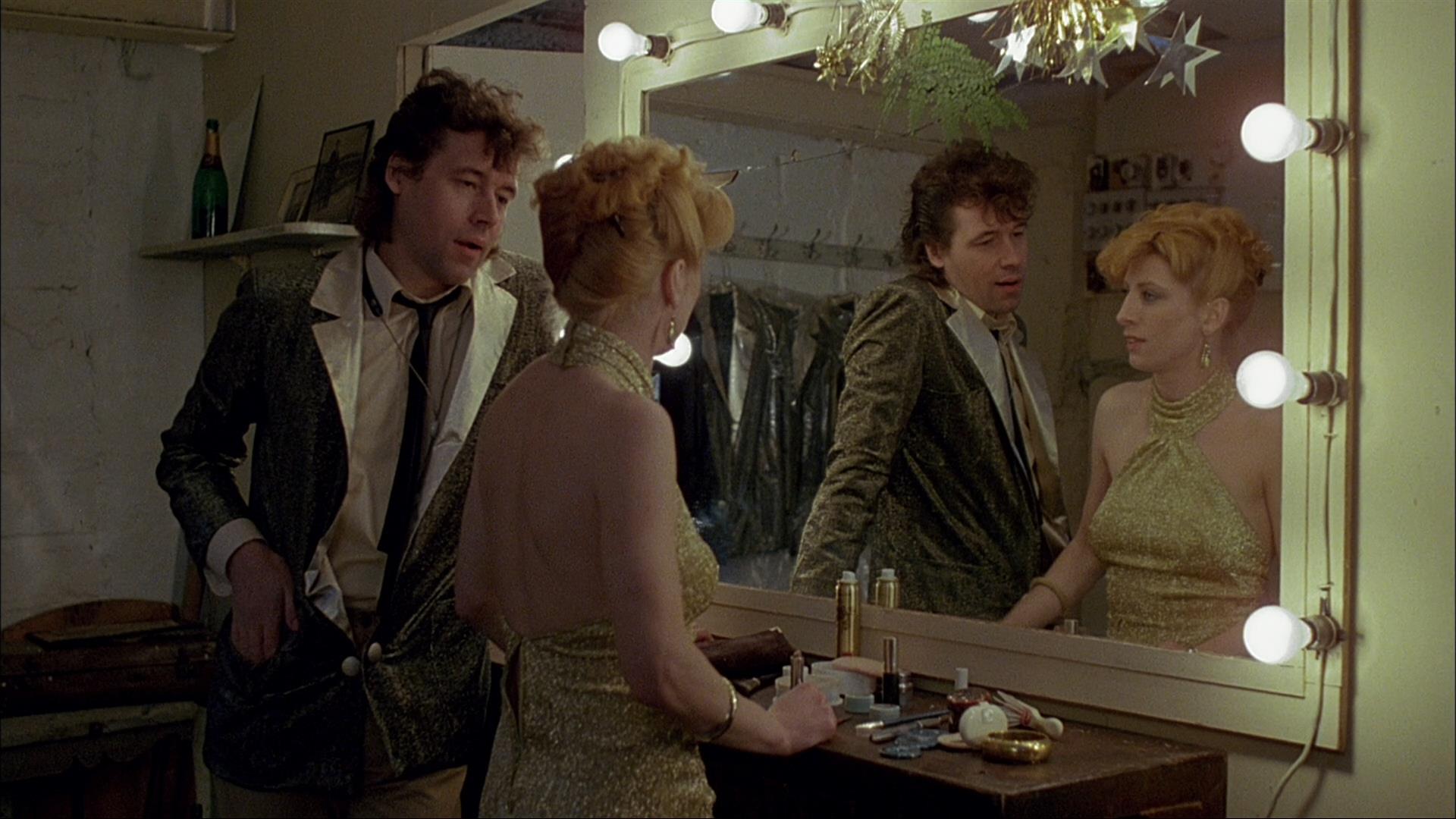 The relationship between Jordan and Rea is clearly symbiotic; the two men have now worked on ten films together, including Angel, the first of their now 34-year collaboration. Mutual appreciation of auteur and subject is clearly evident in the product as Jordan leaves the camera on Rea for long, lingering shots, allowing the actor all the space he wants in between his flashes of pointed dialogue, and Rea delivers in a tortured, humanized portrayal of an artist collapsing under the weight of circumstances he was not prepared for.

Rea imbues Danny with a naive charm that carries him almost sweetly, if a little awkwardly, through some lightly scandalous behavior, and Danny is cast in these early scenes as oblivious to the damage he can cause as he casually follows the life of a touring musician. For all the political significance that this film takes on later, it is able to still capture the small realities of life as a working artist, like surly gig staff, ever changing line-ups, and the self-doubt that can grip a performer.

The movie isn’t perfect – it can rely too much on coincidence, it can be abrupt and jerky at times, with occasional bouts of wooden dialogue that smack of trying to cram too many ideas into too little space. This can make all the symbolism and portent feel heavy-handed in moments, but it never becomes schmaltzy or overwrought, and if nothing else, you have to appreciate both the poetic and the political ambitions of the film. 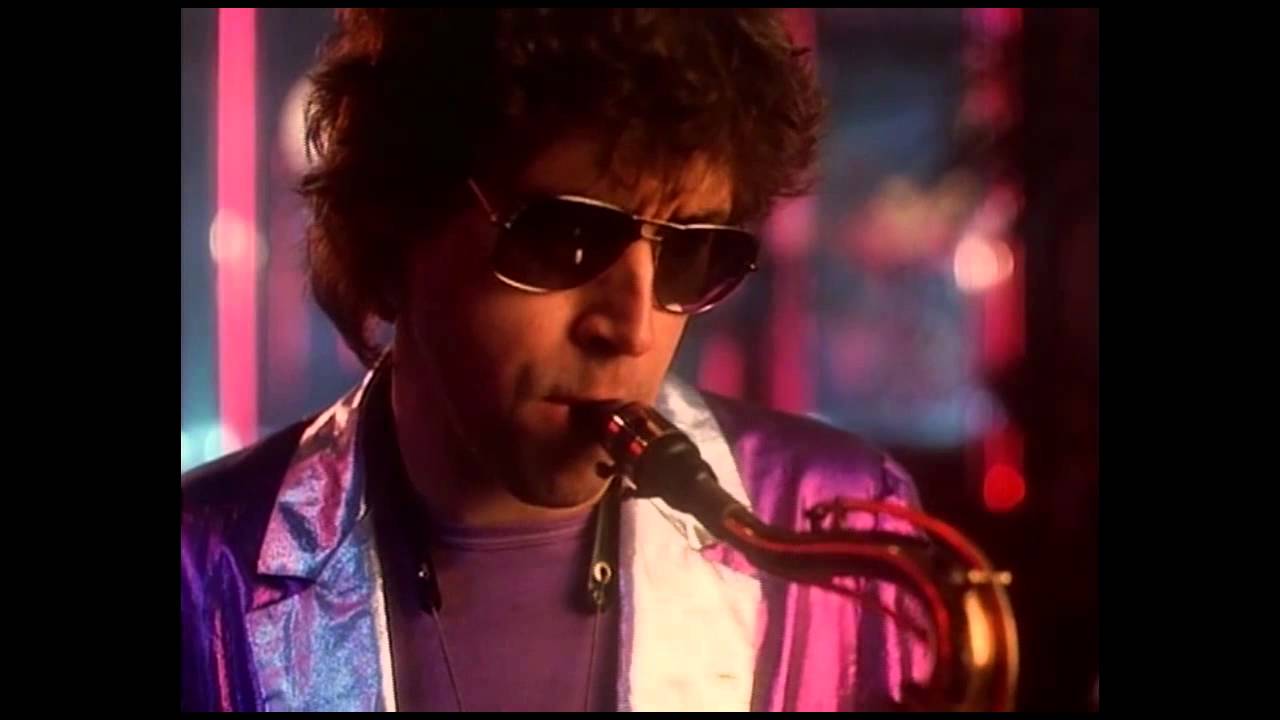 Perhaps the greatest achievement of Angel is its negotiation of those political realities and its willingness to confront them head-on without creating a partisan artifact. There are occasional mentions of “prods” and smatterings of IRA graffiti along the burnt-out walls of the city, but the film is less concerned with factional dogmas and more about the impact that all the accumulated violence has on people. The way it seeps into every facet of life – music, dancing, sex, marriage, and, of course, religion – soiling, somehow, everything it touches. It’s notable that Angel was the first film produced with funds from the Irish Film Board, which was founded in the early 80s to help promote work by native Irish filmmakers. Angel is a bold choice for a public entity’s first project – it’s dark, vicious, complicated, and tackles the most divisive issue facing their constituency – but that boldness is rewarded in a film that is able to de-politicize the act of killing and show it as senseless, regardless of affiliation.

And so, Angel is less of an action movie and more of an anti-action film. The fights are brief and unglamorous and the deaths lack any glory. It happens fast, there’s no soundtrack to the killing, and no one utters any witty one-liners after taking another person’s life. There’s nothing to like in the action of the film, and that’s the idea. “We’ve all lost something,” as Danny’s Aunt Mae (Marie Keane) puts it.

For all of this gritty realism, Angel does have it’s occasionally bouts of surreality – a gig in a mental hospital, crashing a hotel dance contest, an uncanny child faith healer wearing a flashy suit not that dissimilar to Danny’s – but in Angel’s simmering build those moments don’t feel like departures. Jordan is deftly able to work these lyric flashes into the fabric of the film so seamlessly that a man in a glittery pink leisure suit, holding an Uzi and standing alone by a bonfire on the beach is not merely reasonable, but even a thing of strange, appreciable beauty. 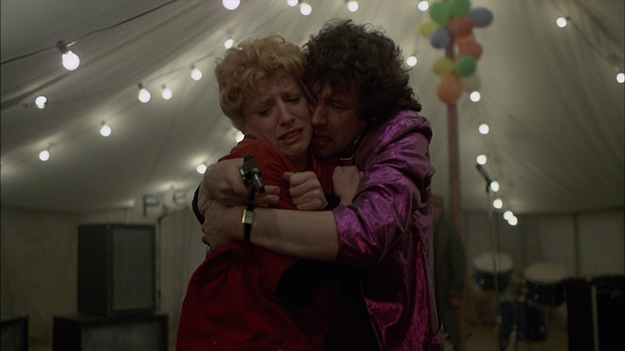 Angel is a showcase of everything that Jordan – and Rea in turn – would become known for: potent, pointed dialogue; deep significance imbued in every frame and gesture; and the negotiations between real and surreal, innocence and wisdom, Angel and brute.

“Is it easier to play?” Danny is asked near the end of the film, in reference to the gun he now holds instead of the sax he used to carry.

“Yes.” he replies, matter of factly.