A few years ago I attended a very special screening at Atlanta’s Fox Theatre: 1920’s The Mark of Zorro starring the original King of Hollywood, Douglas Fairbanks. Up until that point, I had never seen a Douglas Fairbanks film. Something I’m not too terribly proud of, for sure.

The Fox Theatre is truly a gem. For most of the year the theatre features off-broadway musicals and plays, concerts, and ballet performances. In the summer The Fabulous Fox holds a movie festival featuring a mix of classics and modern films. The architecture and décor enrich the moving-going experience. Often described as Arabic, Moorish, and Egyptian, the design is opulent.

The main feature of the theatre is of course the auditorium. The ceiling is painted twilight blue with moving clouds and lighted crystals that twinkle like emerging stars. Sitting near the stage and looking up, one can almost imagine being in a majestic courtyard in some far away land. The Fox also boasts the second largest theatre organ in the country. The “Mighty Mo” is used for pre-show sing-a-longs and silent film accompaniment. The organ also controls a full size baby grand piano!

The screening I attended was sponsored by Turner Classic Movies, with their host Ben Mankiewicz in attendance to introduce the film. In his introduction, Mankiewicz discussed Fairbanks’s influence on the action/adventure genre, saying “Fairbanks was Errol Flynn before Errol Flynn was Errol Flynn.” The accompanist for the evening was renowned theatre organist Clark Wilson. He travels across the United States playing his original scores for silent films (more info about Wilson in this article).

Honestly, The Mark of Zorro should be called The Mark of Fairbanks because in every scene Fairbanks leaves a distinct mark; he triumphs over the rest of the cast in commanding fashion. Fairbanks plays Don Diego Vega, a wealthy fop who is more interested in performing magic tricks than wooing women. He is socially awkward; his hands in his pockets, shuffling around with his head down. If Don Diego were in modern time, he’d be that guy who lives in his parents’ basement. In the opening scene, Don Diego is sitting in a bar drinking with a group of rowdy men, including the villain of our story, Sgt. Pedro Gonzales (played by Noah Beery, older brother to Wallace Beery). Led by Gonzales, the men are all discussing the pesky Zorro, champion of the poor and oppressed. Gonzales, right hand man to the governor and his dictatorship, details how he will capture and kill the masked bandit. After an elaborate display by the sergeant, Don Diego stands up and politely makes his exit. In this moment, Sgt. Gonzales has no earthly idea that he will soon receive that famous mark… 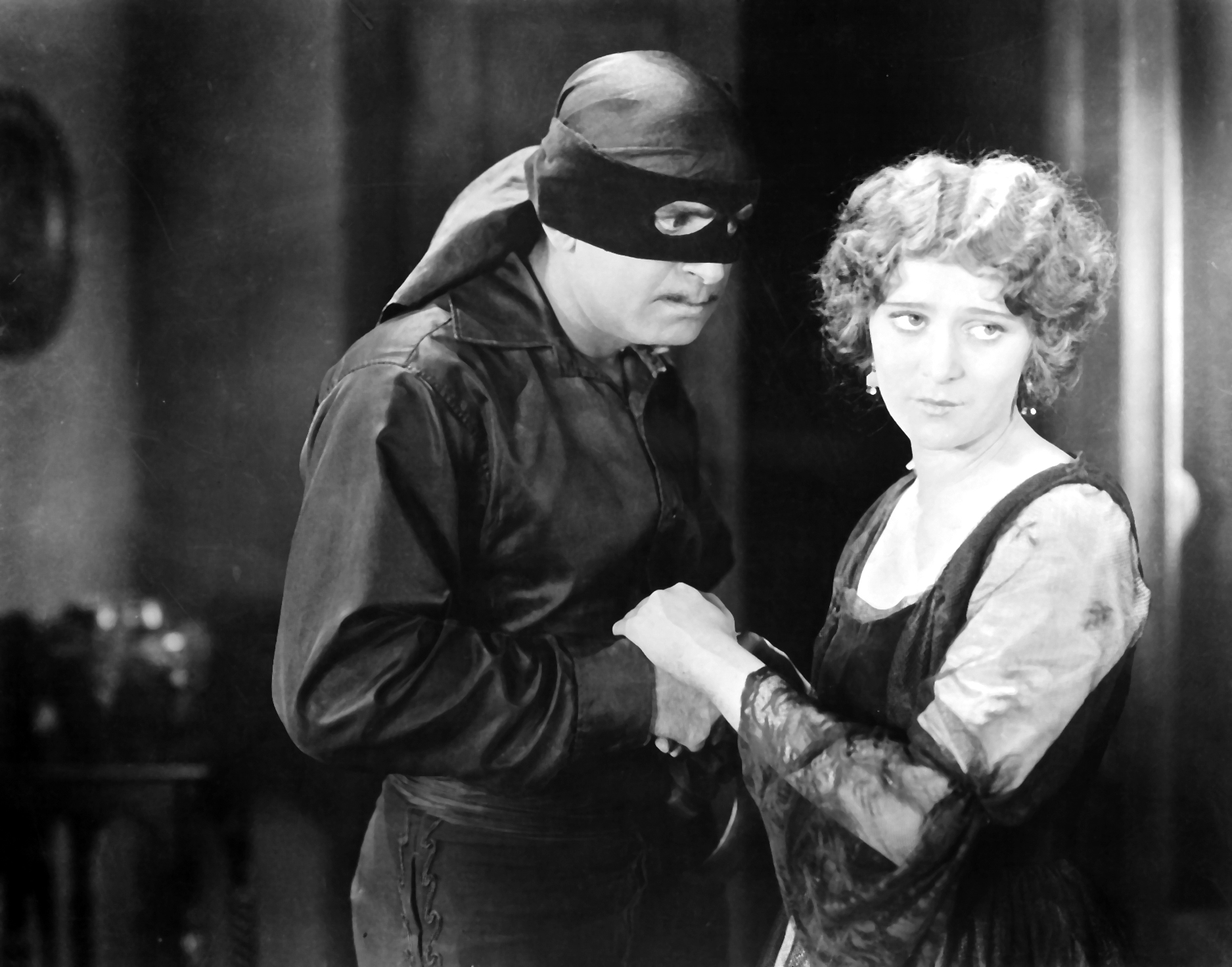 Fairbanks’s first entrance as Zorro is one of the greatest in cinema. With smoke and a wicked little smile, the audience knows the bad guys will get what is coming to them. The audience also knows it’s going to be a hell of a lot of fun. Fairbanks’s Zorro is lean, light, and quick; with a blink he’s gone as quickly as he arrived. In between swordplay and ducking flying objects, Zorro easily slinks past his opposition. He lights a cigarette, grabs a drink (he’s thirsty!), and sits back to watch the bad guys fight each other. I imagine Zorro’s motto might be “Fighting evil one prank at a time.”

Being a master swordsman, Zorro is also quite the lover. No awkwardness or magic tricks here. Zorro always knows the right things to say or do, especially when he’s with the lovely Lolita Pulido (played by Marguerite De La Motte). Currently being “courted” by Don Diego, Pulido is quickly swept off her feet by her beau’s alter ego, the dashing and mischievous Zorro.

After watching The Mark of Zorro, I now understand why Douglas Fairbanks is still loved and highly revered, even 76 years after his death. His wit, athleticism, and timing is complete perfection. His athletic style made an impression on many actors, especially on a young boy from Bristol, England named Archie Leach. In 1920, Leach was on his way to America to tour with the Pender acrobatic troupe. During the voyage, the young Leach met Fairbanks and new bride Mary Pickford, who were on their way home from a European honeymoon. The newlyweds were nice enough to spend time with the young acrobat, who confessed that he idolized Fairbanks. Archie Leach later became known as Cary Grant, one of the greatest actors of all time. For years Grant and Fairbanks kept in touch; Grant credited Fairbanks as being a highly influential part of his career. Fairbanks’s efforts changed the action/adventure genre, and while many copy cats were to follow, no one ever fully captured his infectious spirit. Fairbanks is the original Errol Flynn…or Tyrone Power…or Stewart Granger. And in my generation, he’s the original Harrison Ford. Douglas Fairbanks as Han Solo? Hmm… 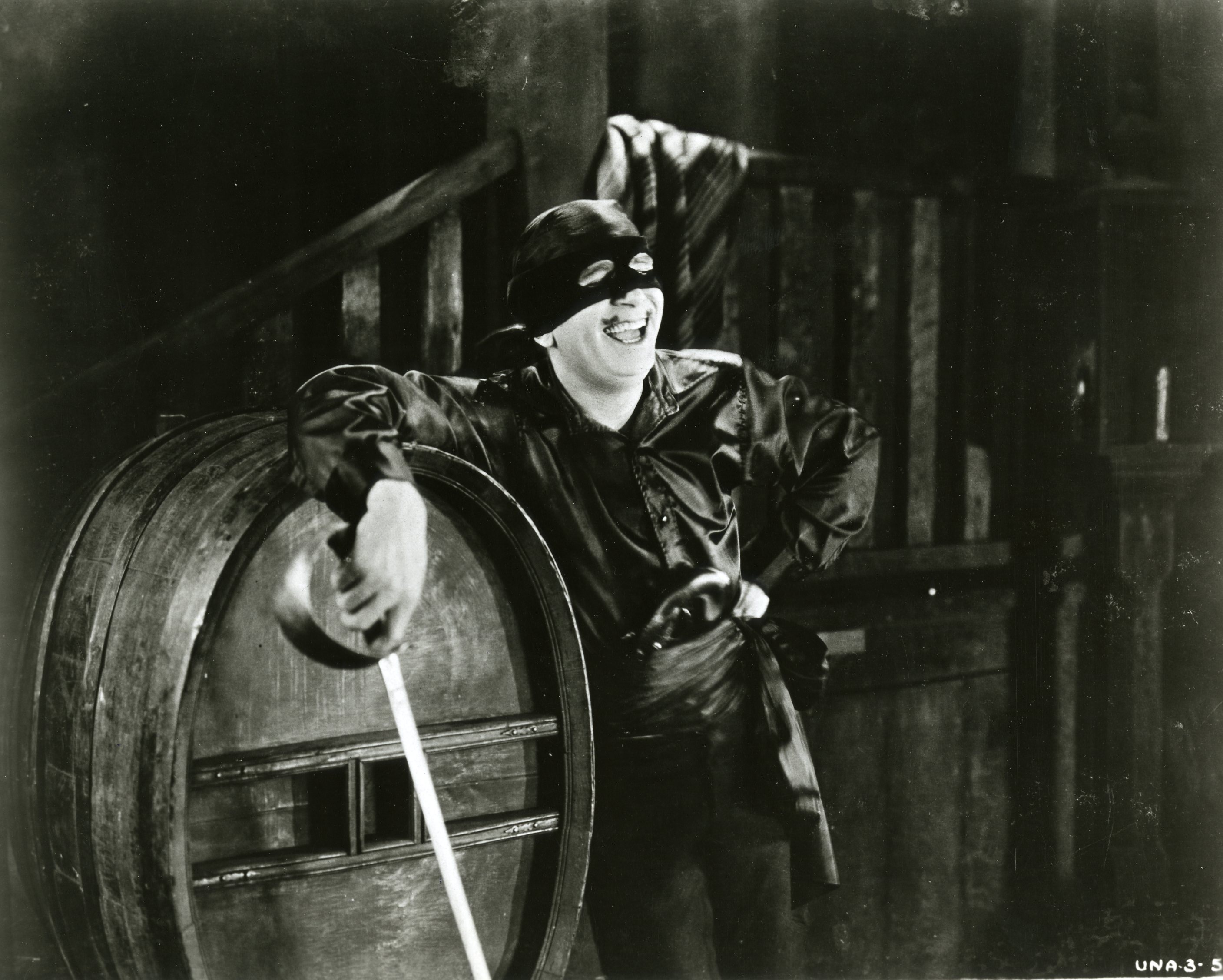 Enough people have written extensively on Buster Keaton’s 1924 masterpiece Sherlock Jr., not to mention Andrew Horton’s book on the film, and certainly there have been a plethora of those who have written on the […]