Oh John Carpenter – what happened? In the 1980s, he was the King of Genre filmmakers; Escape From New York, Starman, They Live and The Thing fer chrissakes – and let’s not forget Halloween, which arguably started it all. By the 1990s, Carpenter had burned out so auspiciously, that even a film that would’ve been a walk in the park in his heyday, is all but a dumpster fire.

Recently released through Twilight Time on Blu-ray, John Carpenter’s Vampires (so prolific was he that his name above the title should mean something more) is not good enough to be good, and not bad enough to be good, it’s just plain…you know. Even a nostalgic viewer who rejoices in another one of Carpenter’s synth heavy soundtracks will shake their heads as a concept so choice, so well intentioned, falls flat. 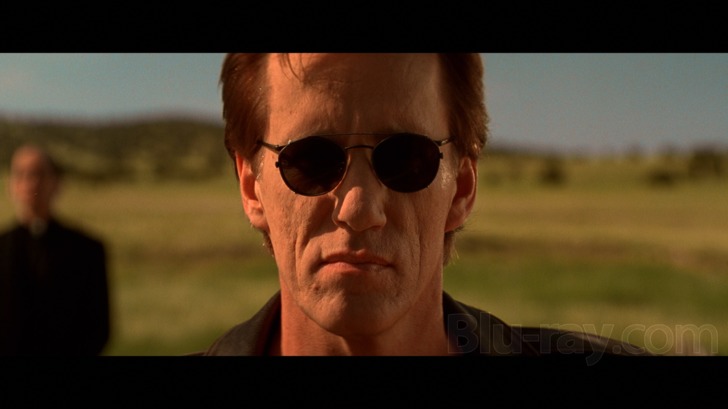 It seems James Woods’ scenery chewing, badly written Jack Crow is “supposed” to hearken back to Kurt Russell’s Snake Plisken from Carpenter’s Escape series, but where Russell had the ability to channel Clint Eastwood, Woods can only conjure up his own least appealing traits from the greasy pimp in Casino to his cocaine addled investment broker in The Boost. As the manic leader of a renegade gang of vampire hunters, financially backed by the Catholic Church, Woods and a sweating, heaving Daniel Baldwin (the sweatier, more heaving Baldwin brother), lead their well-armed but poorly experienced (huh?) bunch throughout the American Southwest as they root out different nests. You would think this squad, much like the crack team of Marines from Aliens, could keep their cool under pressure, but these guys act like screaming children as soon as they encounter their prey. And while this all sounds so sumptuous a good time, it reads much better than it plays. Plus, Woods’ cigar chomping, expletive laced quips play like a stale student script. 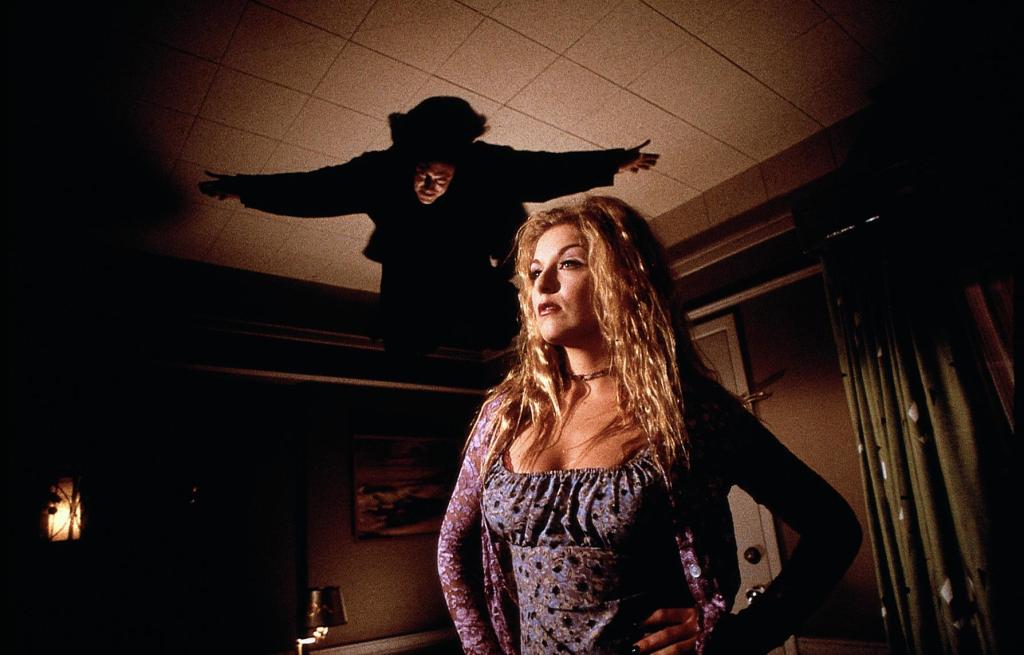 As they search for the “Master Vampire,” Woods cadre come across Twin Peak’s very own Laura Palmer (Sheryl Lee as a prostitute with a heart of gold) who is the only reason to even bother with this whole thing. Basically, she acts the living shit out of the movie, slowly and painfully “turning” into a thigh bitten vamp herself, with so much shaking, shuddering and screaming, I wanted to pitch in to her paycheck, no matter how much she got. Partnered up with an unsettlingly attractive priest, (Tim Guinee), he of the bulging forearms and pump-action shotgun, the team finally root out the Master who has spent much of the film doing what vampires do, tearing out throats and shot-putting victims the distance of football fields, but not before Maximillian Schell (huh?) can make a couple appearances as a Cardinal with dubious intentions.

Yes, it sounds fun, and yes, it has its share of wildly outrageous stunts (the vampires get dragged into the sun so they can burst into flames – but by the 8th time even this loses its novelty) but the whole affair could’ve used a tongue-in-cheek “pass” before unleashing it to the general public. Audiences agreed and it has since been relegated to the barren wastelands of late night cable.

Still and all, the transfer, as expected from Twilight Time, is crisp and impressive, and the extras, usually bereft from this distributor, include an EPK that is actually quite informative.

If you are a John Carpenter completest, you can file this weak entry beneath Ghosts of Mars, yet still above Memoirs of an Invisible Man, and wonder what the hell happened.

Walter Hill’s The Driver (1978) is the spiritual predecessor to Nicolas Winding Refn’s Drive (2011).  Both are minimalist neo-noir thrillers about unnamed anti-heroes who are solely defined by their professions as getaway drivers.  Both use their stripped down […]