Ettore Scola initially didn’t want Sophia Loren—that luscious siren of Italian cinema—as one of the two primarily leads in A Special Day. A poignant, devastating film about loneliness and love, the role called for an average, faded woman marred by years of bitter domesticity and the toils of birthing and raising six children in a tiny apartment. When Loren was first suggested for the role, Scola replied “I don’t need such a beautiful woman.” But his bosses had other plans.

Watching her in A Special Day, you no longer see the glamorous star who helped define Italian beauty. Tousle-haired and exhausted, she vanishes into the role of Antonietta, a beleaguered mother trapped in a menial existence. Watch how she struggles to pull socks onto the feet of a near catatonic young boy early in the morning; how she pours the dregs of leftover coffee into a filthy mug which she then drinks. Here is the woman behind the starlet—Sofia Villani Scicolone, survivor of World War Two who helped her family make ends meet by washing tables and dishes in a pub located in their living room.

Loren’s astonishing turn makes up only a part of the brilliant A Special Day. Set on May 8, 1938, the day Adolf Hitler made his historic trip to meet with Benito Mussolini in Rome, the film examines the unlikely friendship between Antonietta and Gabriele (Marcello Mastroianni), an aging bachelor. As two of the only people in their towering apartment complex who didn’t attend the fascist rally, they share a communion of hopes and fears. Bitter truths soon emerge. Antonietta, on the surface a proud and devout fascist, reveals her knowledge of her husband’s multitudinous affairs. Since he’s a high official in Mussolini’s government, one begins to wonder how much of her love of fascism is genuine or merely play-acting intended to recapture his affections. Gabriele eventually admits that he was recently fired from his job as radio announcer because of his homosexuality. Though initially repulsed, Antonietta still falls for him. When they have sex near the end, his mechanical lovemaking seems born not out of any inner lust—impossible for him due to his orientation—but from a desperate need to provide this poor woman with some measure of comfort. 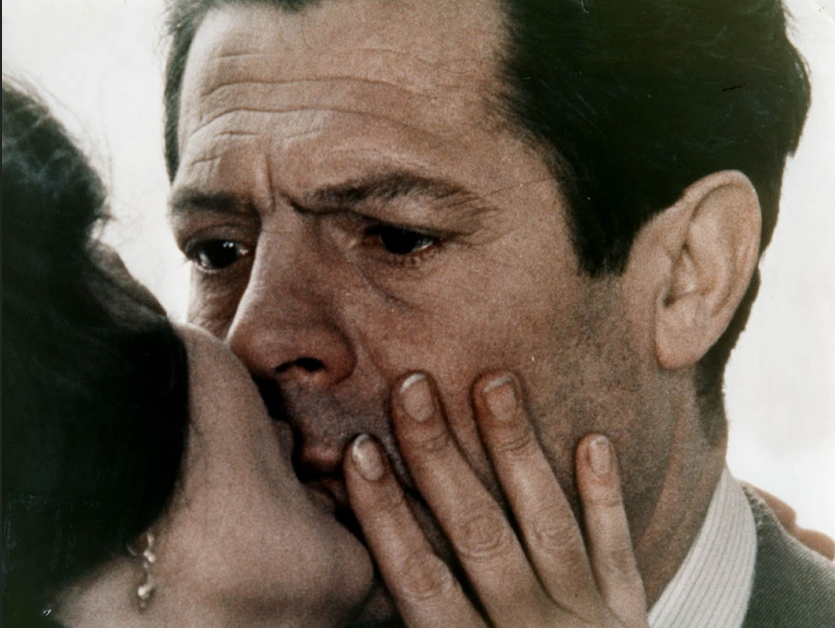 A love story between two people who can’t actually fall in love, A Special Day stuns with its simple power. Obsessed with the minutiae of everyday life, Scola juxtaposes the momentous import of the fascist meaning with lengthy segments of people going about their everyday lives: families waking up, getting dressed, eating breakfast; the mass of tenants flooding out of the central courtyard into the streets of Rome; Antoinetta trying to clean the ruins of her kitchen. Indeed, with the exception of an opening of newsreel footage, we never see Mussolini or Hitler; we never even leave the apartment complex. Pasqualino De Santis’ cinematography accentuates the film’s sense of blasement with remarkable washed out colors and hues that renders both the complex and its inhabitants as figments of an oppressive, joyless past. The new 4K digital transfer supervised by Scola on the Criterion Collection’s superb recent release of the film is nothing short of revelatory, particularly in how minuscule details—a red of a fascist flag, the yellow of a bird’s beak—shimmer forth from the uniformity of sepia.

Ettore Scola’s recent passing is nothing less than a tragedy for the cinema. Getting his start writing screenplays for directors like Dino Risi (Il sorpasso [1962]), Scola was initially hesitant to begin a career actually making his own films. But Scola took to it quickly, directing nearly 40 films in as many years. A master of the Commedia all’italiana, Scola time and again proved himself on the world stage with films like We All Loved Each Other So Much (1974) and Down and Dirty (1976). A Special Day remains a particularly potent demonstration of his tremendous talents.