The Long Start to the Journey begins with a quote, delivered in voiceover by Chris Gallaway, the film’s director. “I decided to walk the Appalachian Trail when I was beginning to love a girl named Sunshine.” A wonderful sentiment, and one that’s proven true as the movie, beautifully photographed by Gallaway on his first hike of the Appalachian Trail, unravels poetically, yet unsentimentally. What a relief it was to discover that Gallaway doesn’t try to make some sort of explicit metaphysical argument about his long walk in the woods from Georgia to Maine. It’s the journey itself that matters, and what an impressive journey.

Throughout the film, Gallaway’s focus is on people: the hikers, the historical figures, the preservationists and the “trail angels” who help the hikers along the way. Between the telling of these tales, Gallaway weaves his own story: the story of a man in love with the world and the woods and, above all, Sunshine.

If the entire movie had been a straight telling of Chris’ journey as he attempted his thru hike, I would have been fine with it. After all, I’m a fan of autobiographical documentary filmmakers like Ross McElwee and Alan Berliner. My literary tastes also tend toward the autobiographical. Henry Miller, the Beat writers, stuff like that. As it stands, though, the movie benefits greatly from the interview segments and the sections about the history of the trail. The Long Start to the Journey centers itself on Gallaway’s story and branches off into several side narratives. This connects Gallaway’s story to a much larger story, one that began in the 1920’s, when Benton MacKaye, a naturalist mourning his wife, had the idea to build an unbroken trail through the wilderness from Georgia to Maine.

Gallaway’s girlfriend Sunshine is an experienced hiker who’s made two solo thru hikes herself. The film doesn’t mention anything about Gallaway’s hiking experience before meeting Sunshine, but his other films, including the feature documentary The Green Race Movie, are about kayaking. Obviously I’m just guessing here, but it seems like he wouldn’t have even considered a thru hike had Gallaway never met her. 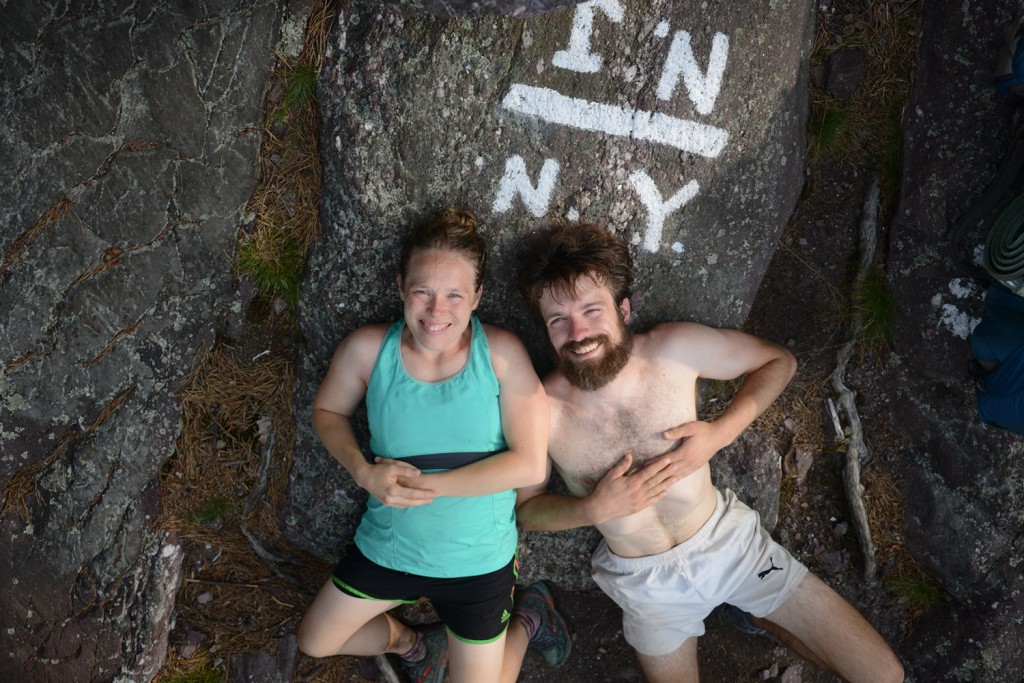 Lucky for the viewer, Sunshine is Gallaway’s first interview. She begins by explaining that she never felt beautiful before she went on the Appalachian Trail. Images in the popular culture had a heavy psychological affect on her. But the trail is a great equalizer in that everyone has a certain amount of wear and dirt on them within a few days or so. Sunshine calls it “grunge.” Of course, it’s obvious when we see her smile that she was always beautiful, and will continue to be. But it took setting out on a strange wilderness adventure before she could feel the same way about herself.

Sunshine’s story is a great starting point, a nice setup for all the other wonderful tales we get later on. Gallaway interviews and interacts with a lot of really cool people who have so many different reasons for walking the trail. Some walk in memory of someone else, like the man who walks for his brother, his oldest hiking partner. Others want to get away from so-called civilization for a while, like the inexperienced couple we see early on who have over-packed and have far too much weight on their backs. When Gallaway meets up with them later on up the trail, they’ve lightened their load quite a bit, having learned quickly to take only what’s essential. A particularly interesting interview involves a man who’s on the trail because he’s trying to slow his life down after retiring from corporate life. There’s only the smallest hint of regret in his voice as he relates to Gallaway what he’s learned from his time on the trail: that there is very little in life that one actually needs, not just to survive, but to be happy. Perhaps an obvious sentiment in theory, but one that maybe has to be felt somewhere in the core of one’s being if it’s really to be believed.

And Gallaway? Besides an overwhelming sense of adventure, he hikes for Sunshine. His mood improves significantly whenever she joins him for a few days along the trail. Eventually, he gets too far north of their home in Asheville for it to be practical for her to visit him anymore. Gallaway is faced with the grim prospect of walking for two months without her. We watch his mood grow melancholy as a very moving cover of Bill Withers’ “Ain’t no Sunshine” plays. Perhaps a bit of an obvious choice, but an affecting one nonetheless. 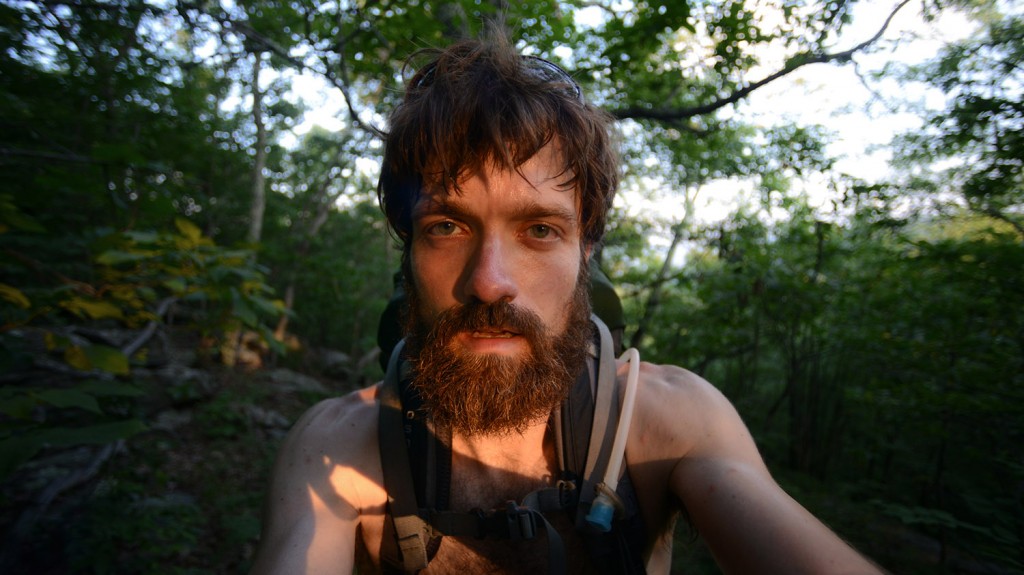 One of my favorite scenes in the movie was when Gallaway was joined by his older brother Ben and his mother on the trail near Damascus, Virginia. Part of the reason is that, though I’ve never met Gallaway, I’ve known his older brother since we were teenagers. But there’s more to it than simple personal attachment.

On the trail, Ben and his mother are joyful, full of life, almost ecstatic. Somehow, Ben and his mother seem almost the same age. Which is to say, ageless. Really, it was strange to see my old friend Ben, who I haven’t hung out with in over ten years, with such a wonderful youthful vitality and good humor about him. But it’s not just Ben and his mother who seem to be affected by the trail in this way. It’s often hard to pin down age ranges for the people who appear in this movie. Everyone seems sort of age neutral. A strange thing, this. Yes, it’s partly that they’re unwashed, dirty, that kind of thing. But there’s more to it than that. There’s a special kind of connection to the woods that shows on people’s faces.

About 15 minutes to the end of the movie, an overwhelming tragedy takes place that forces Gallaway off the trail. I knew it was coming because I remember when the incident actually happened. I remember those gloomy days, watching my Facebook feed as Ben updated friends and family. Still, knowing it was coming didn’t soften the impact at all. It might have, in fact, intensified it. Which is to say, I really don’t think I’ve spoiled anything. But be prepared. It’s emotionally wrenching.

The horrible incident that takes Gallaway off the trail is the catalyst for fifteen of the most beautiful and heartbreaking minutes of documentary filmmaking I’ve seen in quite some time. When Gallaway finally returns to the trail, it’s with a new sense of purpose. He’s walking not just for himself, not just for Sunshine (who joins him for the last 100 miles), but for someone who was very dear to his heart, someone whose sense of adventure once matched his own. 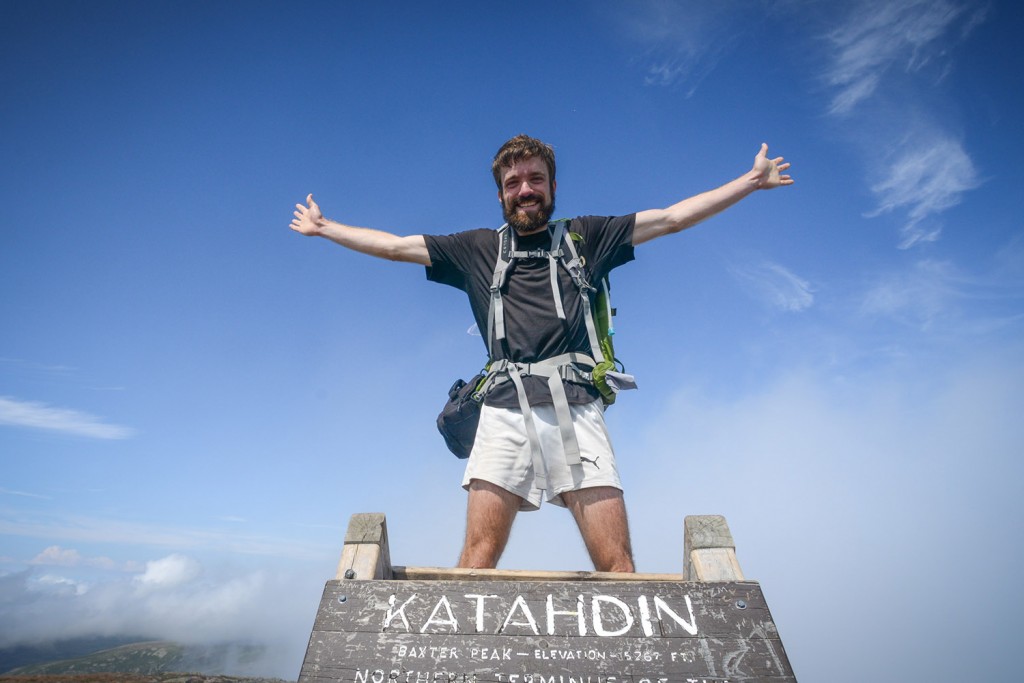 When Sunshine and Gallaway reach Mount Katahdin, the north end of the trail, the view from the mountain is breathtaking. Gallaway smiles deep with gratitude. And yet Gallaway, who is clearly a religious man, does not preach. The mountain, the trail, the love, all these things speak for themselves.

Not Just a Red Herring – The Political Subtext of Clue

“Ladies and gentlemen, you all have one thing in common: you’re all being blackmailed.” Everyone who loves the film has their own memories of how they first came to see it. They probably read the […]

There’s no doubt that James Wan’s latest horror film The Conjuring (2013) will scare the crap out of you.  The film was given an R rating by the MPAA – not for gore or swearing or nudity […]