Filip Mosz never intended to become a filmmaker. He only bought that damned 8mm movie camera to film his newborn daughter. Yet his enthusiasm bubbled over at the realization that he could capture time, moments, and memory on celluloid. Soon his camera and right hand became inseparable. But still, he was happy as a factory worker; satiated in his job and comfortable in his meager home-life. Then the local Party boss changed everything, drafting him into filming their town factory’s anniversary celebrations. Barely a year later, Filip will have made the transition into rabid director of documentaries, winner of local film festivals, and broken-hearted father estranged from wife and child. Truly, Krzysztof Kieślowski’s Camera Buff presents an odd dichotomy: artistic fulfillment and personal misery against working-class banality and personal contentment. But if anyone could understand the nuances of such a subject, it would be Kieślowski. For he too never intended to become a filmmaker. 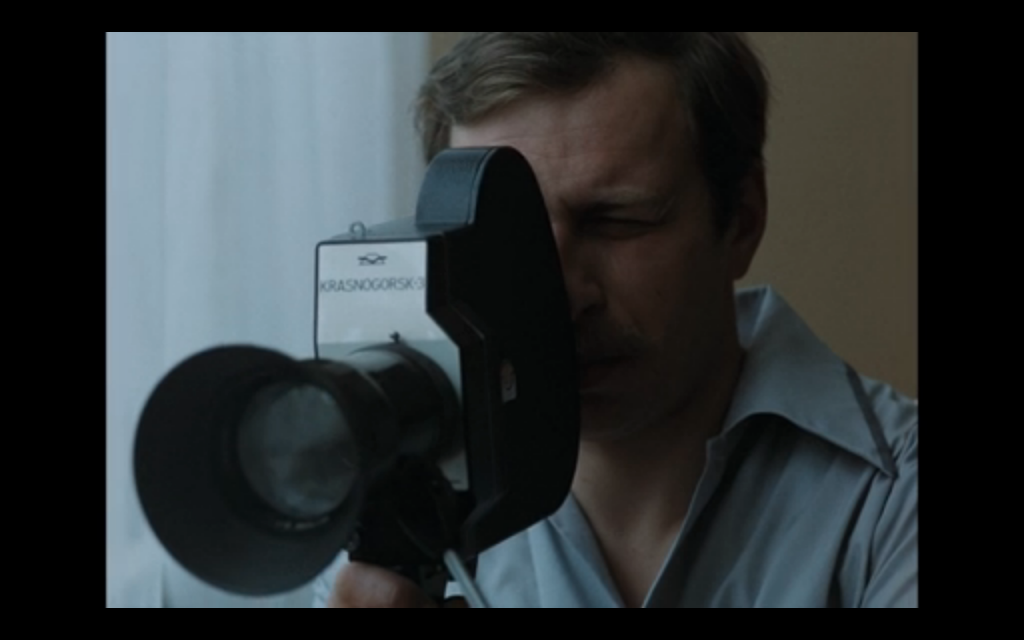 Originally wanting to be a theatrical director, Kieślowski only enrolled in film school because one of the requirements for the College for Theatre Technicians in Warsaw was the completion of studies in another program. Despite failing his first two applications, he was finally accepted into the liberally-minded Lódz Film School where exposure to the greatness of world cinema captivated him. 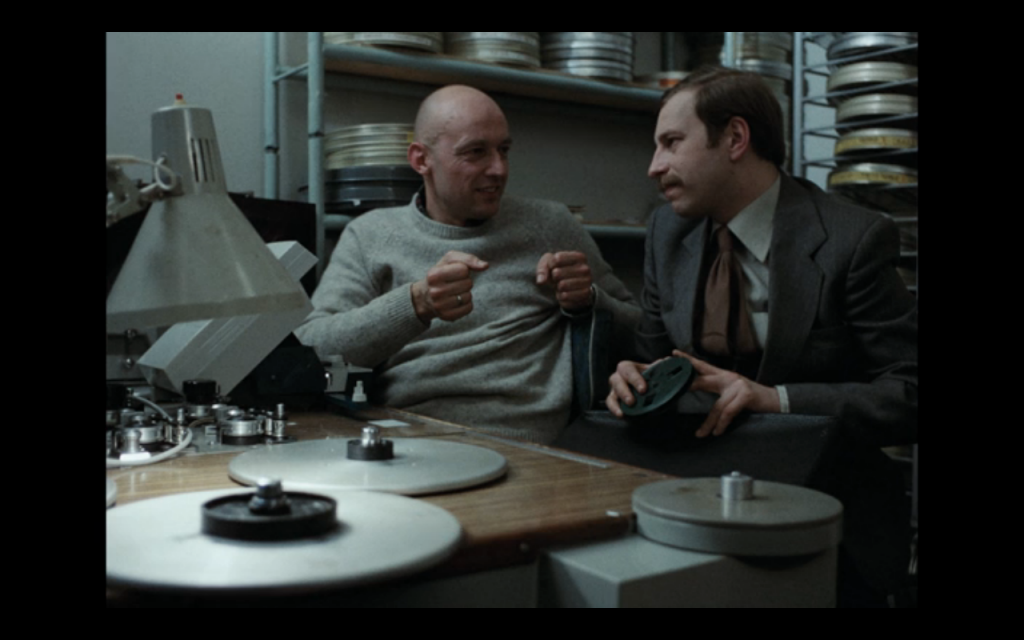 As Filip loses himself to the powers of the cinema, one can see reflections of Kieślowski’s own journey—indeed, one scene shows him flipping through a book on international film where he stops and lingers on a page detailing Ken Loach’s Kes (1969), one of Kieślowski’s favorites. Little details of Filip’s career seem too personal to be imagined by the uninitiated: political rabble-rousers booing the judges of film festivals on principle; the childlike glee raised by his first successful editing together of two different shots; being seized by hiccup attacks during the screening of his first film. 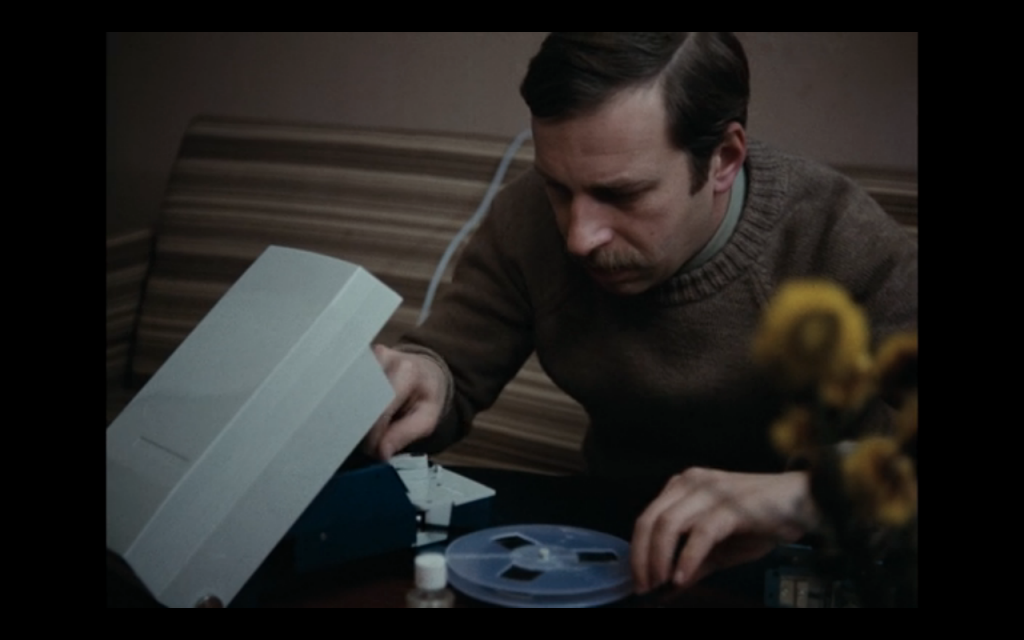 Kieślowski uses the subtle tactic of refusing to highlight or indicate the passage of great lengths of time. There are no pretty montages of the seasons changing, dates are never really specified, and people only mention the time frame in passing (“That was such-and-such time ago when you started!”). The film tunnel-visioning into Filip’s life matches his own tunnel-visioning into his work. Is it any wonder his wife leaves him? 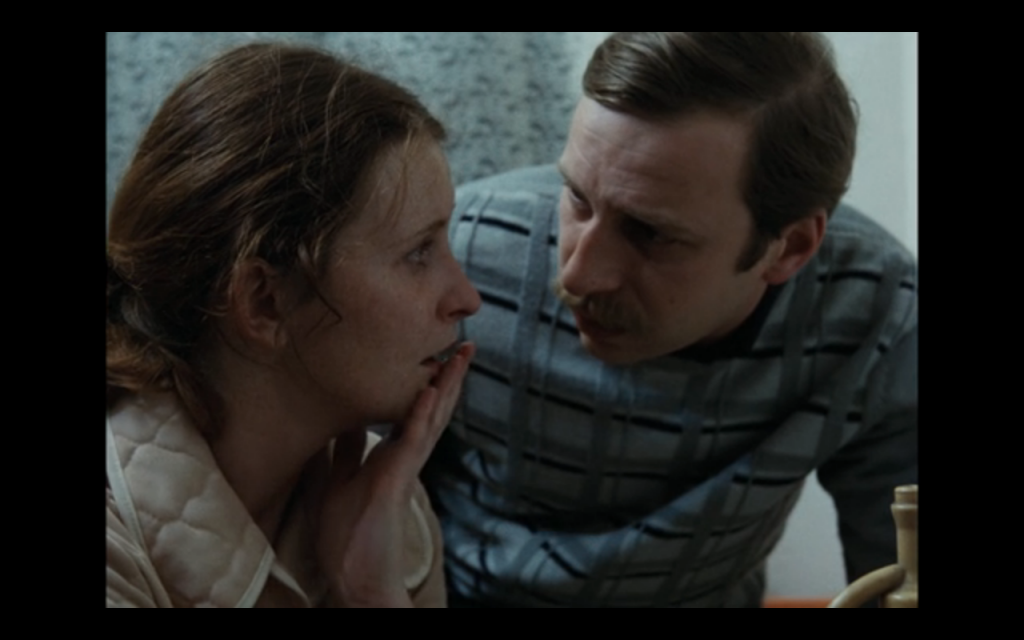 Unlike many of Kieślowski’s early fiction films like The Scar (1976)—a technically competent yet emotionally sterile picture about a beleaguered Party member in charge of organizing the construction of a factory in a rural community—Camera Buff neatly juggles both Kieślowski’s artistic vision and the ubiquity of Polish politics in Polish art. As Filip’s mania increases he encounters resistance from the same Party boss who hired him. Why are there random shots of pigeons in this factory documentary? Why must he include clips of the hired musicians being paid? Are the shots of Party members leaving board rooms to go to the toilet really necessary? In a twist, Filip’s own insistence on his personal vision results in catastrophic consequences for the town after one of his documentaries about misallocated town funds results in many of his friends and co-workers losing their jobs. Again Kieślowski seems to ask: is artistic fulfillment worth it? 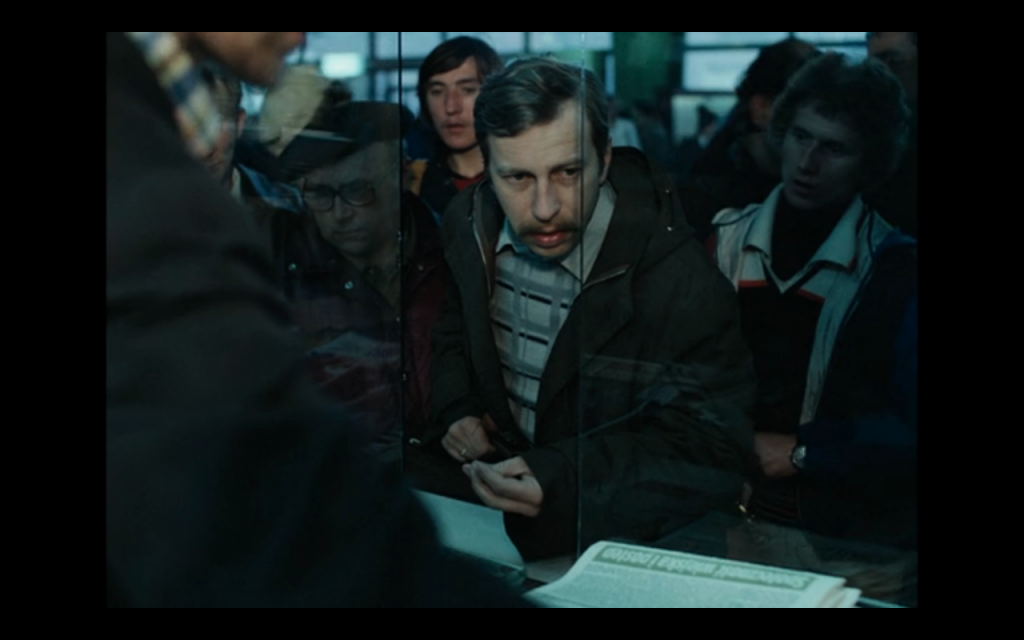 Fittingly for Kieślowski, Camera Buff leaves the answer ambiguous. Having lost nearly everything, Filip ends the film by turning his own camera on himself. One possible interpretation could be that the solution to Filip’s problems isn’t an abandonment of the cinema but a redefinition of its utility. Perhaps what Filip needs is to transform himself from cinematic voyeur to cinematic subject; to realize that he can’t detach himself from the world and the world from the consequences of his actions just because he hides behind a camera. 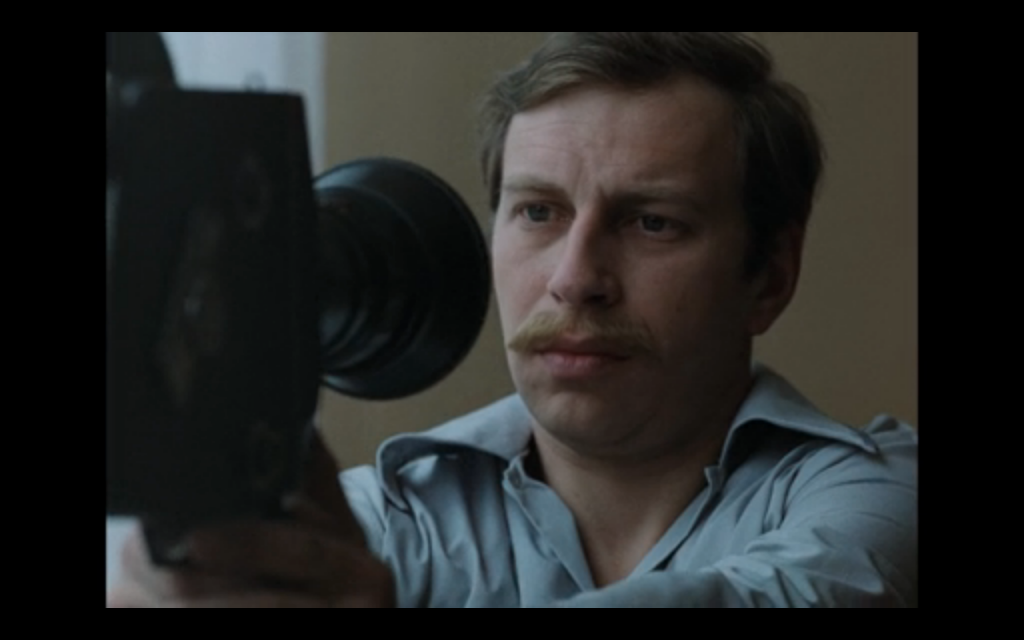 Once more, Filip’s life mimics his creator. After years of working in documentaries, Kieślowski turned to fiction films expressing varying degrees of ambivalence towards the realities of Polish politics. His attentions seemed to divert from the specifically Polish to the universally human. Whether or not Kieślowski found ultimate fulfillment in his new approach is impossible to gauge, although in all likelihood the answer isn’t encouraging. Two years before his death Kieślowski retired from movies, announcing his displeasure at the medium’s limitations. Make of that, and of Filip, whatever you will. 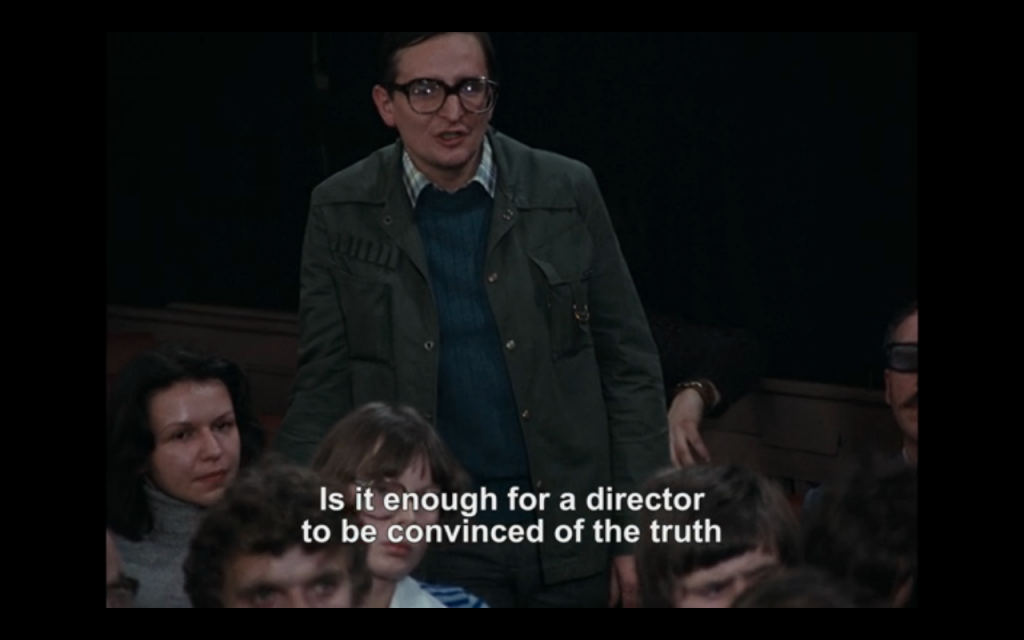 B-Roll: Lonely Are The Brave (Cowboys)

Usually when we refer to neo-Westerns, we mean movies that transplant the themes and iconography of the Western genre into modern day settings. Usually these themes—Manifest Destiny, the struggle between wilderness and civilization, man’s ability […]