Recently I was talking with my husband about how most of his co-workers aren’t very savvy to retro pop-culture (classic films start in the 1980’s for this group). I mean, sure, they’re scientists; I don’t expect them to be knowledgeable about obscure 1940’s war movies or the impressively long career of character actor William Demarest. I do expect them, and anyone else who isn’t living under a rock, to at least recognize some of the big names. You know, the Cary Grants and Katharine Hepburns and Humphrey Bogarts of old Hollywood. Their images are the definition of iconic, and they’ve been on everything from stamps to tacky artwork. Even Clark Gable has (posthumously) graced the back of an airbrushed, bedazzled jean jacket or two (you gotta come to Georgia to see that one). So when my husband told me he recently had a nice, long, science-free conversation with his co-workers, I was very interested to hear about their interests. Surely at least one of them would be a movie nut like me. And we could go for coffee and have movie nerd talk and meet up for repertory screenings of pre-codes and Kurosawa films.

My husband told me the conversation was all over the place, and somehow the group started talking about the Kentucky Derby, which led to a discussion about Seabiscuit, and then progressed into commentary about 1920’s and 1930’s fashion. One co-worker said “the clothing back then was just awful! It was baggy and very unflattering!” My husband, who has been successfully indoctrinated into classic film, politely corrected his co-worker, by informing her that not all fashion from that era was unflattering. He referenced the costumes in Billy Wilder’s Some Like it Hot, explaining that although the movie was made in the late 1950’s, it’s set during prohibition in the ’20s, with incredible clothing. Obviously my husband failed to notice that his co-workers’ heads were on the verge of exploding when he added “And Orry-Kelly had to sew those dresses right onto Marilyn.”

Crickets. Wide-eyed, blank stares all around.

So my husband says “You know, Some Like it Hot with Tony Curtis…”

Some recognition, but unfazed.

Nope. Jack Lemmon could’ve been standing right in front of them and they would’ve said “whose grandpa is that?” 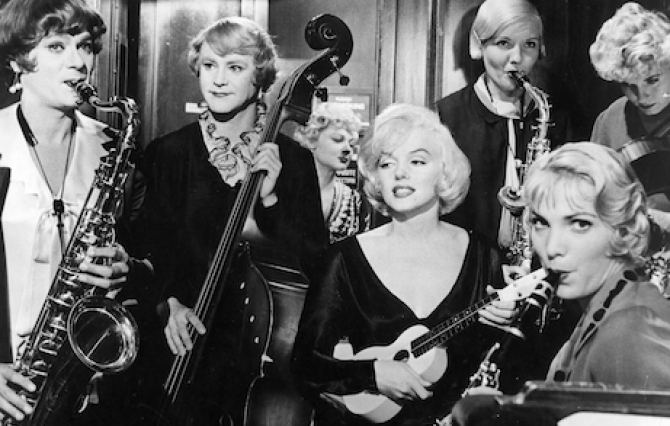 My husband recounted his pop culture communication breakdown to me with much frustration. In the past, I’ve warned him about making references to classic film to the unsuspecting public; “Honey, quit dropping Guy Kibbee’s name. No one knows who the hell you’re talking about” or “no one knows you’re impersonating a singing Dick Powell. Let’s keep that one at home.” That said, it’s not like Some Like it Hot is a deep cut like Footlight Parade or Test Pilot; it always ranks high up on the mainstream “best of” lists. Plus it stars Marilyn Monroe, who is arguably the most iconic movie star of all-time. One of the other leads, Jack Lemmon, managed to have one of the longest and most successful careers in Hollywood history. If people today are unfamiliar with Lemmon’s early films, that’s fine by me. Their loss, but it’s not surprising. Any film made before the 1980s generally gets lumped into the “boring” or “unfunny” categories. I get it; classic movies (and its fans) can be very overwhelming and at times can feel outdated, inaccessible, or even snooty. And let’s be honest: classic films aren’t everyone’s cup of tea. It just seems crazy to me there are adults who have never heard of Jack Lemmon. Especially with the success he had late in his career with My Fellow Americans and the Grumpy Old Men films. It’s mind-boggling, to say the least.

I don’t know, maybe I’m overreacting. I have been known to do that on occasion. Go ahead, ask my family. I just adore Jack Lemmon, and I think I’m a better person for knowing of him and his magnificent body of work. A world without C.C. Baxter in The Apartment; or Ensign Pulver in Mister Roberts; or his silly bongo-playing warlock in Bell, Book, and Candle; or the adorable, lovestruck Pete Sheppard in It Should Happen to You; or Felix Unger clearing his nasal passages in The Odd Couple? No thanks. Lemmon was able to give the most drab of characters a heart, even if that heart would find itself in the wrong place from time to time.

Throughout his career, Lemmon lived for the chance to share his talent with the rest of the world, and it clearly shows. The story is that before every take, Lemmon would say “It’s magic time.” This little ritual put him in the right headspace so that he could always bring his best. These filmed moments captured Lemmon’s own incredible magic, freezing them in time. Moments that never age or grow tiresome; they’re as fresh and meaningful as the very first time an audience laid eyes on them. There’s a wonderful feeling I get when I see Jack Lemmon on the screen. It’s difficult to put a finger on it, but I would compare the feeling to the most beautiful, gut-wrenching homesickness, or an uneasy and addictive lovesickness. Watching him on the screen produces this strange, intangible feeling within, and all my senses are flooded with the most bittersweet of memories. Dammit, he just makes me misty. Fellow Jack Lemmon fans know this feeling well (including my husband).

My husband’s co-workers may still be scratching their heads about this Jack Lemmon person (good ol’ gramps), and I guess I just have to come to grips with that (yeah, I’m still overreacting). But I’ll say this: their ignorance has reminded me just how special he was and how lucky we all are (whether we realize it or not) to have witnessed his greatness. 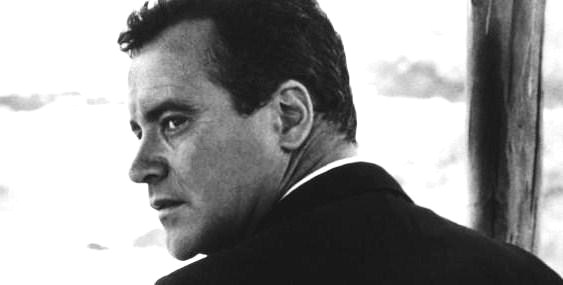