[dropcap]H[/dropcap]appy October 21st, 2015– aka, Back to the Future day! We are officially living in the future (according to Robert Zemeckis’ 1989 film Back to the Future Part II), and the scifi fans the world over are celebrating! Sure, we don’t have power laces, and boy do we ever still need roads, but even though the futuristic predictions of the 1990 film have pretty much fallen flat (although The Cubs do still have a shot at the World Series), today is a day to remember and delight in the gleeful joy of one of the most beloved film trilogies of all time.

The fact today is the exact day that Marty McFly traveled from 1985 to the year that once sounded so fabulously futuristic is definitely one of those time-paradoxes that Doc Brown is always going on about (or in the words of Doctor Who, wibbly wobbly timey-wimey stuff), and really drives home what the dearly departed Dissolve once so accurately surmised: “all movies become period pieces eventually.” Dissolve writer Noel Murray made this argument that Back to the Future Part II isn’t about 2015, it’s about 1989:

[blockquote cite=”Noel Murray” type=”right”]“In 1989, Zemeckis and Gale could imagine that in 2015, vehicles would run on biofuel, and that people would regularly make video-calls. But they also figured we’d still be communicating via faxes and pay phones. And given Zemeckis’ embraceof digitaltechnology and computer-generated images, it’s somewhat ironic that in his 2015, all the video signals look analog—and that one of the great advances is ‘dust-repellant paper,’ as opposed to e-books. As is oft the case with the movies set in the future, it’s less telling what they overpromise than what they can’t see coming.”[/blockquote]

Perhaps this is why some of the ‘futuristic’ films that have dated the best aesthetically have played it safe by remaining acutely self-aware of this pitfall.

For example, Andrew Niccol’s stylishly sleek vision of the future in Gattaca (1997) skews classic, dressing its “not-too-distant-future” inhabitants with tailored suits and evening dresses, thereby grounding them firmly in a tangible world we recognize—thereby making the eugenics technology, which is the villain of the film, all the more real and therefore terrifying.

Steven Spielberg’s Minority Report (2002), also, makes the world of 2054 feel very real indeed. Although surrounded by exceptionally sophisticated technology (a highly Kurzweilean Singualirity society), the humans of that world still look and behave just as you and I do, once again, making us stir uncomfortably because it’s a world we recognize and understand.

But those science fiction films are more science and less fiction. Let’s remember that Back to the Future is first and foremost, a science fiction fantasy. Back to the Future Part II, along with films such as Blade Runner (1982)—even Fritz Lang’s Metropolis (1927)— all rapturously embrace sheer imagination, sacrificing complex science for ageless human allegory. And yes, while this runs the risk of dating them aesthetically, it absolutely keeps them relevant emotionally. 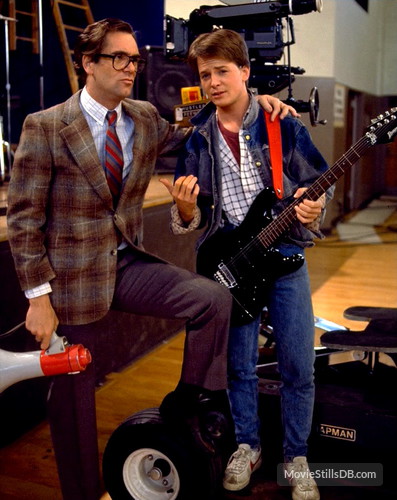 One would have to be incredibly foolish to think that, in any way, Robert Zemeckis and Bob Gale were somehow actually trying to predict the future. I would argue that BTTF Part II‘s cartoonish 2015 is cartoonish on purpose. It succeeds now in succeeding what it did for its 1989 audiences: making us laugh. And laugh on purpose.

Zemeckis is in on the joke. Whether it’s inflation (“go get a Pepsi, here’s a $50”) or even the Hollywood obsession with franchises (Jaws 19) the film is a statement on the culture of 1989 more than it ever intended to be a prediction of the world of 2015. Even the special effects used to create this idea of 2015 must utilize technology that is very much of its time:

[blockquote cite=”Robert Zemeckis” type=”left”]”There are 30 effects shots in Back to the Future, and most of them are lightning. But it’s a science fiction story, so everyone thinks it’s filled with special effects. There are only a few: the flying DeLorean at the end, some fire trail stuff, maybe ten shots of time travel effects. The rest is all lightning in the sky. ILM did the effects, but those were the days when effects were pretty rudimentary. They brought out the old VistaVision camera, and it wouldn’t pan, tilt, dolly or move–the camera was locked on the tripod. It was perfectly still, because in those days we didn’t have motion control or anything like that. They were all optical shots, obviously.[/blockquote]

So today, when you revisit Back to the Future Part II (and hopefully the trilogy in its entirety) keep in mind that even though we don’t live in a world with hoverboards and flying cars— that’s actually the point. 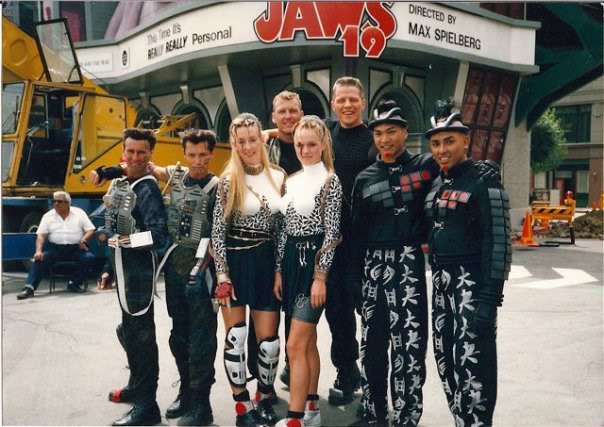