B Roll is a weekly column that digs into the deeper cuts and lesser-known films from legendary directors–the good, the bad, and the awesome. This week, writer Nathanael Hood tackles an early Ernst Lubitsch’s talkie,  Broken Lullaby (1932), which is something decidedly un Lubitsch-esque in nature: a serious melodrama.

Ernst Lubitsch was never a maudlin director: too continentally sophisticated to be weepy yet too stylistically detached to be tragic, Lubitsch shone brightest in light comedies, musicals, and costume dramas. How odd, then, was his 1932 film Broken Lullaby, a full-blown melodrama about guilt, sorrow, and redemption in the face of unspeakable horror.

Based on the 1930 Maurice Rostand play L’homme que j’ai tué, the film follows Paul Renard (Phillips Holmes), a French soldier haunted by the memory of killing a German soldier in the trenches of World War One. At the moment of the soldier’s death, Paul discovered a letter he had been trying to finish to his family. Guilt-ridden, Paul tracks them down in Germany and attempts to reconcile with them. But balking at the last minute, he is unable to confess the truth to the man’s father, the rabidly Francophobic Dr. Holderlin (Lionel Barrymore), and the dead man’s fiancée Elsa (Nancy Carroll). Instead he poses as the man’s faithful friend war-time friend, falling in love with Elsa and winning his way into Dr. Holderlin’s heart. But his guilt continues to choke and consume him. 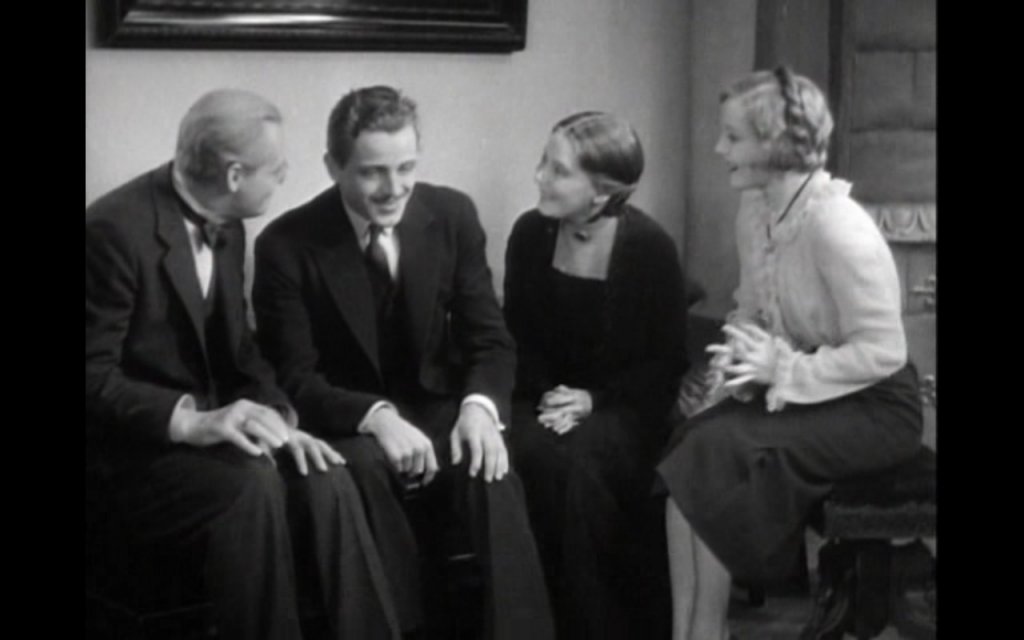 As Lubitsch’s only sound film that wasn’t a comedy, Broken Lullaby sees him at the heights of his stylistic daring and the nadir of his ability to properly handle actors. The first five minutes are full of Eisensteinian flourishes of soldiers coming back from the war: victory cannons cause mental patients in “Silent Hospitals” to violently flashback to their time in the trenches; rows of finely polished boots kneel to pray in cathedrals as shimmering sabers poke into aisles from pews; a crucifix hangs on a wall as the sound of guns boom in the background. 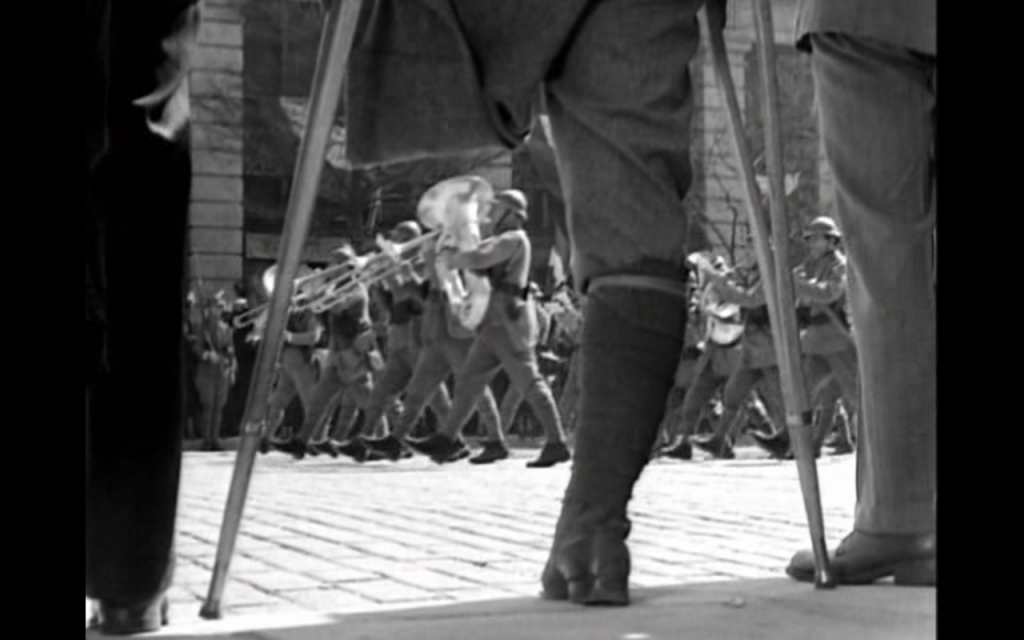 Once the film shifts to Germany, however, the rapid-fire montages stop in favor of long, theatrical takes which emphasize the nuances of acting performances. When Lubitsch turns his camera on a prestigious actor like Barrymore, the film springs to life.

Consider one scene where Barrymore passionately chides his fellow villagers after they give him the silent treatment for fraternizing with a Frenchman. Despite framing the scene with a medium close-up, Lubitsch manages to fill the frame with the faces of three ashamed villagers whose blank-faced reactions galvanize an otherwise over-the-top moment into one of magnificent power. 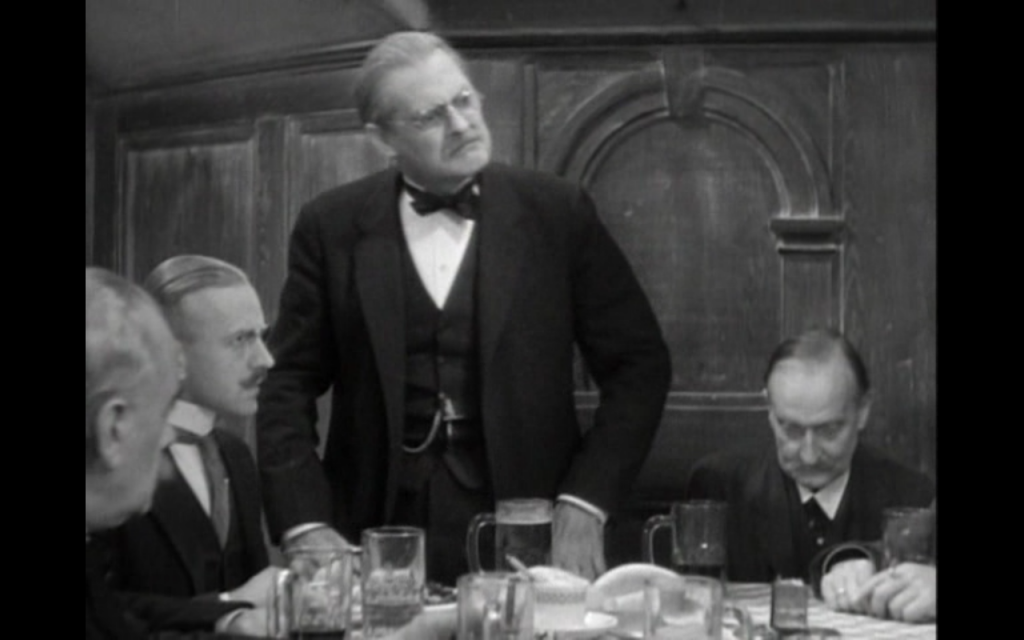 However, the film labors under the miscasting of Holmes as the grief-stricken Frenchman. More often than not his acting consists of little more than histrionic outbursts followed by queasy melodramatic collapses onto a table and/or his own arms. Though designed to provide emotional authenticity, these moments devalue the film of much of its impact, transforming it from the work of a master filmmaker into a Saturday Morning cartoon special. 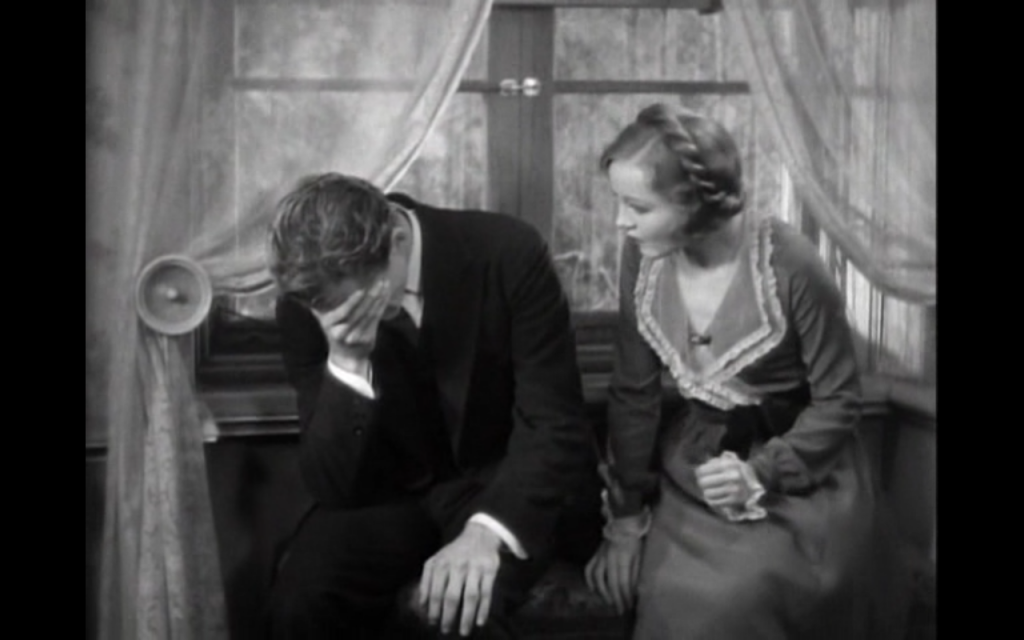 In recent years Broken Lullaby has become somewhat of a cause célèbre among critics and auteur historians. Many consider the film Lubitsch’s greatest misfire. Some, like Jonathan Rosenbaum, label it “one of the most piercing and cinematically supple of all of Lubitsch’s films.”

Personally, I find the truth to be somewhere in the middle. One can’t fault a director for stepping out of their comfort zone—truth be told, such projects should be celebrated. The film’s meaty material afforded Lubitsch the chance to experiment with tone and atmosphere the likes of which were anathema to the light comedies he became known for. Some of it worked. Some of it didn’t.

Though no masterpiece, Broken Lullaby is certainly no abject disaster, either.

B Roll is a weekly column that digs into the deeper cuts and lesser-known films from legendary directors–the good, the bad, and the awesome. This week, writer Nathanael Hood tackles Otto Preminger’s confused and cartoonish Margin For Error.  At first […]