This is the ninth entry in The Retro Set’s weekly summer series taking a look at beach party movies of yore from guest writer Danny Reid. This week, Danny trades in beach sand for Douglas Fir trees.

“If you don’t mind sharing a small beach towel.”

“Is there any other kind?”

I never thought I’d find myself wishing for the nuanced character work of the Beach Party series, but here we are. A Swingin’ Summer is the story of a group of groovy kids who set out for Lake Arrowhead to party their summer away.

Complications? They ensue. Mickey (James Stacy) and Rick (William Wellman, Jr.) are headed there to work through the summer at a song and dance pavilion but find that it’s been closed. They decide to plead with the owner to let them open it up on their own, and he agrees, but only after Mickey’s girl, Cindy (Quinn O’Hara), gives him a chunk of her father’s money as a down payment unbeknownst to the stubborn boys. 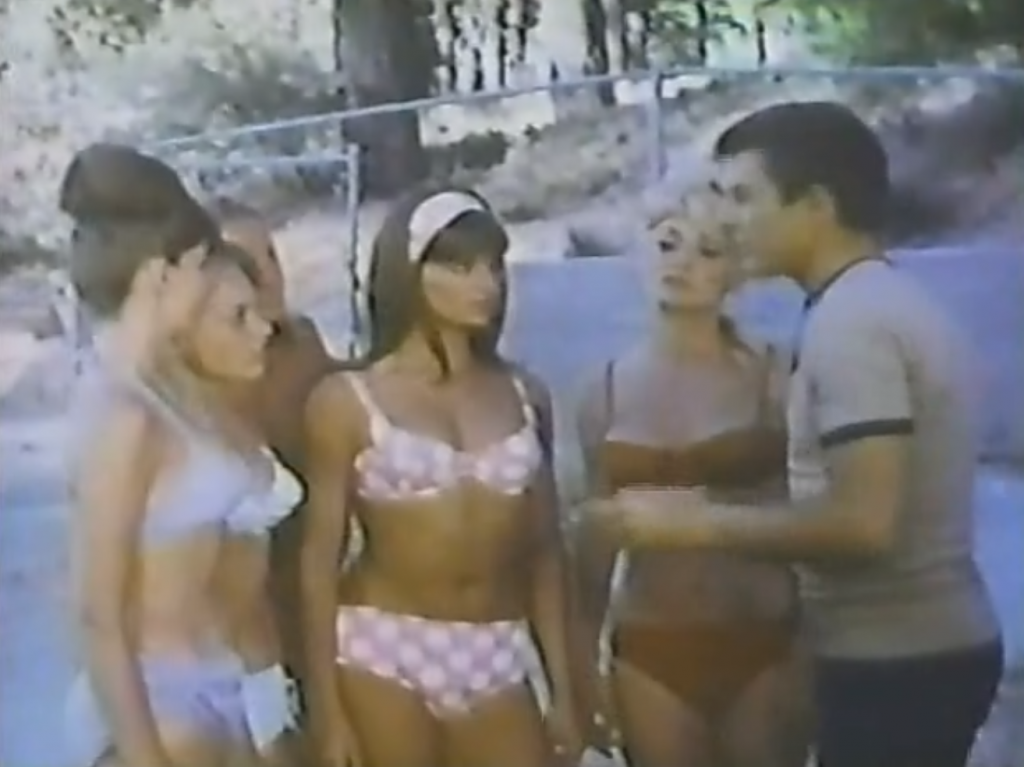 They open their stage with a number of acts, but Mickey and Cindy have a falling out over Mickey’s pride. Rick, meanwhile, is pursuing every bikini-clad bottom that wiggles past him, only to find himself chased by a nerdy brunette named Jeri who sees him as a psychological challenge. A bully lifeguard named Turk (Martin West) steps in, wedging himself between Mickey and Cindy as well as plotting their downfall before their weekend concerts get a chance to take off.

The film is filled to the brim with bickering, romantic rivalries, teenagers that look to be in their mid-20s, and, of course, women in tiny bikinis. The film looks pretty generic (admittedly, the only version of the film I could find was a former VHS tape that was in pan and scan), with the two leads and villains looking fairly interchangeable. The conflict, which includes a drag out, full on fight in the mud between Mickey and Turk– for the ladies— is pretty generic.

Where A Swingin’ Summer shines is in one particular spot. Jeri is played by Raquel Welch in one of her first credited roles, and it’s a knockout. Raquel Welch actually acts in this. Like, I’m not sure I’ve ever seen that before. Usually during her bombshell days, she adopted a far-off look that was meant to keep attention focused on her gyrating hips. However, here she’s a full nerd, completely focused on psychological analysis, sprouting off three syllable words all while tucked in a snug yellow bikini. She definitely has the kind of presence that overshadows all of the other pretty faces and shows why she’d hit it big later in the decade. 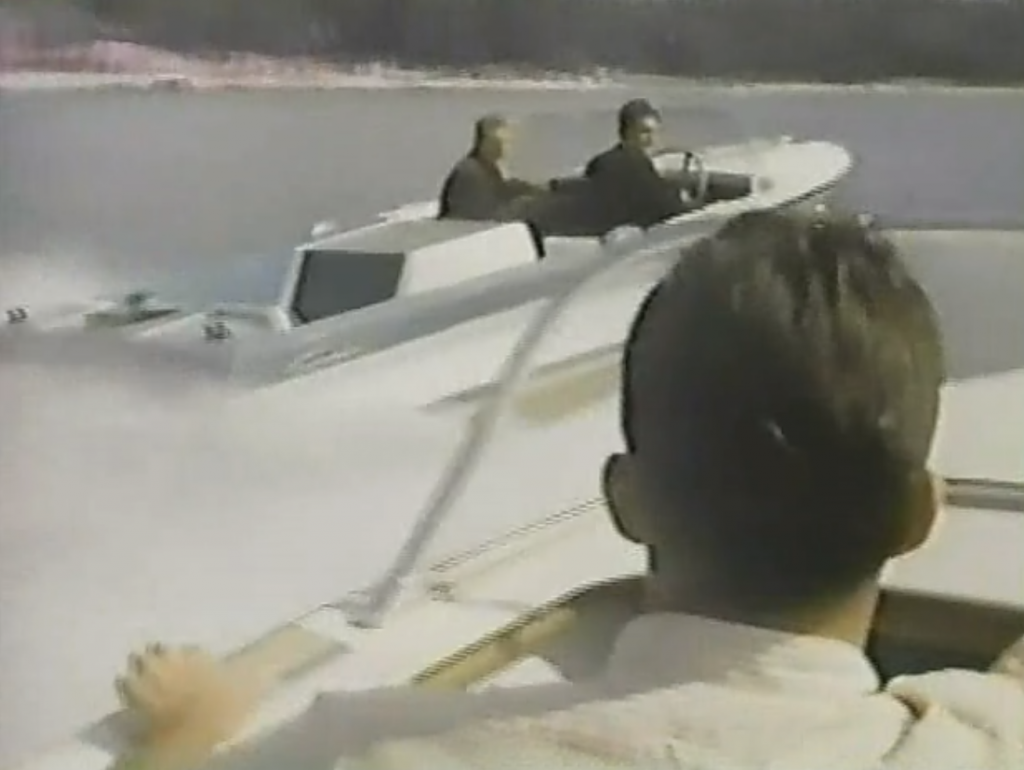 Mickey’s main beef is that his ego won’t allow him to accept charity or kindness from his girlfriend’s generosity. He’s the 60s version of the disaffected man; bound and determined to make it on his own. But he doesn’t. He needs Cindy, and has to learn to accept her help and love.

It’s not a great moral, but it’s something. A Swingin’ Summer is a pretty pale imitator to the Beach Party movies, especially when it comes to the music and character, but for simple, peppy summer fun, Raquel Welch alone is worth the price of admission.

The film is sadly out of print– your best bet is to track down a VHS tape. Here’s a clip from the movie:

Next week: The Ghost in the Invisible Bikini (1966)

By the time the credits of Tony Rome are done rolling we’ve seen Frank Sinatra’s eponymous P.I. character drink a can of Budweiser on a boat, blatantly ogle a bikini babe, and gamble in a […]