This is the seventh in The Retro Set’s weekly summer series taking a look at beach party movies of yore from guest writer Danny Reid.

The Girls on the Beach: Yeah Yeah Yeah

“This is real fun– like being in a movie or something!”

The Girls on the Beach is dumb.

Wait, let me take a step back: yes, all of these beach party movies are dumb on some level, but The Girls on the Beach is impressively so. I think I could maybe name one character from the main trio of blondes– well, I’m not sure the three actually each got a name, or if they were forced to share one.

Beauty is definitely the focus here, as even the nerds look like they fell out of 1965’s Montgomery Ward Summer Special Catalog. The interchangeable sorority girls engage in a variety of techniques to try and raise $10,000, from seducing a math genius to help win a newspaper puzzle, to chemistry experiments to build the perfect cake, to their final victory in a beauty contest. That last one involves the appointed “prettiest” girl in the outfit victoriously performing a dance combining a veil and her hips that may be too much for modern sensitivities.

The guys decide the best way to impress said girls is pretend to have some famous connections, and, in 1965, you couldn’t get more famous than The Beatles. They arrange a gag to make it sound like Ringo is promising the girls to come and play at a benefit for their sorority. The boys have no idea how much the girls had invested in getting the actual Beatles to show up, and are embarrassed when the girls have to put out a major promotional blitz including getting a threatening letter from the band’s lawyers to make some money from the concert. And, judging from the number of extras, if you threw a concert for The Beatles in 1965, you could be assured of at least 30-40 teens to show up.

Luckily, the girls have a few tricks up their sleeve. The film boasts a rather deep roster of acts, including The Crickets, the magnificent Lesley Gore (who is apparently one of the sorority sisters) and even The Beach Boys show up to play a pair of tunes, including the titular song. Sadly, even the extreme mediocrity of the Beach Boys performances can’t sabotage The Girls On the Beach, although their droning of the opening  song could very well put the audience to sleep.

The rest of the film is colorful and playful, although it does nothing to challenge the viewer in the slightest. There’s no real villain, everyone just wants to get laid. The era of surf music was dying thanks to the Beatles and their popularity, and this movie celebrates it, practically throwing the Beach Boys under the bus on their way there. It’s a movie that takes the best of both worlds — bikinis and Beatles — but on a budget. 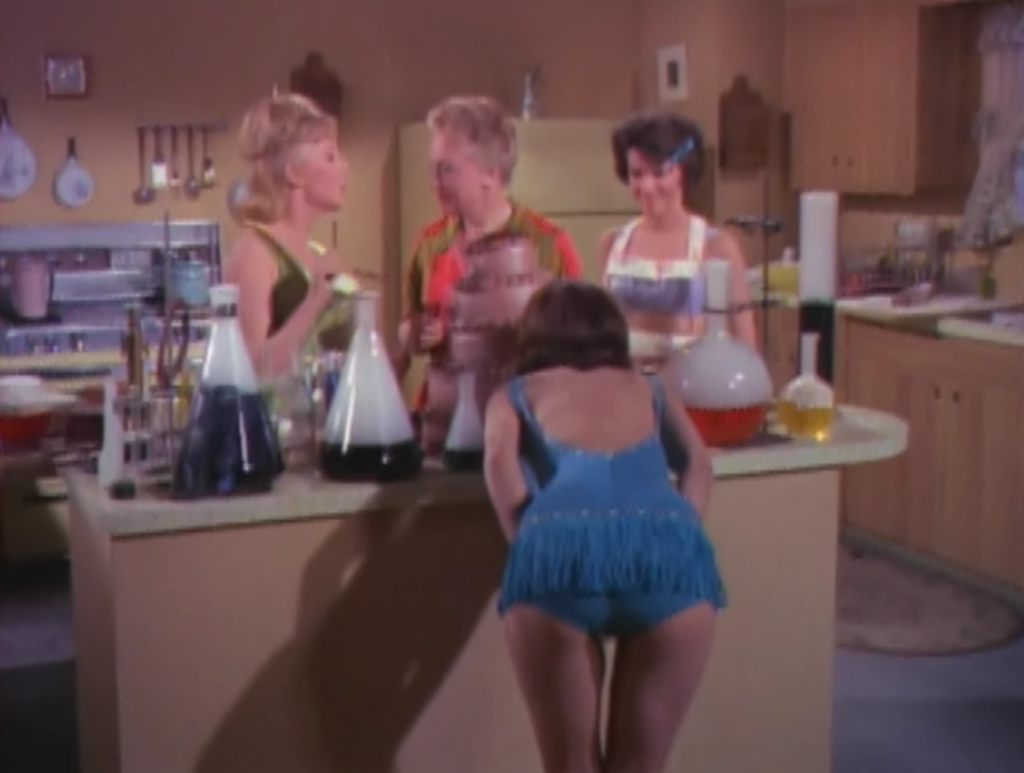 The movie is actually pretty rare– keep an eye out for it on TCM and the like. Here’s the trailer:

Welcome to the first in The Retro Set’s weekly summer series taking a look at beach party movies of yore from guest writer Danny Reid.  Where the Boys Are: And Where the Girls Want to […]