This is the fifth entry in The Retro Set’s weekly summer series taking a look at beach party movies of yore from guest writer Danny Reid.

Ride the Wild Surf: Hunt for the Rad Tab-tober

“You’re a funny boy. One minute you’re shooting harpoons at someone and the next you’re very nice.”

Taking a break from the AIP Beach Party series momentarily, it’s important to contextualize this genre during the height of its popularity in the early 60s. By 1964, Gidget had already been to the beach twice. Elvis had introduced the world to Blue Hawaii. Frankie and Annette were almost halfway to the moon with not just the Beach Party series but spin-off comedies and popular albums that were racking up the dough. Surf music was at its apex in 1963-1964 as The Beach Boys, among others, captured the country’s imagination.

And the surfers themselves? Well, as much as some were actually doing the stunts, most were unhappy with the movies that portrayed their lives and times. While Ride the Wild Surf certainly didn’t portray surfers as three dimensional characters, it still took their culture and skill seriously and pushed past the usual California-bound surf footage with some of the world’s greatest surfers taking on the intense waves off the shores of Oahu.

The film stars teen-heartthrobs (who really weren’t teens at this point) Fabian, Tab Hunter, and Peter Brown as a trio of Malibu surfers who go to Hawaii to try their hands at the big waves that bless the shores every winter. Each almost immediately is paired up with an appropriate woman for their personality type. Brown’s uptight college boy gets a free spirit in Barbara Eden, beach bum Fabian meets blonde Shelley Fabares who encourages him to meet his potential, and Hunter finds a native daughter (played by the very white Susan Hart) and her controlling mom to whom he has to prove his goodness.

The characters are white bread, with the main male trio mostly defined by their languid desires. The villains, including James Mitchum playing a rival surfer named Eskimo, are similarly drawn from the primary color palate.

Where the movie stands apart is the surfing footage. Ride the Wild Surf was built around its spectacular surf footage rather than the other way around, with the crumbum plot merely killing time. While the footage isn’t up close and personal (you won’t be seeing things as digitally immersive as you may be used to) the surfing here still manages to impress; it feels raw and real. It’s obvious that while the filmmakers just wanted to role the dice on a more simplistic version of Where the Boys Are plot-wise, they still had a definite respect for the sport of surfing.

The movie is worth checking out for that much … and to laugh at the rest of it, of course. 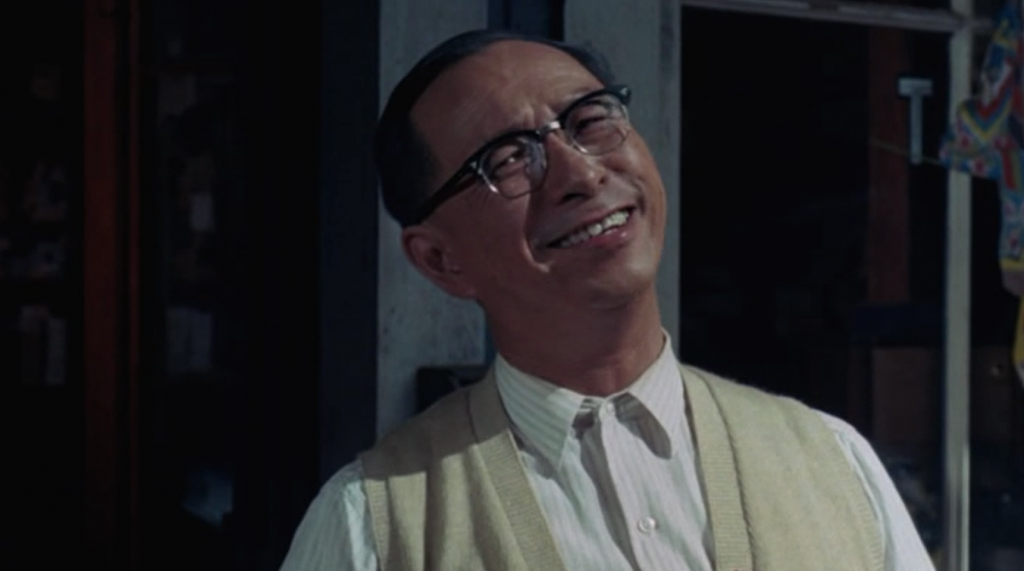 I caught Ride the Wild Surf on late night TV in the early 1990s. I didn’t see it again until it was unexpectedly released on DVD about a decade later. To my delight, I found it as charming as the first time. It made me want to go out and taking surfing lessons. But, by the next day, I felt more practical and quenched my thirst for ocean waves by taking my wife to the Red Lobster for some tasty seafood.

The film is available on Amazon. Here’s the trailer: