We love Warner Archive Instant and so should you!

This week it’s a tale of two Martys. Martin Scorsese is one of our favorite of the “movie brats,” and Warner Archive Instant has a pair of Scorsese firsts: his feature film Who’s That Knocking at My Door? (1968) and his first big studio film Alice Doesn’t Live Here Anymore (1974).  Plus, y’know: Harvey Keitel. 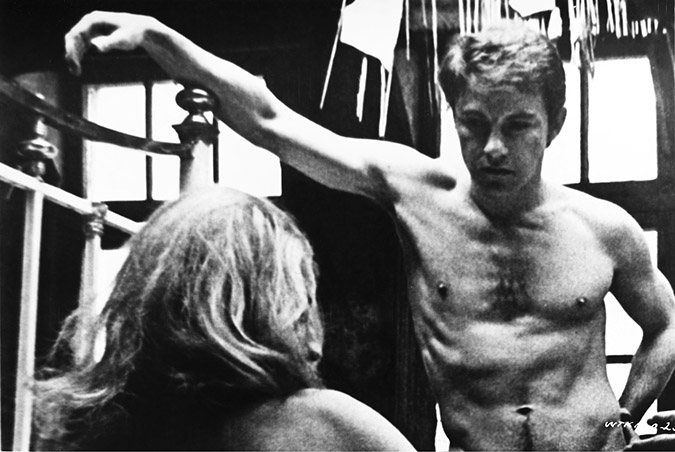 Martin Scorsese’s first feature, while problematic, illustrates many of the themes and stylistic choices that the director carries with him to this day. Made on a shoestring budget with constant re-shoots and re-building over a two year period, Who’s That Knocking At My Door? tells the story of a “good” Catholic Italian boy (a very young Harvey Keitel) and his thuggish friends who spend most of their time drinking and doing nothing, and the nice girl he meets on the ferry and strikes up a relationship with. There’s no question that she’s is leagues beyond him, (it is curious and frustrating that Keitel’s character has a name “J.R.,” and his girlfriend is only credited as “the girl”) and before long, just as their courtship deepens, she musters the courage to tell him about her date rape. His reaction is surprising (by today’s standards) as he cannot believe she didn’t bring this on herself, or she is lying. Scorsese, always a director who wrestles with Catholic guilt, makes his feelings known (thankfully) by juxtaposing the “guys” fooling around with “broads” (Keitel’s definition of women who are not virgins) with images of catholicism, his girlfriend’s innocence, and an extended scene of his masturbatory fantasies rolling with a myriad of women. A final scene of Keitel going to confession intercut with his girlfriend’s rape as well as his passionate kissing of Christ’s toes on a crucifix, is still quite shocking.

Even though the coverage, the cutting (thank you Thelma Schoonmaker -even way back then!) and the overuse of period pop music resemble the director’s style today, he has drastically improved. Here, a lot of “fat” gets in the way of Scorsese’s storytelling.  Most of the scenes are improvised; the majority of which are spent in very long and drawn out situations with Keitel and his street thug gang repeating stale jokes, and the actors are just not up to the task. Compare this with the back and forth delivery between DeNiro and Keitel in Mean Streets or any of the director’s superior mafioso outings, and WTKAMD’s  awkward scenarios pale. Add in the gratuitous, extended “sex” montage, shot and tacked on a year later to secure distribution by sexploitation “master” Joseph Brenner, and you’ve got a fascinating, troubled and curious “mess.” Still and all, it is Scorsese, and if you’re a Scorsese completist, you’ll want to check out his freshman entry. Luckily, Warner Archive Instant’s low streaming costs make this a wiser way to enjoy, rather than investing real money on a DVD or Blu-ray purchase. 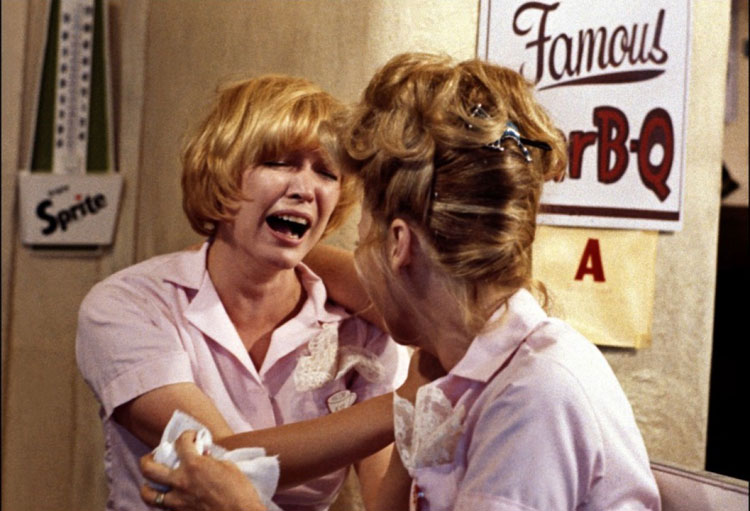 Resting between Scorcese’s  landmark Mean Streets (1973) and Taxi Driver (1976) is this: a film not about the gritty underworld of the New York streets or a deranged terrorist, but a gentle comedy-drama about a single working mother set in … Tuscon.  Alice Doesn’t’ Live Here Anymore (1974) is Scorsese’s fourth film and his first for a major Hollywood studio (Warner Bros). There’s nothing sensational  or cinematic at all about the story— we don’t have any larger than life Travis Bickles or Jake LaMotta’s– no, Alice is as everyday as you and me. But in the hands of Scorsese, even the humdrum routine of everyday life, and the quiet truth of falling in love (real-life love, not movie love) is absorbingly cinematic.

Ellen Burstyn is Alice, a small town girl with big time dreams of becoming a famous singer. Her aspirations are put on hold after marriage to a man who is emotionally unavailable. But when he is killed in a tragic car accident,  Alice hits the road for California in search of a new life with her … shall we call him … energetic 10 year old son, Tommy. Only, they don’t quite have enough money to make it all the way to the CA and Burstyn is forced to stop in the AZ to try and make some money. When she finally lands a gig at a nightclub,  the reward is short lived as she becomes interested in a charming Harvey Keitel. Obviously, though, it’s Harvey Keitel:  it’s only a matter of time before his ticking clock explodes and Alice quickly leaves town, in fear of her life. She surrenders her pride and takes a job as a restaurant at Tuscon diner, initially hating everything about it and everyone she comes in contact with—particularly the foul-mouthed, street-smart head waitress (Diane Ladd, in an Oscar-nominated performance).  Enter Kris Kristofferson. A tall, rugged stranger (and putting to shame every self-professed Lumbersexual in existance) who is instantly smitten with her and weasles his way into her heart by befriending her little boy. Her dreams of fame as a singer are railroaded by their connection … or are they? The words “life is what happens to you while you’re busy making other plans” were never truer. As is the realization that she doesn’t have to give up her dreams by falling in love.

The film is quietly directed, with Scorsese exercising considerable restraint, placing complete trust in his ability to wrench naked performances from his actors. He checks his ego at the door, and relies on long takes (with some inspired interior tracking shots), allowing the camera to almost take on the role of a documentarian, following the characters closely, invading their personal space, absorbing their energy—particularly in the diner scenes where you can almost smell the fried grease.  It was a shrewd decision at this particular moment in Scorsese’s career, as it demonstrates the versatility that would turn out to be an important factor in his longevity.

But Burstyn is in every way the star here; this is film is hers, and it is a well earned Academy Award winning performance with nary a false note to be found. (The actress, hot off her success from The Exorcist, acutally chose the young Scorsese to direct the picture for her.) Kris Kristofferson’s David is refreshingly earnest and understated, and Diane Ladd is irresistible–an unabashed scene-stealer, bringing some much needed (and highly welcome) tough-love and levity to balance out the somewhat prudish Alice.

One of the things that film fans love about Scorsese is that he’s such a film fan himself, and his influences and outright homages to the films of his youth are apparent in much of his work—especially here, in one of his earliest films. He blends the Classic Hollywood trope of a young girl wishing for something more (the intro is an unabashed love letter to classic Hollywood, complete with 1-dimensional sets a la Kansas in the Wizard of Oz), with a dash of Douglas Sirkian melodrama, and a heaping portion of John Cassavetes-esque face time. The results are beautiful–if not occasionally disjointed. But then, hey: so is life.

Happy New Year, dear readers! The Retro Set wishes all of you a very happy 2015 full of health, happiness, and of course, movies. For our first Warner Archive Instant column of 2015, we are taking […]