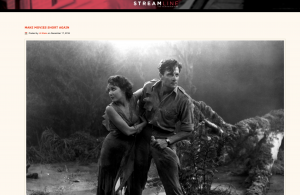 Fire Walk With # Me Too: A Personal Retrospection on Twin Peaks

Reviewing a movie you’ve seen a million times over an almost twenty year period is a hard task, especially when it comes to something that has become a large part of your life and that […]