By the 1940s, the screwball comedy was on its way out. The tastes of the nation had warped from the strains of military mobilization and, for whatever reason, the need for lightheartedly subversive battles between the sexes had dried out. But America never lost its taste for farcical silliness, and so with the screwball’s demise its penchants for machine-gun repartee, escapism, and fast-paced hilarity migrated to a new wave of films that played fast and loose with genre and reality. 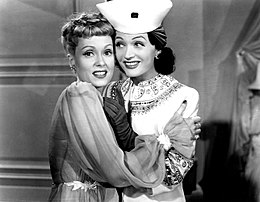 Frequently employing surreal, fourth wall breaking humor and impromptu musical interludes, these films came to dominate much of the 1940s. Some of them like the Bing Crosby and Bob Hope Road to… series and H. C. Potter’s Hellzapoppin’ (1941) have still survived as classics of its era. But others, like Andrew L. Stone’s Hi Diddle Diddle (1943), fell through the cracks of history. A raucously entertaining spitfire of a movie that barely clocks over 70 minutes, the film emulates the bourgeois gentility of classic screwball comedies while channeling the anarchic silliness of 1940s Hollywood comedies. Indeed, in this film we see an industry in metamorphosis.

The film follows the madcap misadventures of a father-son duo on the day of the son’s wedding. The father Col. Hector Phyffe (Adolphe Menjou) is an inveterate grifter, the kind who disguises his crookedness under a veneer of detached bourgeois aloofness, moving effortlessly between upscale gambling dens and nightclubs. For all his faults, he sincerely loves his son, the good-hearted yet soft-brained Navy sailor Sonny Phyffe (Dennis O’Keefe) whom he raised in a series of boarding schools and colleges to keep him from learning about his true nature. While in port on a two day pass, Sonny intends to marry his sweetheart Janie Prescott (Martha Scott), a socialite and heir to a considerable fortune. However, when Sonny arrives at the wedding, he learns that one of Janie’s old suitors named Peter (Barton Hepburn) had fooled her daffy mother into gambling away the family fortune to him. The only way he’ll give it back is if Janie calls off the engagement and marries him instead. Incensed, Col. Hector insists that he’ll win Janie’s family fortune back himself, whisking Sonny away to a notoriously crooked gambling parlor to do what he does best: cheat his way to riches. That is, if he can get the hopelessly naive Sonny to play along. 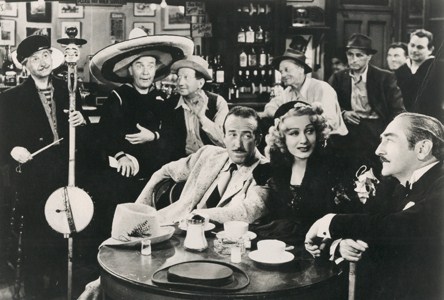 From there the film morphs into a chaotic comedy of manners involving mistaken identities as more and more characters come out of the woodwork. There’s Col. Hector’s new wife, the ostentatiously vain opera diva Genya Smetana (Pola Negri) with a love of Wagner that far outstrips her ability as a singer—think a Brunhilda Miss Piggy minus the pork. There’s Leslie (June Havoc) one of Col. Hector’s old flames who works as a saucy lounge singer who helps her old beau rig the roulette wheel at the club she works at before immediately flirting with the befuddled Sonny. And there’s all manner of ministers, croupiers, and bankers crowding out the periphery. For such a short movie there’s an incredible amount of plot. Even more impressively, screenwriter Frederick J. Jackson never lets the material get too far out of his control, keeping the insanity right at the brink of incoherence as lovers mistake sons for husbands and friends for wives.

Key to the film’s effectiveness is a deeply ingrained need to entertain, not just tell an amusing story, and as with so many comedies of its era it features sudden musical numbers, none better than an impressive sequence where Leslie, having stumbled into a bar that just happens to be projecting a reel of one of her performances, accompanies herself for a rousing rendition of “The Man with the Big Sombrero.” Did it need to be in the film? Of course not, but it helps underscore the plasticine reality of Hollywood studio comedies where—much like in the cartoons of Ub Iwerks where anything could come alive at any moment—something fantastic could happen at any time. And speaking of animation, Stone one-ups Preston Sturges’ animated intro in The Lady Eve (1941) with not one but two animated sequences done by none other than Fleischer Studios to bookend the film, the last scene seamlessly blending animation and live action where a mortified Wagner and his family flee from Genya’s caterwauling. 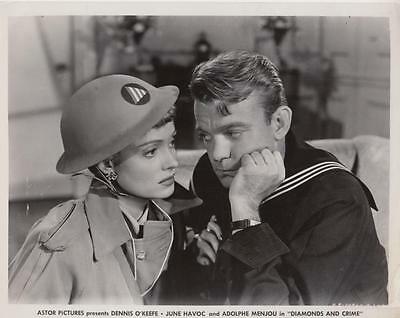 Hi Diddle Diddle is also a remarkably meta piece of filmmaking in that the characters all seem to know that they’re in a movie. There are casual fourth wall breaks such as an early scene where Sonny turns towards the camera, sticks out his tongue, and jeers the audience for butting into a tender moment with Janie. And then there’s a riotous running gag where a beautiful young woman played by Lorraine Miller keeps popping up here and there in various background roles only to smile and wink at the other characters.

“You know, I’ve seen that girl somewhere before,” someone finally mentions about two-thirds of the way in.

Janie’s mother quickly chimes in before getting shooshed by her daughter: “She’s a very particular friend of the director who’s making this picture. He sticks her in every scene he can.”

And in perhaps one of the film’s most famous scenes—if only because Quentin Tarantino, an avowed devotee of the film, almost certainly referenced it during the La Louisiane scene in Inglourious Basterds (2009) where the characters demonstrate their preferred spit-take methods—a group of characters mock and imitate the disingenuous way people in movies do double-takes.

Hi Diddle Diddle is one of the great overlooked comedies of the 1940s: it’s a crime caper where nobody really gets in danger or gets ripped off except a greedy banker; it’s a comedy not about sex but the distant promise of it in the form of a perpetually delayed honeymoon; it’s a marvel of song and dialogue and animation that’s lost none of its crispiness over 70 years later. And the best part? It’s in the public domain and can be watched legally and for free right now on youtube and the Internet Archive.