It was a blessing and a curse for Philip D’Antoni. The producer of Bullitt (dir. Peter Yates, 1968) and The French Connection (dir. William Friedkin,1971), for which he won an Academy Award for Best Picture, had another project waiting in the wings, another police thriller with another centerpiece car chase. How could it not be compared to these earlier efforts? What’s more, how could it compete? Released in late 1973, this time with D’Antoni directing (the first and only time he would do so), The Seven-Ups instantly — and has forever since — lived in the shadow of its more famous predecessors. But while many saw the film as a sequel of sorts to Friedkin’s film in particular, with shared members of the cast and crew, a similarly brisk New York City location, and distribution through 20th Century Fox, this secondary status denies what should have been regarded as a noteworthy action classic in its own right. 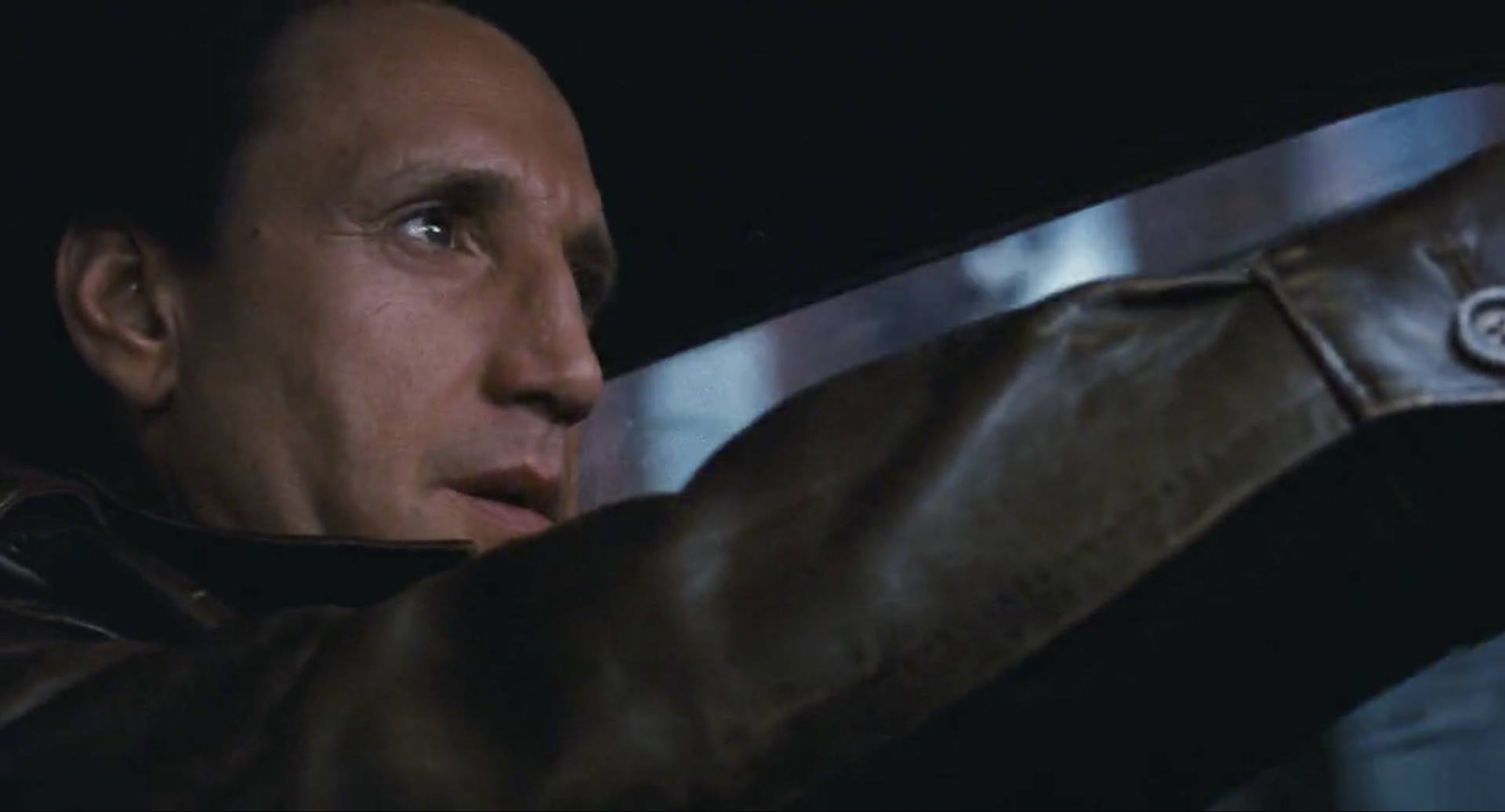 Written by Albert Ruben and Alexander Jacobs (Jacobs who, with husband and wife team Robert and Laurie Dillon, did write the official French Connection sequel, released in 1975 with John Frankenheimer directing), The Seven-Ups was based on a story by Sonny Grosso, the same Sonny Grosso whose real-life exploits with partner Eddie Egan served as inspiration for Friedkin’s picture. This time, the story involves incidents taking place later in Grosso’s career, with his stand-in, Roy Scheider’s Buddy Manucci (as opposed to Scheider’s Buddy Russo from The French Connection — the links are indeed seemingly endless), leading a group of four plainclothes New York City detectives who target felons likely to serve sentences of seven-plus years in prison.

Most involved in The Seven-Ups, including D’Antoni, have done their best to distinguish the film on its singular merits, which it should be. Leading man Scheider specifically deserves praise for his efforts. Although he received an Oscar nomination for his earlier role in The French Connection, that film really belonged to Gene Hackman, who won an Oscar for his performance as Jimmy “Popeye” Doyle. And as for Bullitt, Steve McQueen is always a tough act to follow. But Scheider sells his character well, as he usually did no matter the part. The doubt and fallibility of his Manucci lends the entire film a degree of naturalistic response. Emerging from a life-threatening car crash in breathless silence, Scheider is credibly bewildered, in an extreme, dazed expression of his genuine Everyman demeanor. At the same time, his moments of effortless composure are ruptured by emotional outbursts, which are that much more emphatic in contrast. 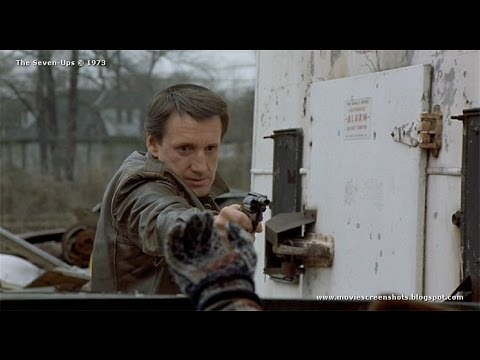 The plot of The Seven-Ups, a clever conspiracy, concerns the daring kidnapping of mob bosses who are then held for ransom by a pair of men appearing as police officers: Moon (Richard Lynch, brandishing an anomalous sawed-off shotgun) and Bo (Bill Hickman, the celebrated stunt coordinator). Among the other members of the Seven-Ups, there is Barilli, played by Victor Arnold, Mingo, played by Ken Kercheval, and Ansel, played by Jerry Leon, who was also, like Grosso, an actual New York City detective. And there is Tony Lo Bianco as two-faced informant Vito Lucia, Manucci’s boyhood friend whose allegiances are suspect to say the least. Lo Bianco, interviewed on the new Twilight Time Blu-ray of The Seven-Ups, discusses the picture’s somewhat convoluted casting process, noting, for example, that a “Tony Lo Bianco type” was sought for the role of Vito, apparently forgetting Lo Bianco fit that bill rather well.

Aside from Leon’s involvement, D’Antoni, who initially had Noel Black in mind to direct, strives for authenticity all around. He speaks of the film’s “reality look,” which is evident in its use of natural light and its unadulterated on-location footage, shot throughout Manhattan, Brooklyn, the Bronx, and neighboring parts of New Jersey. Abetted by the cinematography of Urs Furrer, one can feel the chill in the air and the grit in the streets; the picture appears appropriately damp and dingy, the movements of extras and peripheral action are artless and the ambiance is convincing (for an even more low-key rendition of the film, see the Super 8 version included on the Blu-ray). D’Antoni discusses these and other aspects of the film in his own Twilight Time interview (he also provides a lame introduction, literally throwing his hands up at the end as if it was all he could do to provide this brief statement), covering his inauspicious origins and his entry into the filmmaking industry via television production, praising the actors and noting the film’s lackluster reception (it was, by this point, among many derivative titles of the period), and summing everything up with his retirement not long after, in 1977. 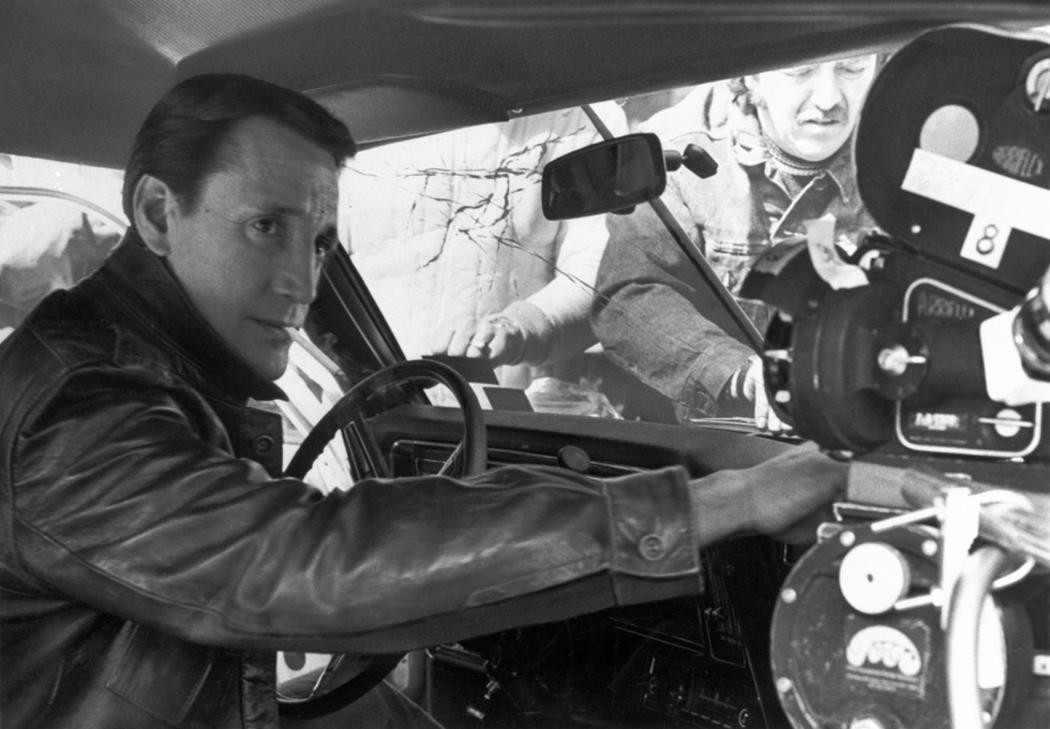 That quest for authenticity comes down to what technical adviser Randy Jurgensen calls “faction” (another former NYPD detective, Jurgensen is also interviewed for Twilight Time and narrates a slideshow of behind-the-scenes photos), and it dramatically carries over to The Seven-Ups’ famously furious car chase. This is a visceral and dangerous pursuit; the peril, recklessness, and passion are compelling and the concluding crash, inspired by the death of Jayne Mansfield, is intense. The subject of two documentaries on the Twilight Time disc, Cut to the Chase and the archival Anatomy of a Chase: Behind the Scenes of the Filming of The Seven-Ups, the chase pits Hickman in a 1973 Pontiac Grand Ville sedan against Scheider in his 1973 Pontiac Ventura Custom Sprint coupe (with most of the driving done by Jerry Summers). Lasting more than ten minutes, it is a bravura sequence, a concentrated flurry of screeching tires, revving engines, and panicked onlookers, a thrilling audiovisual assembly expertly edited by John C. Horger, Stephen A. Rotter, and Gerald B. Greenberg (who won an Oscar for his comparable work on The French Connection). Richard Harland Smith, of TCM, provides a commentary track for the Twilight Time release and spends ample energy on this section of the film. He also notes bits of NYC trivia, including the city’s contemporary crime rate, which figures into the first-rate rash of Big Apple-based crime films of the 1970s, and he mentions several interesting script-to-screen changes. But he’s especially keen on the geographic goofs of the chase, pointing out vehicles and buildings repeatedly seen, crossroads repeatedly covered, etc. It is a “cubist car chase,” he says, or “an Escher.” If anything, though, the elaborate, necessary nature of the chase’s incongruous production testifies to how seamlessly effective its engaging realization ultimately is.

For all its kinetic action, The Seven-Ups is (again, like The French Connection) equally built on less animated, less glamorous aspects of investigative accomplishment: patiently waiting for something to happen, tracking a target, observing them on a stake out, chatting with antagonist, sizing him up, and so on. While the early motivations are somewhat perplexing, D’Antoni’s sound sense of pacing allows the characters to develop gradually, cunningly, and to expand their presence. Moving past this initial uncertainty, then, The Seven-Ups becomes an increasingly captivating film, including, most notably, a recurrent and memorable car wash ruse, which stresses claustrophobic vulnerability and the feeling of treacherous entrapment, scored by the effectively discordant music of Don Ellis, winner of a Grammy for his theme to The French Connection. (An isolated music track of Ellis’ score is presented by Twilight Time along with a track of Johnny Mandel’s unused score.) 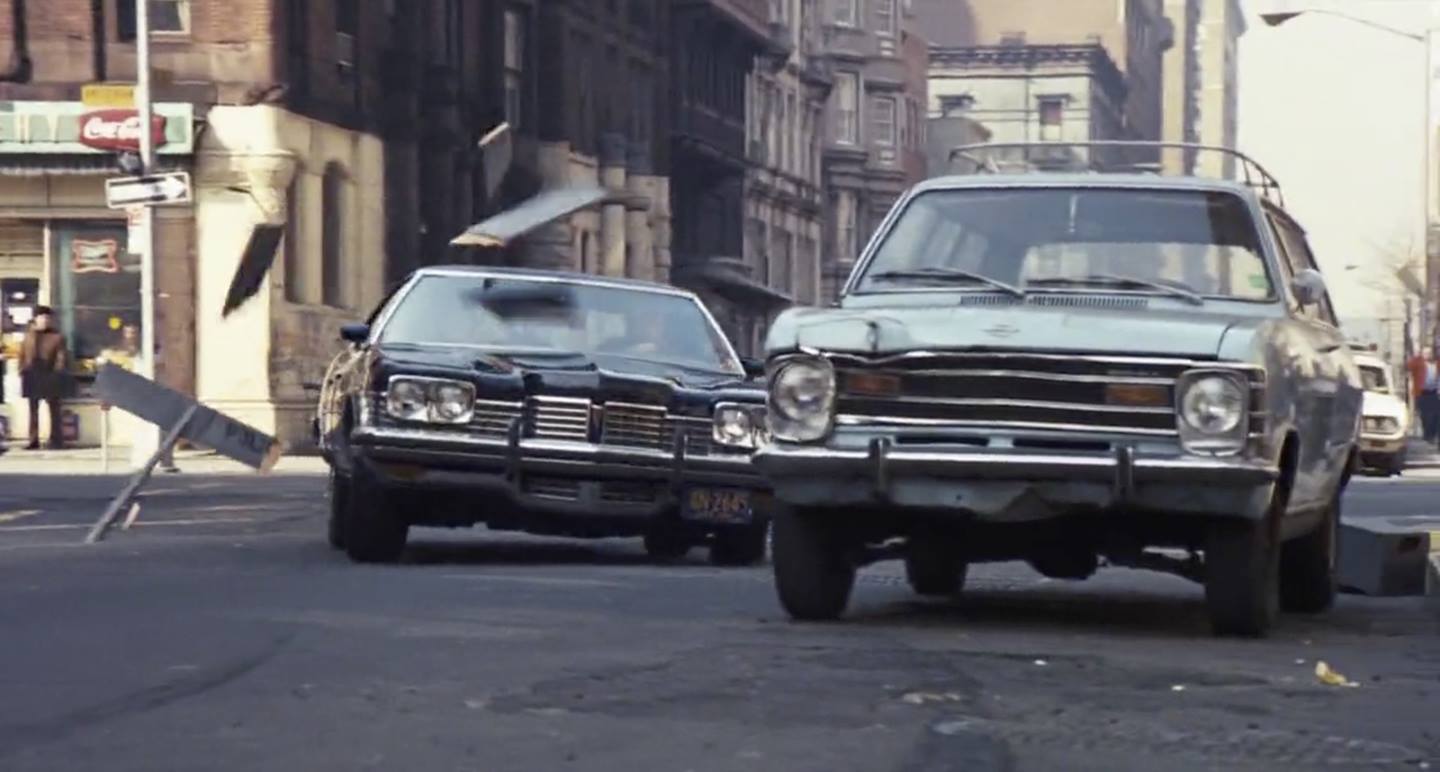 The anxiety also stems from the underhanded, undercover nature of what the Seven-Ups and their criminal counterparts do. The risk of getting found out leads to pervasive paranoia, putting the good and the bad on edge. Both sides are proportionately adept as well, which adds to the pressure. But as far as those on the ostensible right side of the law, their methods aren’t for everyone. A beat cop singled out, for example, is no fan, calling the methods of Manucci and his squad “not correct.” Certainly, some of their actions (a brutal hospital bed interrogation) are objectionable, especially in today’s era of precarious civil rights and authoritative abuse. And yet, that ethically blurred correlation is itself part of the film’s tension: the connection between a blatant outlaw culture and the problematic, albeit enthralling, world of a rogue cop, the fine line between the two, the frequent overlap, and the danger of getting irrevocably nudged in either direction.