Rudolph Valentino was arguably Hollywood’s first sex symbol and one of the first stars to create mass hysteria among fans. Valentino’s journey to this superstardom began in the late 1910s doing bit parts. 1921 would be the year when Valentino would break out to become one of the biggest stars of the era, starting with The Four Horsemen of the Apocalypse, a massive box office sensation, grossing over one million dollars and still ranking as the sixth most successful silent film of all time. 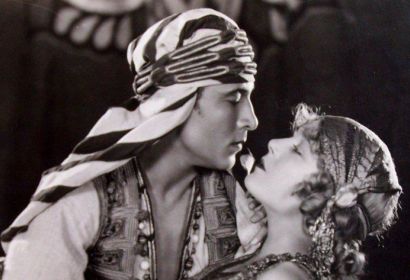 Later in 1921, Valentino would star in his most iconic role, as The Sheik. Like “Four Horsemen” before it, Valentino’s The Sheik would become another smash hit, cementing Valentino as THE sex symbol, also providing him with international superstardom. Based upon a novel by Edith M. Hull, The Sheik has Valentino co-star with Agnes Ayers as Lady Diana Mayo a strong-willed, independent woman. 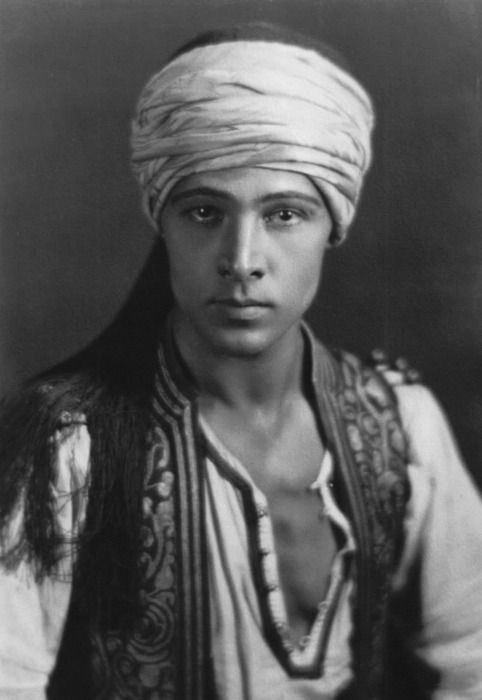 Valentino’s The Sheik has been brought to blu-ray by Kino Lorber, who has done a great job with the title. It looks quite good, and there’s a new score by Ben Model. Watching a silent movie today comes with its own special grading curve. We’re lucky to have the material out in blu-ray when you consider how little of the period survived. Some of the shots inside The Sheik’s tent are truly impressive with their sharpness, clarity and color tinting.

Special features include the trailer for Valentino’s Blood and Sand, and archival footage of the superstar’s funeral. His premature death at 31 created a sensational wave of international hysteria. This footage really gives you a sense of how unreal the crowds were, as there are city blocks of adoring fans.

By far the best feature on the disc is audio commentary by Gaylyn Studlar, author of the book “The Mad Masquerade: Stardom and Masculinity in the Jazz Age.” This commentary track is lively as Ms. Stand commands a casual dialogue about the differences between the The Sheik and its source material —hitting on some of the more absurd plot points, while providing context as to what makes The Sheik an important landmark for both Valentino’s career and one of Hollywood’s early major hits.

Personally, I’m still having a hard time figuring out exactly how I feel about The Sheik. While I’m glad I saw it, I don’t see revisiting it anytime soon. What is undeniable, though, is the wonderful presentation that Kino Lorber has put together. Fans of this film, the silent era, or Valentino will be more than pleased.