Referred to by an assenting Susan Sontag as “the phenomenon of the twenties,” Leonard Zelig captured the Jazz Age imagination of an adoring global populace. As recounted in Woody Allen’s Zelig, however, such capricious popularity was also marred by the turbulent downfall of this hapless clerk, a mild-mannered nobody who wanted nothing more than to be liked. After his anxiety-induced ability to change bodily form was first remarked upon by none other than F. Scott Fitzgerald, Zelig (Allen) started popping up as everything from a black jazz musician to an athlete waiting in the wings during New York Yankees spring training (Allen the baseball fan later gives Zelig the line, “I love baseball. You know, it doesn’t have to mean anything. It’s just very beautiful to watch”). A man soon saddled by the unstable failings of fame, Zelig charms the masses, but in affirming his cultural appeal, he unwittingly touches a nerve with the public, in a way, according to Saul Bellow, “it preferred not to be touched.” The whole thing, recaps the acclaimed writer, was a “very bizarre story.” 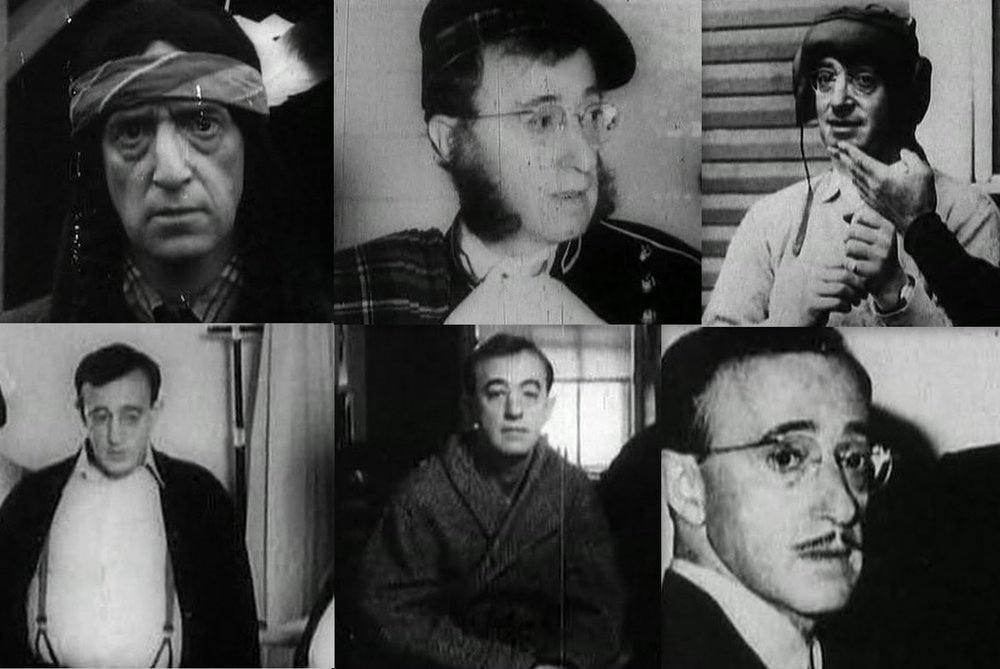 Narrated by Patrick Horgan, Allen’s resourceful 1983 mockumentary follows unassuming Zelig as he gains widespread prominence, is scrutinized by scientists and scholars, and is exploited and manipulated by his devious sister (Mary Louise Wilson) and her conspiratorial husband (Sol Lomita). An insatiable media clamors for his latest shapeshifting turn as a throng of eager fans turn his physical potential into a pop sensation. It doesn’t take long, though, before controversial aspects of Zelig’s past turn these fad enthusiasts into fervent detractors; the public that loves to venerate its idols is often just as keen to clench the latest salacious scandal and unload a strained battery of moral outrage. The only charming constant for Zelig is the relationship he develops with Dr. Eudora Fletcher (Mia Farrow), a psychiatrist who applies the tools of her trade to help and understand her confounded patient.

While there is an obvious contemporary irony in Zelig’s depiction of fickle notoriety, combined with the presence of Farrow in Allen’s film, the fictive romance is touching and spontaneous. In large part because Allen plays Zelig as such a modest figure—funny but not “on” all the time, meek but loveable, neurotic but sympathetic—it becomes one of the more effortlessly wholesome courtships in all of Allen’s work. Even when Fletcher’s actions have an inverse effect, making Zelig too opinionated, for example, getting him in a physical altercation when he disagrees about it being “a nice day,” the recovery is natural and harmonious, and Zelig, now available on Blu-ray from Twilight Time, ultimately ends with a hilarious, gratifying reunion.

Implementing a pseudo-documentary format not unlike his first film, 1969’s Take the Money and Run, Allen constructs Zelig as a mock-journalistic record, where despite its detached musings and anecdotes, from fake eyewitnesses and pretentious intellectuals, the film takes narrative shape as an economically lucid chronicle. Though the documentary strategy wasn’t Allen’s original intention with Zelig, which began as a realistic story in modern times, the formal amendment paid off. Merging black-and-white newsreels with re-enactments and current consultations, the film is a multifaceted, multi-form account. Writing in an accompanying Twilight Time essay, Julie Kirgo applauds these “judicious interviews” and identifies the film’s uniform verisimilitude. Unfortunately for Allen, the convincing assembly failed to fill out a feature length film (an early cut ran just 45 minutes), so he added extra archival footage and increased the narration by Horgan, with whom Allen would again work on The Curse of the Jade Scorpion (2001), Hogan’s last film (here, Hogan took the place of John Gielgud, who recorded the entire narration but was dropped after Allen deemed the voiceover “too grand”).

Rarely acknowledged as an inventive visual stylist (despite the amusing illustrative whims of 1977’s Annie Hall, the surrealism of 1980’s Stardust Memories, the rich expressionistic ambiance of 1991’s Shadows and Fog, and, more recently, the luminous color of 2017’s Wonder Wheel), with Zelig, Allen puts forth his most accomplished effects-driven feature. Partly inspired by a Dick Cavett program on HBO, where the host was shown within assorted documented backdrops, Allen employed bluescreen technology to seamlessly place Zelig in a variety of historical settings, alongside a range of famous faces (this well before the method received general recognition in 1994, with Robert Zemeckis’ Forrest Gump). Adding further validity to its antique presentation, Allen used vintage cameras and lenses, tactile damage was purposefully enforced (negative scratches, audio pops, flickering frames), and cinematographer Gordon Willis, working on his fourth film with Allen, devised effective exposure tricks to bolster the illusory footage. Mel Bourne’s production design and the music by Dick Hyman, whose compositions would remain a fixture in Allen’s subsequent output, likewise enrich Zelig’s old-fashioned actuality, and having the extras and primary players wave and pose awkwardly for the camera increases the film’s home movie spontaneity.

Zelig’s premise alone has promise, but Allen takes what could have easily been a one-note gimmicky bit and creates something quite profound, and something surprisingly prescient. As much fun as it is to see Zelig mingle with the likes of Tom Mix or get chided by the Pope or raise the ire of a pontificating Adolf Hitler, Zelig’s embodiment of celebrity obsession and individual manipulation resonates beyond the film’s clever concept. Is it so hard to imagine a present-day personality who could likewise generate toys and trinkets, product endorsements, novelty songs (“Leonard the Lizard,” “You May Be Six People, but I Love You”), and, of course, a big screen adaptation (Zelig’s melodramatic film-within-a-film, “The Changing Man”)? It’s easy to laugh at a ridiculous chameleon dance craze until one remembers the Y.M.C.A., the Floss, or the Macarena. In his desperate desire to assimilate, Zelig the “Human Chameleon” was, according to psychologist Bruno Bettelheim, the “ultimate conformist.” But is what he craves so far removed from this era’s penchant for personality affirmation? Aren’t Zelig’s transformations remarkably similar to a fabricated or forced social media persona, a polished identity that yields reflexive cliquish adaptation, acquiescence, and, like Zelig when he assumes the guise of a psychiatrist and espouses “psychological double talk,” just enough vapid opinion to appear superficially credible? 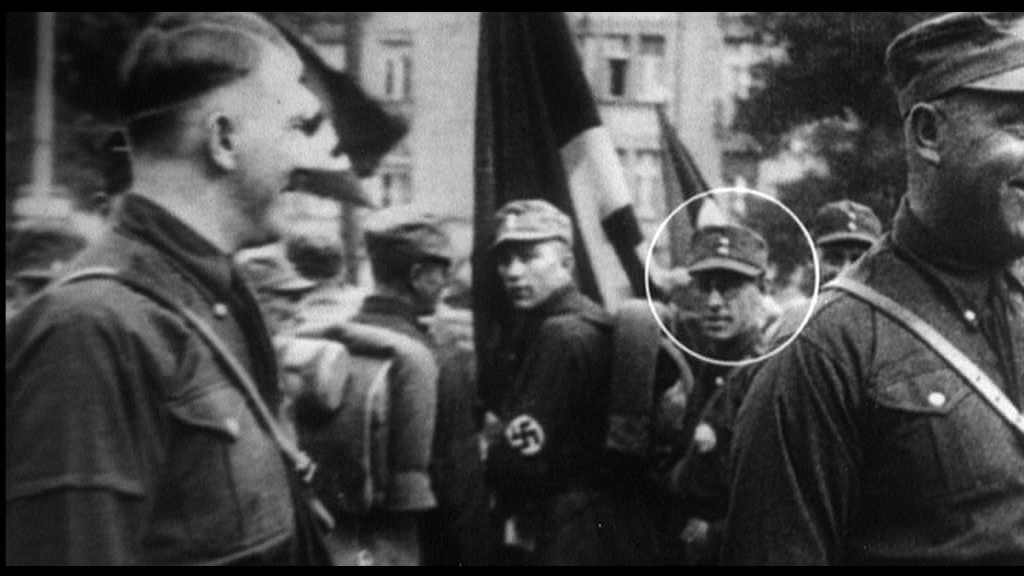 It’s not all serious social commentary—far from it. Like the best of Allen’s comedic work, and this is one of his finest, Zelig has witty sight gags and plenty of one-liners. Discussing Zelig’s parents, for instance, who take the side of the anti-Semite bullies who torment their son, the narrator observes in a classic Allen understatement, “They punish him often by locking him in a dark closet. When they are really angry, they get into the closet with him. On his deathbed, Morris Zelig tells his son that life is a meaningless nightmare of suffering and the only advice he gives him is to save string.”

Today, across the country, folks are celebrating (or not) the birth of the once and future king, Elvis. Countless books, films and articles have covered the man and the myth from the evangelical to the […]