This week we bid farewell to the patron saint of classic film, the venerable Robert Osborne. News of his death hit hard amongst the classic film community and beyond. Although he had been dealing with health issues in recent years and had taken an extended leave of absence from his hosting duties on TCM, many fans, myself included, hoped Osborne would eventually return in some capacity. While TCM has done a marvelous job of bringing in excellent new hosts and programming, the network won’t be the same without him; we will never hear those beautiful words “Hi, I’m Robert Osborne” again. I don’t know about you, but I’m not terribly happy about living in a world without Robert Osborne in it. His passing has left a giant hole in the heart of the classic film community. Fortunately, we have many beautiful stories of Osborne’s kindness and generosity in addition to interviews, books and articles featuring his knowledge and first-hand accounts of Hollywood legend and lore.

Robert was one of the last direct connections we had to glamorous old Hollywood. At the start of his acting career and later on with his writing, Osborne became close friends with many actors, including: Lucille Ball, Olivia De Havilland, Jane Darwell, Roddy McDowell, Robert Wagner and Bette Davis. It was under the guidance and advice of his friend and mentor, Lucille Ball, that Osborne abandoned acting for a career as an author and entertainment writer. This move proved to be the right one for Osborne, and his fact-based approach to writing about film landed him the coveted position of official historian for the Academy Awards. When Osborne helped kick off the launch of TCM in 1994, he not only brought his vast encyclopedic knowledge of film (who needs IMDb when you’ve got an Osborne!), but he also had a wealth of anecdotes and personal interactions with those movie stars of old Hollywood that were truly unique. 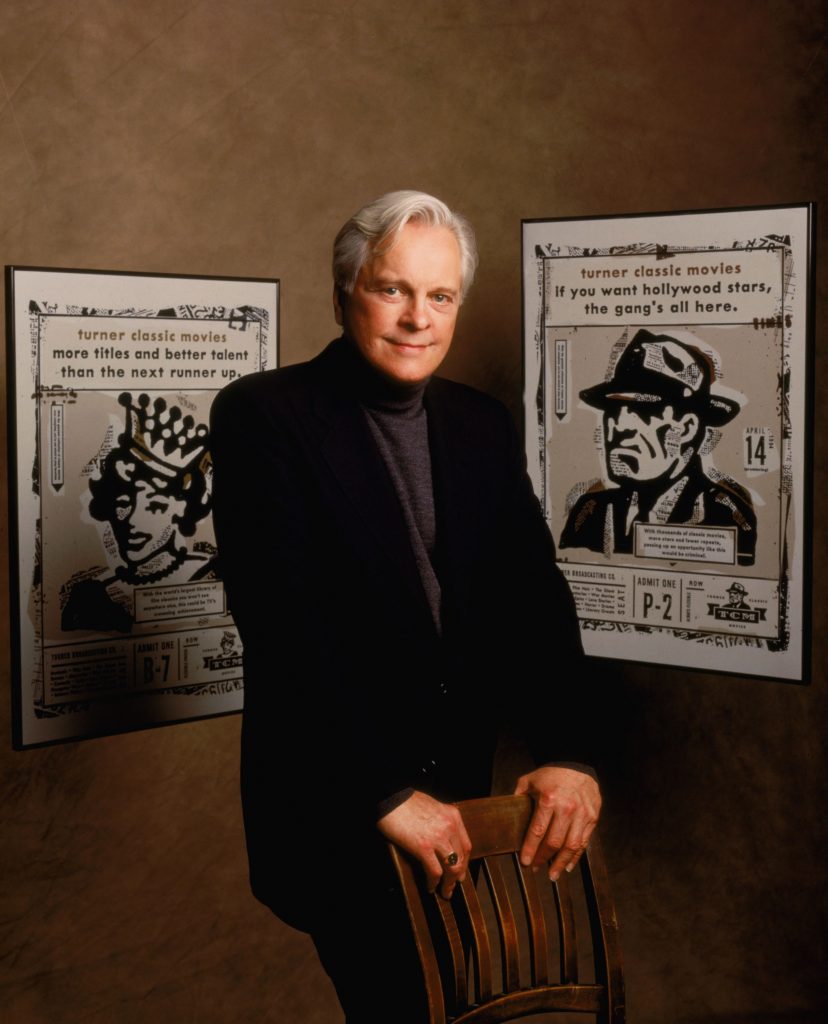 While Robert Osborne was long the face of TCM, he was so much more to his fans. He was like a member of the family. He was a teacher, mentor, counselor and friend. Ask any staff member at TCM about Robert Osborne, and you’ll quickly learn that he was loved by all; a loyal friend and extremely generous with both his time and talents. Viewers of TCM owe a lot to Osborne and his years of hosting, both on the network and at live events. Over the years I’ve heard stories how he and TCM helped someone during an illness, mourning the death of a loved one or maybe the loss of employment. In these hard times, many turned to classic film as an escape. Some found respite in the familiar sights and sounds of their favorite films, others embarked on new territory, never having seen a classic film or even knowing much about its stars, like Clark Gable, Cary Grant, Bette Davis and Katharine Hepburn. Welcoming Robert Osborne into our living rooms was an honor and a privilege; it was comforting to hear his voice and learn from his commentary. He shared his favorite films with us; introduced us to hidden gems and “lost” films; rang in the new year in a tux with a glass of bubbly; and interviewed numerous actors who normally wouldn’t grant such interviews, but gladly obliged because of Robert. He is also responsible for introducing classic film to a new generation. Each year at the TCM Classic Film Festival, I am filled with pure joy over the number of attendees in their 20s and 30s. In a time where instant gratification and obsession with the vapid celebrity are front and center, it’s incredible to see people who instead make the conscious decision to learn more about classic film, old Hollywood and its origins.

Robert Osborne made classic film accessible. Diehard cinephiles sometimes have a tendency to act elitist and snobby, which can be terribly off-putting to someone who doesn’t know much about classic film but would like to learn more. Robert Osborne opened the door and welcomed everyone to enjoy movies; there was never any condescension. For those who didn’t know Humphrey Bogart, or didn’t know that Marilyn Monroe actually made movies, or viewed Joan Crawford only as Faye Dunaway’s portrayal in Mommie Dearest (1981), Osborne was especially welcoming. Any chance to introduce these classic films, actors and the stories surrounding them was another shot at keeping them alive for the next generation.

For me personally, Robert Osborne is very dear. During a particularly difficult time in my life he kept me sane and gave me something to focus upon. Although I wasn’t a classic film “newbie,” I still had much to learn. After each film I watched, I would research the actors, directors and stories behind each production. Robert introduced me to Fredric March, an actor I was not incredibly familiar with, and didn’t care for initially because of a character he played in a film later in his career (Loren Shaw in Executive Suite [1954]). And then, thanks to Osborne, I saw March in some of his early work with Paramount. It was like I had been struck by lightning. I had to see everything starring March, and I had to know more about his career. During that initial search I realized that I wanted to do more than just learn about March, I wanted to research his career and write about him. Now I am several years into my passion project, something that gives me great joy and provides a much-needed creative outlet, and I have Robert Osborne to thank for that. I then discovered there were others like me, people who watch TCM and write about their favorite films and new discoveries. Over the years I made many friends within the online film community, some I hold very close. I was also very fortunate to meet Robert in person (including a visit to his set in 2012, written about here), as well as see him introduce many films at various screenings and festivals. He was approachable and extremely warm, treating me like an old friend.

So what do we do now that Robert Osborne is gone? While he can never be replaced, we can carry on his love of classic film and help keep it alive. With my six year old daughter, Ellie, I’ve been introducing her to classic film (including a recent viewing of Chaplin’s The Kid). She’s been around it since day one, with a wall full of posters in our living room and an extensive library of books and movies, and my slightly-obsessive collection of Fredric March-related original photos, posters, letters and other random ephemera. I am committed to seeing that she has a strong appreciation for classic film and knows how to view it through a modern lens. I know that Robert Osborne (who is lovingly referred to as “Grandpapa Robert” in our home) would be very happy to know that Ellie regularly asks to watch a silent film, or The Best Years of Our Lives (which she calls “the airplane movie”) or a Judy Garland performance, or listen to an album of Fred Astaire’s songs from his RKO days. I will continue to keep Robert’s memory alive by sharing these films with my daughter in hopes that one day she will pass her love onto her own friends and family. Share your love of classic film with your friends and family. Pass it along to your children, nieces and nephews. Doing so is the greatest gift we can give to Robert Osborne and the incredible legacy he’s left behind. We owe him that much. Let’s come together to keep his memory and life’s work alive for generations to come.

This piece was originally published at StreamLine, the official blog of FilmStruck on March 11, 2017 and can be found archived here. 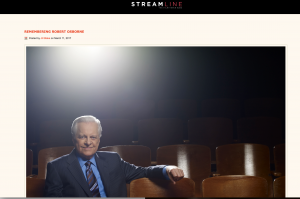