During the late 1960s and throughout the 1970s, Peter Bogdanovich conducted a series of interviews with one of his idols: the larger-than-life, enigmatic director, Orson Welles. During their conversations, which Bogdanovich released as a book in 1992, Welles discussed his favorite actors and directors, citing the ones he drew inspiration from during his own career. One of the actors that Welles considered the best to ever appear in front of a camera was James Cagney. Of Cagney, the director said, “[He] has just got to be called the number-one screen-filler in movie history. A displacer of air.” What Welles meant by this is that Cagney was the epitome of “star quality,” and used his experience as a stage actor to bring the biggest, most focused performance that could be captured on camera. Welles is right; with his 5-foot-5 body, Cagney used every bit of the camera. And not in a way that would be considered overcompensation because of his size. Cagney was a natural. His voice, depending on the role, could seamlessly transition from soft and lilting, to terrifying. He had the physical range of a dancer—even in the gangster roles he was most known for, Cagney’s movements were almost balletic.

During his days at Warner Bros., Cagney was mainly cast as gangsters and tough guys, and occasionally snagged a comedic or romantic role. While Cagney was incredible in these parts, he really considered himself more of a song-and-dance man, and would’ve preferred more of those types of roles throughout his career. And while we can cherish a few performances showcasing his musical skills, like Footlight Parade (1933) and his Oscar-winning role in Yankee Doodle Dandy (1942), it’s the gangster roles that have defined Cagney in pop culture. Looking back on his career, Cagney really had immense talent as a superb dramatic actor. At the end of his career in the 1950s, like many of his Hollywood colleagues, the actor had drastically slowed down his creative output. Instead of being forced to make seven or eight films a year under an oppressive contract with Warner Bros., like he had done in the 1930s, Cagney was able to carefully select his roles. Although many of these later films are not among Cagney’s most well-known, they are some of the actor’s best work. From his Oscar-nominated role in Charles Vidor’s Love Me or Leave Me (1955), also starring Doris Day; to John Ford and Mervyn LeRoy’s adaptation of Joshua Logan’s stage play Mister Roberts (1955); Robert Wise’s underrated western Tribute to a Bad Man (1956); and Cagney’s last film before his self-imposed retirement (he would return to the screen in Milos Forman’s 1981 film Ragtime), as the fast-talking Coca-Cola executive in Billy Wilder’s One, Two, Three (1961)—Cagney’s last performances were impressive works from an exceptional actor. But it’s Cagney’s intense role as Sean Lenihan in Michael Anderson’s 1959 film Shake Hands with the Devil that utilizes much of Cagney’s natural talent combined with his personal interest. 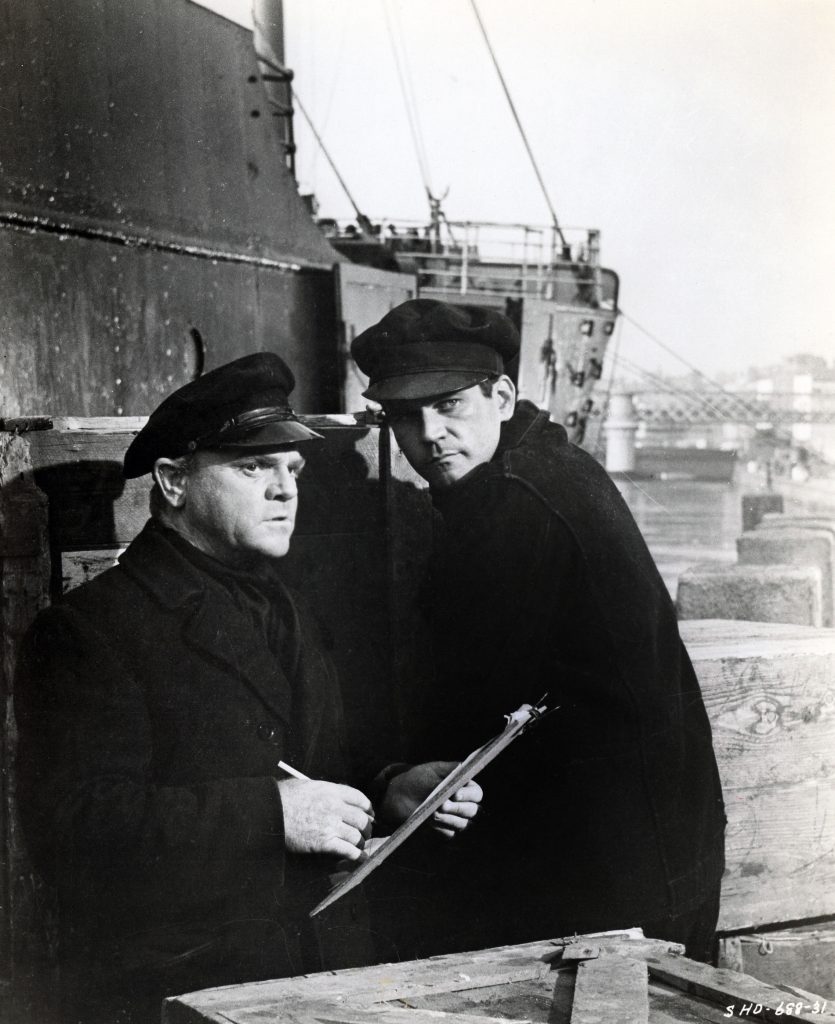 Set in Dublin in 1921, during the escalating war between the Irish Republican Army and the Black and Tans, Shake Hands with the Devil explores the complicated nature of the fight for freedom, independence and justice, and the violence and brutality that unfortunately comes with it. But at what point does the violence become too much? Cagney’s Lenihan has the qualities of a good man: he’s a skilled surgeon and a brilliant professor, teaching the next generation’s medical doctors. He cares about his country’s right to independence, using that passion, in addition to skills as a doctor, to be a leader in the underground militia fighting against British rule. Through a series of events, Lenihan recruits one of his students, Kerry O’Shea (Don Murray), an Irish-American who sympathizes with Ireland’s desire for freedom. He joins the IRA because he wants independence for Ireland and, ultimately, peace. This underground band of warriors is massively outnumbered next to the overreaching Black and Tans. But what the IRA lacks in men, they make-up in strategy. Their fight is a noble one, but Lenihan’s fierce desire for independence has warped and impeded his judgement, blinding him from the realization that conflicts like this are not always clear-cut. There are always innocent people on both sides. And even if someone is in the wrong, sometimes it’s better to give that person a second chance, even if it’s just to preserve some semblance of a moral center. In all the bloodshed, Lenihan loses sight of what he’s fighting for, crossing the line of basic human decency with his “eye-for-an-eye” style of retribution. (We all know this kind of strategy never ends well.) Even when faced with an opportunity to negotiate for peace, Lenihan scoffs. The only path to freedom for Lenihan is through bloodshed.

James Cagney, an Irish-American, was always eager to star in films where he could call upon his heritage to play a particular character. Although he had made many films about Irish characters, Shake Hands with the Devil was the first time Cagney actually filmed on-location in Ireland. Instead of treating him like a big movie star, the locals treated Cagney like one of their own. His portrayal of Lenihan is beautifully complicated, and draws upon those gangster/tough guy roles of his early career. The audience certainly understands where Lenihan is coming from, and sees that there is, or was, some good in him, but his “you’re either with me or you’re my enemy” stance is not only flawed, but extremely frustrating. There are several times where you just want to shake him out of his misguided haze. This is Cagney at his best.

This piece was originally published at StreamLine, the official blog of FilmStruck on May 27, 2017 and can be found archived here. 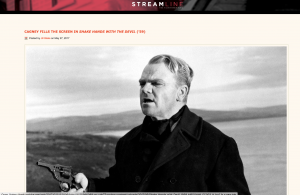