FilmStruck has just added programming dedicated to director Nicholas Ray, including six films he made throughout his thirty-year career and one documentary feature directed by his widow Susan Ray. One of the films included in this impressive lineup is Ray’s directorial debut, They Live by Night (1949), a film noir starring Cathy O’Donnell and Farley Granger. Adapted from Edward Anderson’s 1937 novel Thieves Like Us, Ray and fellow writer Charles Schnee (Red River [1948], Westward the Women [1951], The Bad and the Beautiful [1952], the latter earned Schnee an Academy Award), collaborated to bring Anderson’s story to the screen. Ray’s passion for the story impressed the film’s producer, John Houseman, and he made sure that Ray would have the chance to direct the film.

They Live by Night opens with an impressive and innovative tracking shot of a trio of convicts escaping from prison. With the help of two other inmates, both experienced bank robbers, Arthur “Bowie” Bowers (Farley Granger) escapes. Bowie was falsely accused of murder. Since he needs to hire an attorney to help overturn his wrongful conviction, Bowie needs money. The thought of robbing a bank is very appealing to Bowie, despite him being a pretty decent, if misguided, kid. In his reasoning, if he gets enough money from the bank job, he can hire the lawyer and then live a clean life. After the crime is committed, the men hide out in a gas station. It’s there that Bowie meets a young woman nicknamed “Keechie” (Cathy O’Donnell). The two hit it off immediately, and Bowie envisions a chance for him to go straight. So of course, their romance is doomed from the start. 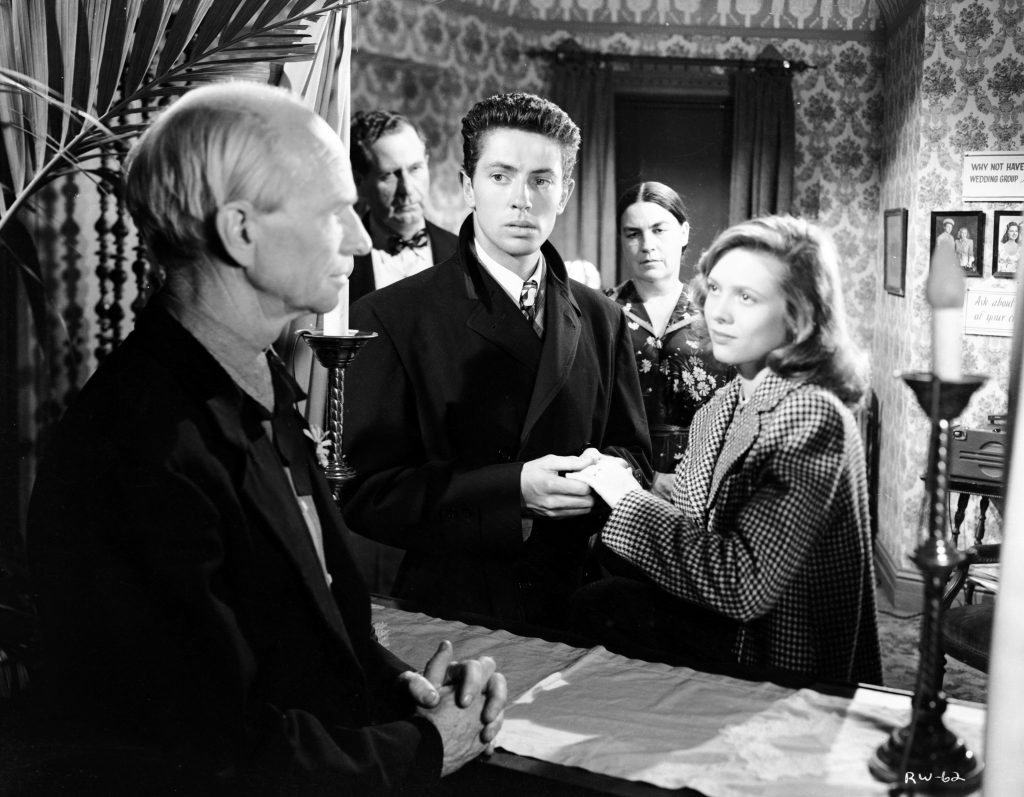 Bowie and Keechie break away from the other convicts and get married. The newlyweds find a roadside motel managed by a single father and his young son. Bowie and Keechie’s desire for an isolated cabin as a hideout is mistaken for a newlywed love nest—a perfect cover to keep them safe. For a time, the young couple is happy; but the stress of getting caught, and the guilt of the crime weighs heavily on both of them. While they never turn on one another, Bowie and Keechie take their stress and paranoia out on each other. And when Keechie informs Bowie that she’s pregnant, he’s far from excited. Even Keechie snaps that she isn’t happy about it either: “You don’t see me knitting anything, do ya?” (Gets my vote for one of the greatest lines in any crime drama/film noir.) The young lovers reconcile and even embrace their roles as expecting parents, but all the planning put forth for the life they want is all a pipe dream. 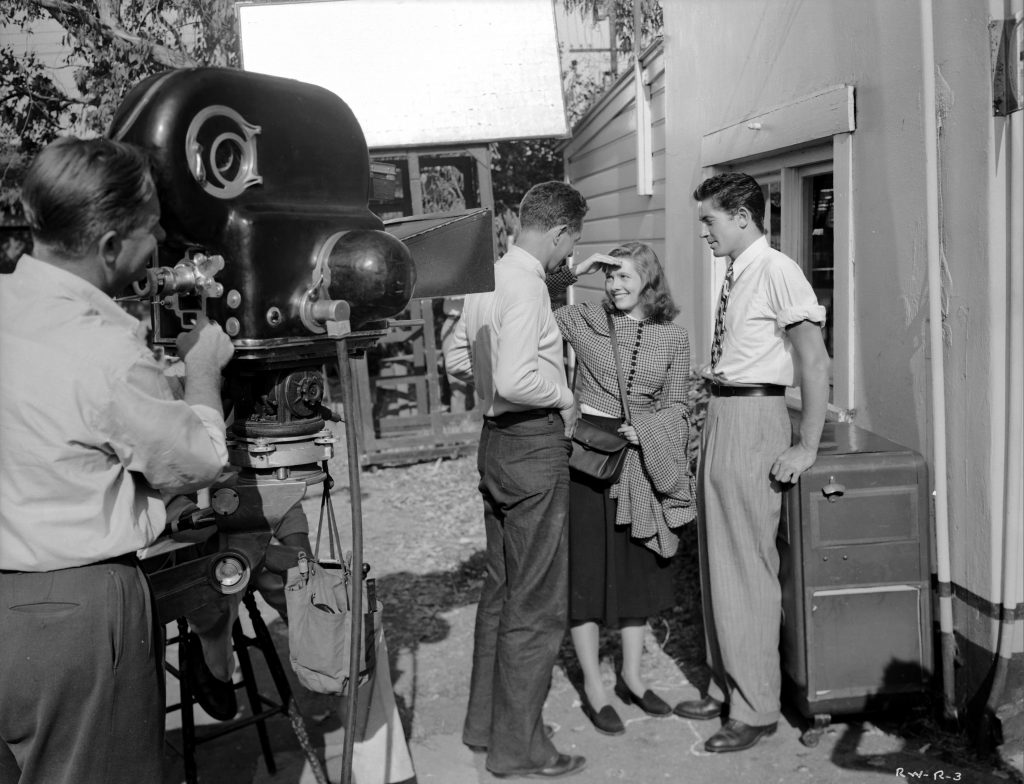 In addition to They Live by Night being Nicholas Ray’s first directorial effort, it was also quite important for both Farley Granger and Cathy O’Donnell. While Granger’s film career was relatively short-lived (he had a successful run as a guest star in numerous television programs throughout the rest of his career), his performance in They Live by Night impressed Alfred Hitchcock, and the director cast the actor in Rope (1948), alongside James Stewart and John Dall, and later in Strangers on a Train in 1951, also starring the great Robert Walker. Granger reunited with O’Donnell in 1950 for Anthony Mann’s Side Street – another tale of a doomed romance between two lovers. As for Cathy O’Donnell, They Live by Night was the first major film she had made since her debut as the kind-hearted girl-next-door, Wilma, in William Wyler’s The Best Years of Our Lives (1946). O’Donnell’s performance in that film demonstrated her ability to play the good girl, which she tapped into for her role as Keechie.

Nicholas Ray was given great artistic freedom on the production of They Live by Night – virtually unheard of for a new director. Ray’s directorial debut is often compared to that of Orson Welles with his masterpiece Citizen Kane (1941). While They Live by Night isn’t necessarily on the same  scale as Kane, Ray did experiment with different camera techniques and sound, taking the film from a “B” picture to something much more. Unfortunately, Ray never quite got the same level of freedom as he enjoyed on this project. He would fight for his artistic choices the rest of his career. On the heels of this film, Ray made the noir A Woman’s Secret (1949) with Maureen O’Hara, Melvyn Douglas and his wife Gloria Grahame; Knock on Any Door (1949), produced by and starring Humphrey Bogart; and arguably his finest film In a Lonely Place (1950), also starring Bogart and Grahame.

Over the next couple of weeks, I’ll be revisiting and covering two more of Ray’s films: On Dangerous Ground (1951) with Robert Ryan and Ida Lupino, and Bigger Than Life (1955) with James Mason, Barbara Rush and Walter Matthau. I encourage you all to revisit these great films as we highlight the career of Nicholas Ray.

This piece was originally published at StreamLine, the official blog of FilmStruck on June 3, 2017 and can be found archived here. 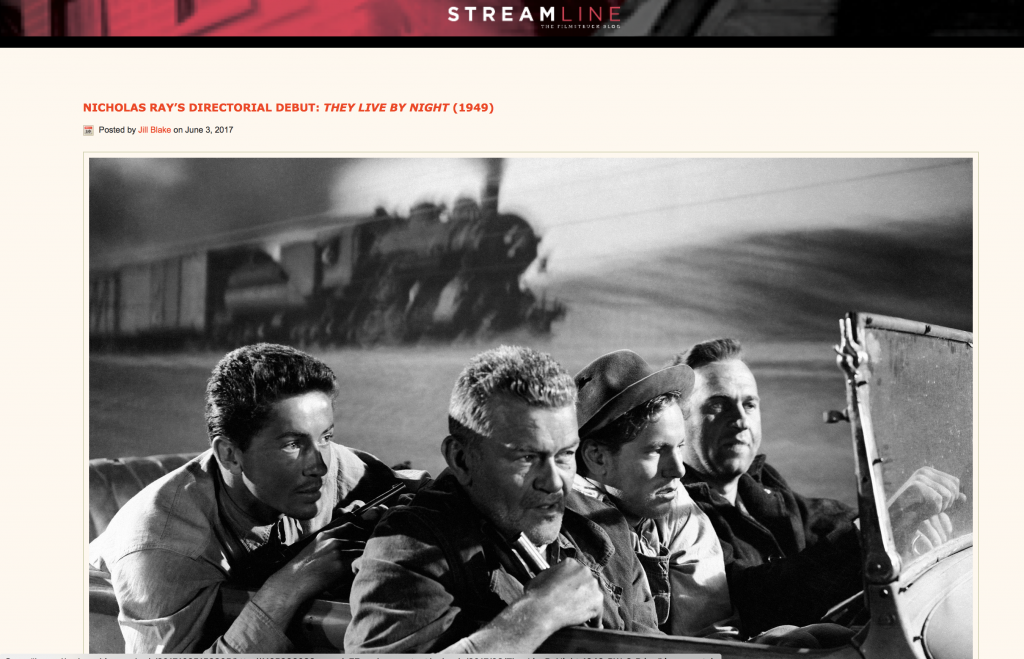 In his book Hollywood Genres, film scholar Thomas Schatz mobilizes an evolutionary model to describe film genres. For simplicity sake, Schatz posits that a genre essentially moves from classical to baroque in its style and conventions […]