Few films have been so passionately apotheosized as Carl Theodor Dreyer’s reconstruction of Joan of Arc’s historical trial and execution. What more can be said about its style, its acting, its editing, its impact on the industry, its influence on cinematic art; how the film epitomizes and transcends then contemporary cinematic movements like Soviet montage, German Expressionism, and the French Avant Garde? How many believe Renée Jeanne Falconetti’s single onscreen role has yet to be bested by any other piece of film acting? How the film is both a faithful historical recounting of the trial and a post-modern fragmentation of moods, emotions, and inner worlds into disparate, unrelated medium shots and close-ups? The task of adding to the discourse seems blasphemous in its presumptuousness; how could anyone add anything that hadn’t already been stated ad infinitum by wiser, more devoted scholars? 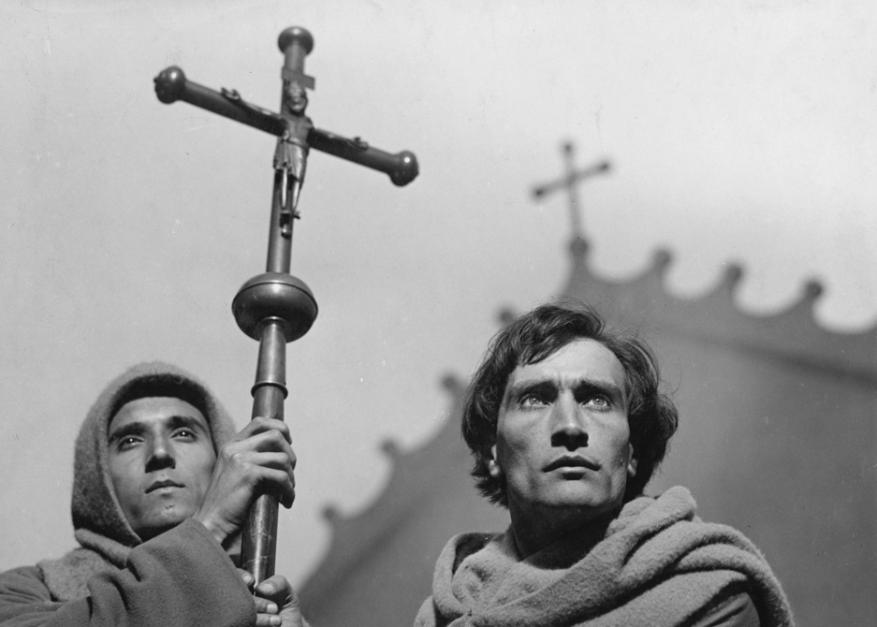 Count the pieces written on The Passion of Joan of Arc and with them build a museum. Carve the foundations from folios, the atrium from articles, the roof from reviews, the doors from dissertations. Pave the floors with every frame zealously scrutinized by decades of scholars, filmmakers, and audiences since its release in 1928. And in the central room, place a portrait of Renée Jeanne Falconetti as the terrified but unbroken Maid of Orléans, kneeling in religious rapture as she receives her final communion.

One of the few ways contemporary audiences have been able to directly engage and interact with the film in new ways is through the medium of music. Every few years a new musician or composer tries their hand at creating a new accompaniment. Of these, our friends at the Criterion Collection have curated three for inclusion in their recent Blu-ray release of the film. Through them, we get a glimpse at how generations of artists have confronted, understood, and challenged one of the immortal triumphs of the movies. 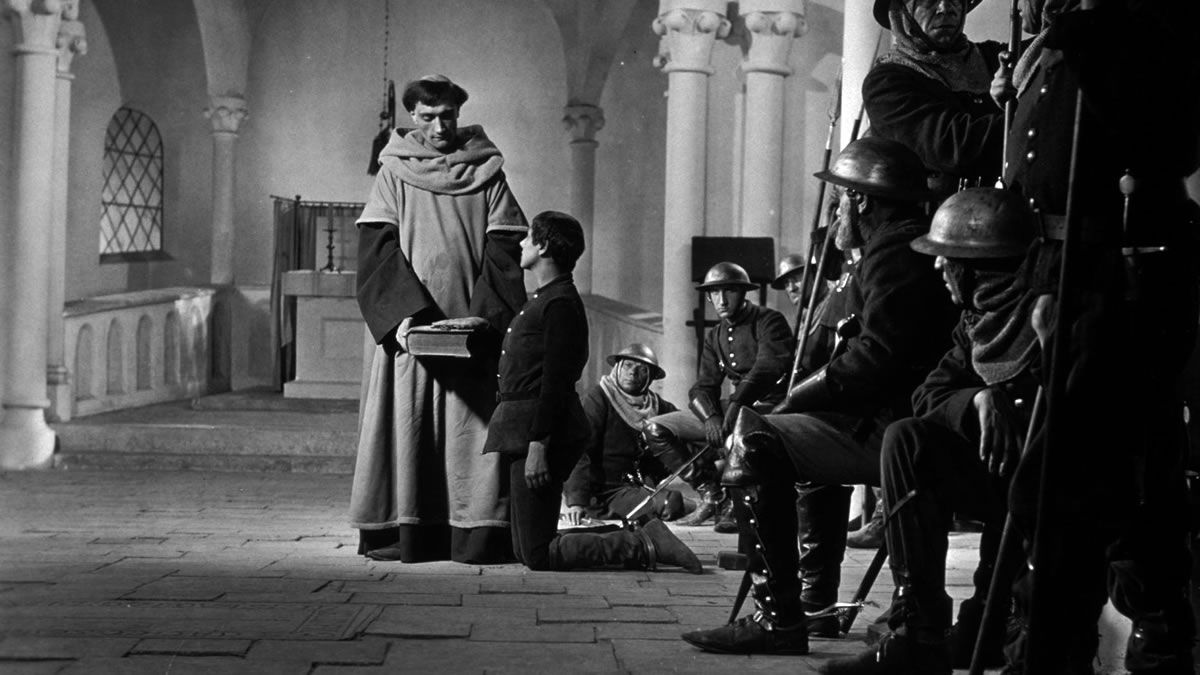 The first is perhaps the most traditional of the three: Mie Yanashita’s 2005 solo piano score. From its opening descent of dissonant chords and slow left hand arpeggios accompanying the first interrogation scene, it’s apparent that it aims to match the mood of the film without drawing too much attention to itself; unlike the other two soundtracks which seem to compete with the images, Yanashita allows her music to fade into the background. It’s a fitting choice, considering how the piece is paired with the version of the film that runs at 20 frames per second, an approximation of the original camera speed in which it was recorded and presented in the 1920s. Unlike the 24 frames per second cut where the increased speed results in the characters sometimes appearing jerky and robotic in their movements, here the performers seem the most human and lifelike. This print is an act of historical reconstruction, and Yanashita does just enough to lubricate the images with sound so they can be appreciated by modern audiences unaccustomed to silence. 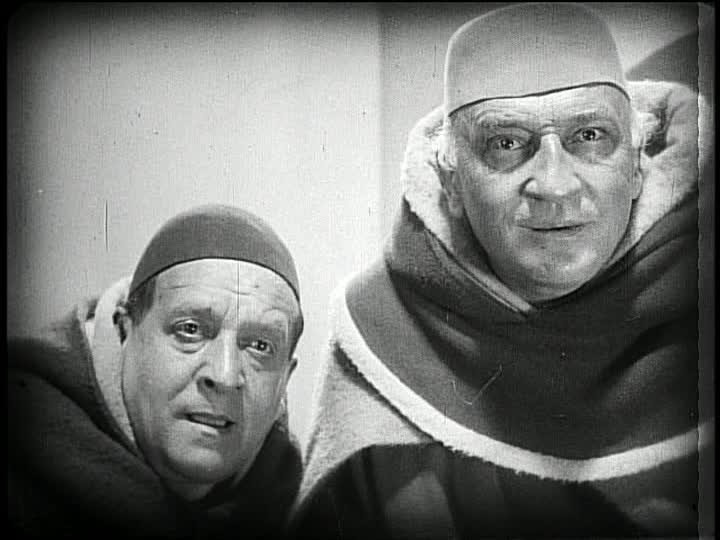 The second score is perhaps the most famous: Richard Einhorn’s choral Voices of Light. This soundtrack reveres the film less as a film than as a mystical witness of an authentic act of martyrdom. In an included interview, Einhorn explains that he didn’t want to underline the emotions, he wanted to add “emotions and nuance and ambiguity.” To this end he embarked on a period of intense study and historical research, learning as much as he could about Joan’s life and death, even traveling to her hometown in France to record the sound of the bells in her old church. The vocal lines are modeled after slowed Gregorian chants and feature text borrowed mostly from works by medieval female mystics. Einhorn even allows room for interplay from the orchestra: a swaying cello accompanies Joan reciting the Lord’s Prayer at her questioner’s command; nervous, jagged violins shriek when she suddenly recants her forced confession. Yet the voices are always at the forefront like an ethereal choir of angels commenting on the action. It climaxes beautifully with a single choral declaration of “Joan” when she utters her last word on the stake—the name of Jesus. In doing so, Einhorn completes his auditory record of the passion of a saint who suffered and died at the hands of invaders, much like her savior did so many centuries before.

The last soundtrack is the most experimental, a strange and occasionally eerie score by Portishead’s Adrian Utley and Goldfrapp’s Will Gregory. Utilizing neither Portishead’s chilly trip-hop beats nor Goldfrapp’s synths, it seeks to plumb the interior headspace of someone undergoing spiritual ecstasy through the use of orchestral droning and choral interrogations. Take the opening scene which combines menacing drums, buzzing brass, and whispers. Are these the fireworks in the mind of a distressed religious ascetic? What of Utley and Gregory’s later use of quarter tones, vocal ostinatos, and non-period appropriate instruments? Do these externalize the political, religious, and societal pressures bearing down on the audience around Joan during her final hours? Whatever the case, the more untraditional scoring transitions to more plainly liturgical music in the second half, almost as if the threat of impending death caused a possibly awakening to reality for the doomed teenager. 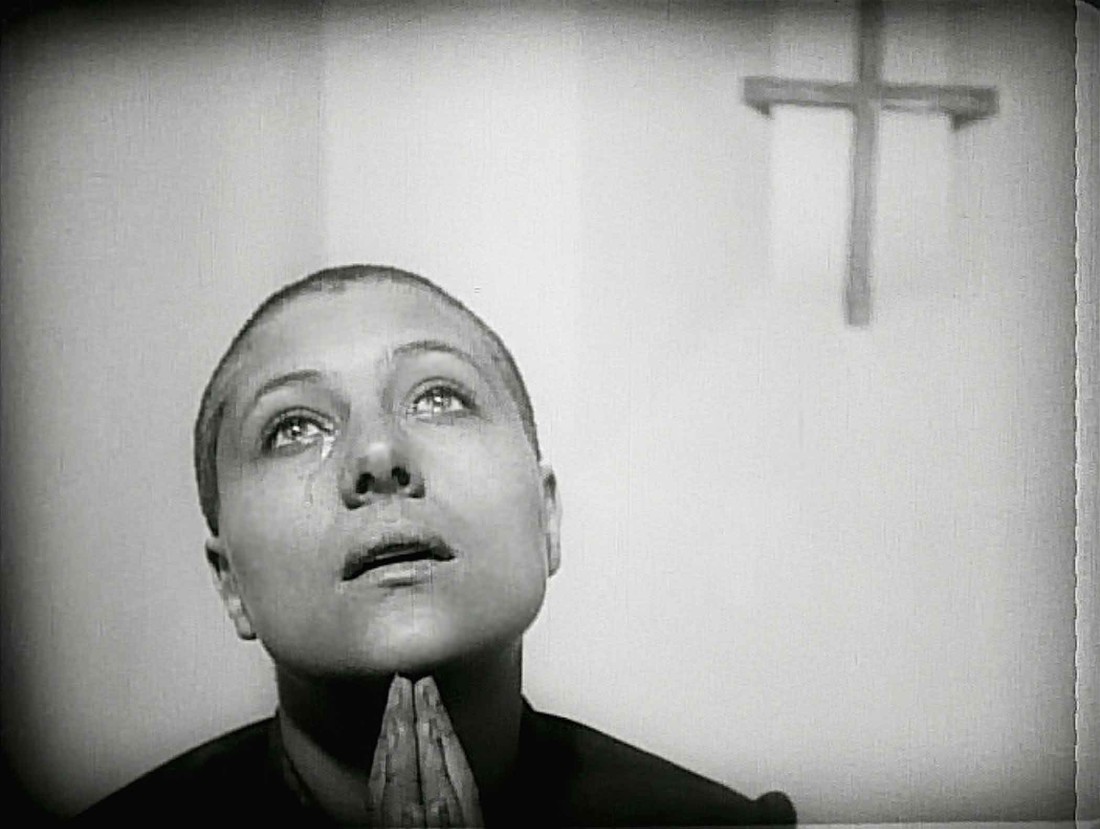 These three scores emphasize different assets of the film: Joan as silent film history; Joan as religious revelation; Joan as mental case study. All are valid, and preferably all three should be enjoyed in their turn. There is no “correct” way to regard a great work of art: its endurance comes in the complexity of its reception. And thanks to this new Blu-ray edition, modern audiences have never enjoyed a more intimate opportunity to come face to face with Dreyer, Falconetti, and the Saint herself.

Howard Hawks supposedly bet Ernest Hemingway that he could make a good movie out of the author’s worst book. That book, it was decided, was Hemingway’s 1937 novel, “To Have and Have Not.” And the […]