The middle of August is a time of celebration and contemplation for the Japanese people. As the last gasps of summer heat sighs into the cooler months of autumn, the rainy season ushers in a period of fire and festivals. On the fifteenth, much of the nation returns to their ancestral homes for Obon, the night when the Japanese believe their beloved dead visit their family alters. Floating lanterns glide down rivers, folk dances swallow village squares, and bonfires light the spirits’ way back to their graves. But there was little celebration on the night of Obon 1945. The country was drowning in an unwinnable war. One by one they had surrendered their island garrisons to American marines. Their shrunken holdings in Manchuria were threatened by the specter of Soviet Russia. And their civilian population was still reeling from three of the worst bombings in human history. In March, American planes unleashed a napalm rain on Tokyo, turning 16 square miles of the capital and nearly 100,000 of its people into ash. And barely a week before the fifteenth, the cities of Hiroshima and Nagasaki were annihilated by the first and only uses of atomic weaponry in human history. 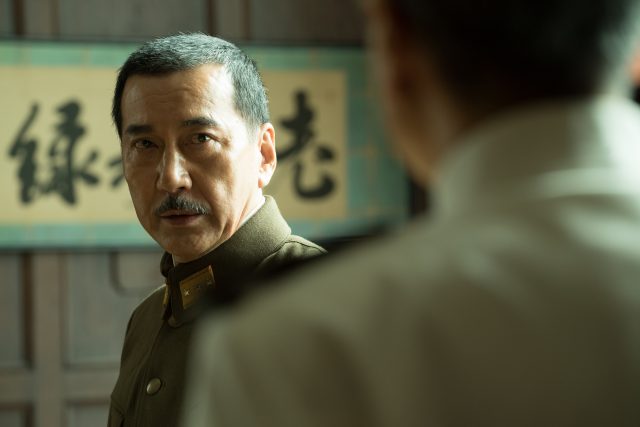 In the face of such inconceivable human loss and the threat of cataclysmic foreign invasion, the emperor Hirohito chose to end the war and accept the Allies’ Potsdam Declaration calling for the unconditional surrender of Japan. And so at noon on August 15, the day of Japan’s ancient ancestral festival, the emperor gave the now legendary Jewel Voice Broadcast announcing his decision to his people. For most Japanese, it was the first time they’d heard the voice of the man they’d been raised to see as a literal god. Many couldn’t even understand his flowery, archaic Classical Japanese. But the people knew that such a broadcast could mean only one thing: defeat.

Masato Harada’s The Emperor in August (2015) seeks to tell the story of this address and the tense days of political bickering leading up to it. A remake of Kihachi Okamoto’s beloved Japan’s Longest Day (1967), the film is a gentle sigh of resignation at one of its nation’s defining moments. But it is this very docility that makes it such an odd film, for it also reconstructs the Kyūjō incident—the failed military coup d’état that tried to stop Japan’s surrender.

The film centers on a handful of historical figures chosen by Hirohito to advise him in the wake of the three great American bombings. Some of the portraits are delicate and melancholy, none more than Prime Minister Kantarō Suzuki (Tsutomu Yamazaki), an aged statesman wearied by more than a decade of war. We know from the very beginning that his will be one of the only voices of pragmatic reason— one of his first scenes sees him composing a statement of condolence to the American people for the death of Franklin Roosevelt. He knows that surrender may bring humiliation, but it will also ensure their own people’s survival. But many of the characters are stubborn and belligerent, none more than Kenji Hatanaka (Tori Matsuzaka), one of the coup’s chief conspirators who inspires his radicalized men to prepare themselves for the ominously titled “Decisive Battle” where all of Japan’s twenty million civilians will supposedly sacrifice themselves to drive out American invaders like the Soviets did against the Nazis. Watching the hawks and doves seethe and scheme, we realize that these officials fall into two camps. But said camps don’t represent war and peace; they both stand for continuation. For Suzuki, it’s the continuation of Japan. For Hatanaka, it’s the continuation of the war for the sake of honor.

And then there is Emperor Hirohito himself (Masahiro Motoki). Despite the film being named after him, he’s at most a superficial figure within this drama. His few scenes are dominated by distracted discourses on zoology, tedious government meetings where he sits unmoving for hours, and moments of tortured, quiet introspection. We see him as an essentially passive, reactive man. But notice how cinematographer Takahide Shibanushi always lights his scenes so his glasses seem to shimmer with reflected light, suggesting his calm demeanor is only a surface covering for a mind whirring with urgent lucidity. 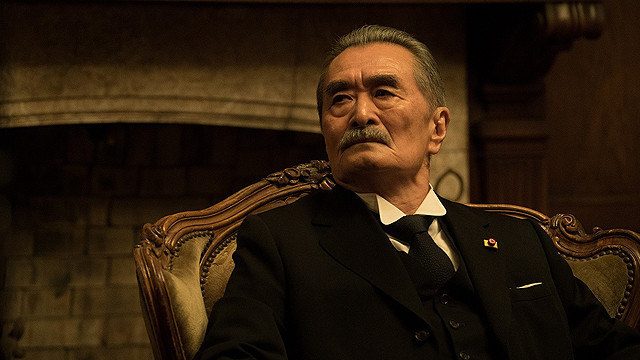 Our friends at Twilight Time recently released The Emperor in August with a beautiful Blu-ray transition that sumptuously captures the sublime yellows that dominate the film’s somber color palette. But for all its visual beauty, many might be turned off by its distended runtime which, while technically shorter than Okamoto’s original, still feels overlong due to interminably casual pacing. The film feels as detached as Hirohito, somehow mistaking austere objectivity with sententiousness. Too often the film seems concerned with communicating what happened during those fateful August days instead of why they happened. The result is a film that achieves the dubious distinction of seeming both hollow and bloated at the same time.